If you were a child of the 80’s, there is no doubt you had or played Hungry Hungry Hippos at some point. You also couldn’t escape the earworm from Hasbro‘s campy commercial that played endlessly on Saturday mornings.

My family owned a copy, but more often than not there were only two of us (sometimes three) available to play it. As you remember, Hungry Hungry Hippos supported up to four players, and if there wasn’t the full compliment of people to play it, marbles seemed to get stuck. It just wasn’t as fun. 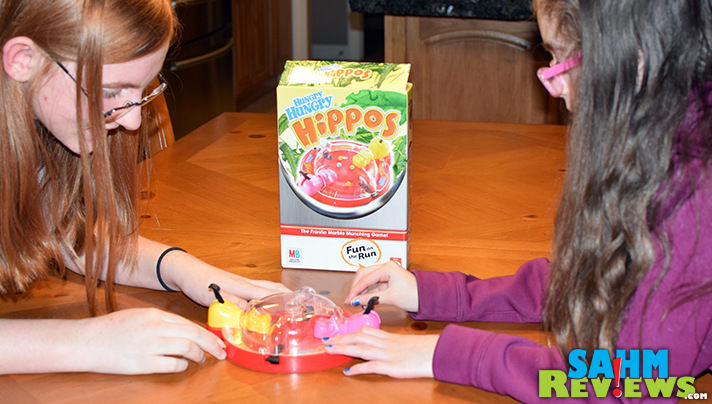 Last week I spotted a new version on the shelves of our local Goodwill, and at 88 cents I couldn’t pass up the opportunity to relive those memories – even if in a smaller form. As a bonus, this travel version only had two hippos! I guess they couldn’t fit four in such a tiny box! 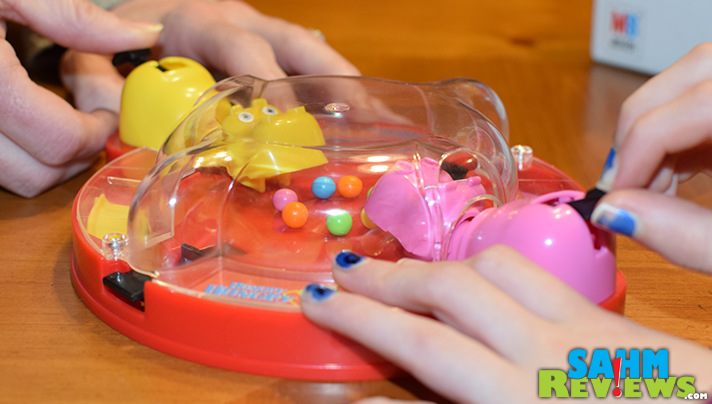 The rules are basically the same as you remember. Make sure all of the marbles (in this case tiny balls) are in the center of the play area. One person calls out “1, 2, 3, Go!” and both of you hit the lever as fast as you can. Doing so makes the mouth of the hippos open up and move forwards in an attempt to grab one or more of the quickly moving marbles. 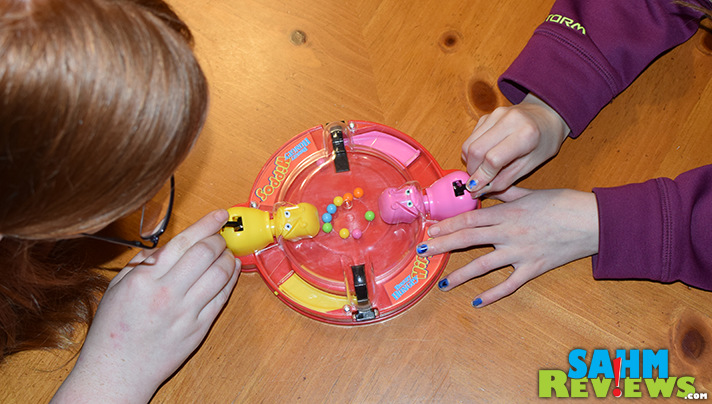 Each round will only take a handful of seconds, and the person who collects the most wins! Of course in a game like this, multiple rounds are needed to prove you are the fastest hippo in the land.

And not only does it support two players, it is portable! Grab it for a car ride or your next family vacation. I’m sure the people in the airplane seat in front of you won’t mind the noise and vibration! So pick up a copy from Amazon for under $10 shipped and start earning those frequent flyer miles!