Have you ever lost a game and thought to yourself how much different the results may have been if you had the cards, dice, tiles or pieces that your opponent did? I think about it every time that I play a game and end up with the proverbial “Q” without the matching “U” to play. Bad dice rolls may prevent me from getting the options I want in Bora Bora. Or poor card shuffling in Flip City. So often I shake my head and swear I would have excelled if things had started differently. 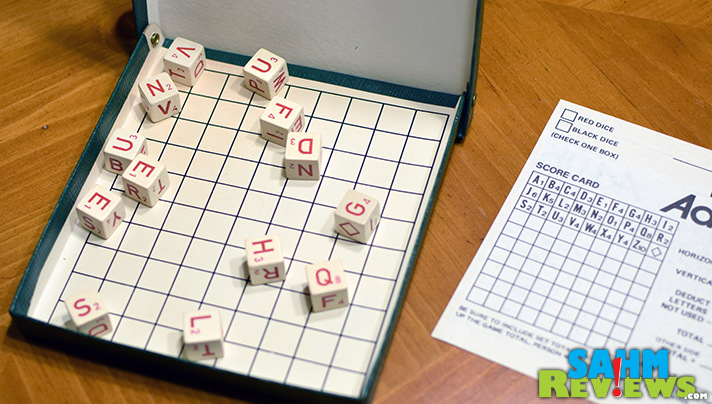 Of course, leave it to Goodwill to help me find a game that ends my complaining: Duplicate AdLib Crossword Cubes. Released in 1976 by Milton Bradley, the two-person game is best described as a cross between Boggle, Scrabble and Bananagrams. The concept is pretty simple and the playing field is completely level. 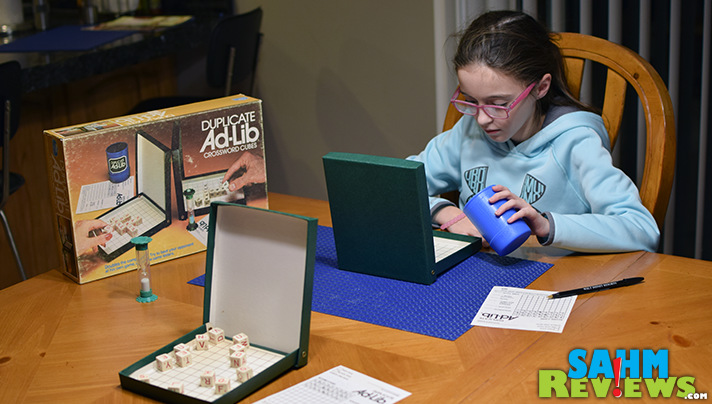 The game consists of two playing boxes, 13 dice each, tumblers, score cards and a timer. Each player sets up their box using it as a screen from their opponent. 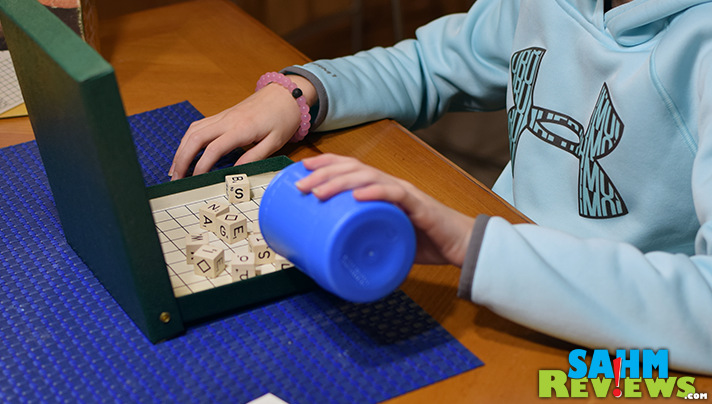 They roll the dice into their box and record the dice tiles on the score card. Once both players have recorded their letters, the timer is flipped. In the allotted time, each player tries to utilize as many of their letters as possible to create a crossword puzzle. All words must be interlocked to be valid, but if younger kids are playing you can create house rules to allow them to create ungrouped words. 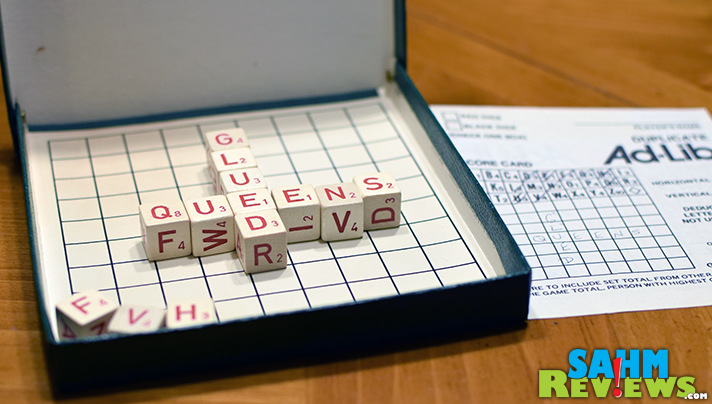 When the timer runs out, you’re done. Record the words on the score card, total up the number of points in the words then subtract any letters not used. Close your box, shake it to rearrange the letters and hand it to your opponent.

The boxes are designed to be the same height as the dice so when you shake it the letters should move around side to side but not flip or invert in any way. That’s the theory, anyhow. The problem is that this game is 40+ years old so the boxes have warped a little allowing some dice to flip. Before starting the next round, we reference what we originally recorded to ensure each opponent is using the exact same letters as their opponent. See? Level playing field! 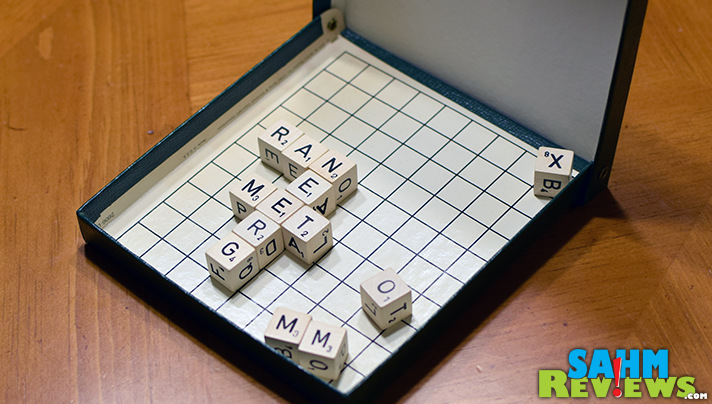 The timer is set again and the process repeated using the opponent’s dice. At the end of the second round, you score in the same method as the first round then compare the combination of the two. The player with the highest score wins.

The game is easy to learn and extremely quick to play. I think we spent more time verifying the letters in round 2 than we did playing the rest of the game. We discovered it is best just to rotate the tiles manually before closing the box then carefully hand the box over.

Whether you like word games or are looking for educational games, this is worth adding to your game arsenal. You may be lucky and find one at your local thrift store or you can pick up a copy of Duplicate Ad-Lib on eBay for next to nothing or find it on Amazon.