Can I tout how much I enjoy abstract games again? In the 70’s and 80’s there seemed to be a new one coming out almost weekly, and now we’re happy to be finding them at our local thrift stores and Goodwill. I was extra excited to find a copy of Domination by Milton Bradley recently, not only because it is a really well-done game, but because even though it was issued in 1972, this copy had never been played.

Even the box showed very little wear, but the tell-tale thing that made us realized no one had tried it was the sheet of stickers. I mean, when you open something and see that there are stickers to apply, what’s the first thing you do? Apply them! Our copy of Domination still had its original sticker sheet, shiny and perfect as the day it was printed. Obviously the previous owner hadn’t given the game a chance.

Domination is much like a 4-player version of checkers. Originally named “Focus” and first issued in 1963, our version was renamed to Domination by Milton Bradley when they introduced it to the United States in 1982. Considering its rather long international success, we’re surprised to learn it hasn’t been issued in any form since 1997 in Europe. 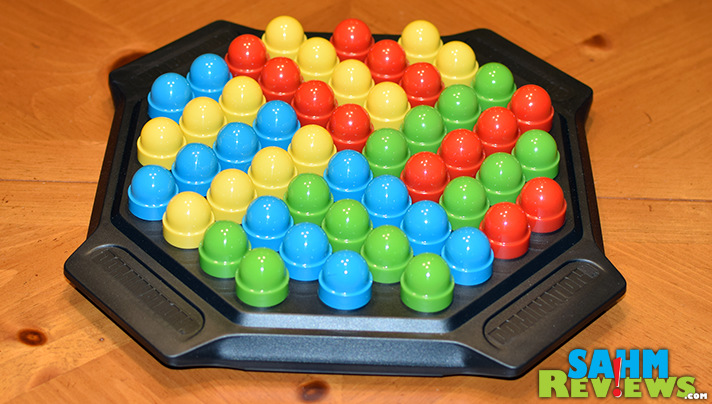 Depending on the number of players playing (2-4), there are rules on how to set up the board. Your goal is to ultimately control all the pieces on the board or push your opponent into not being able to move at all. 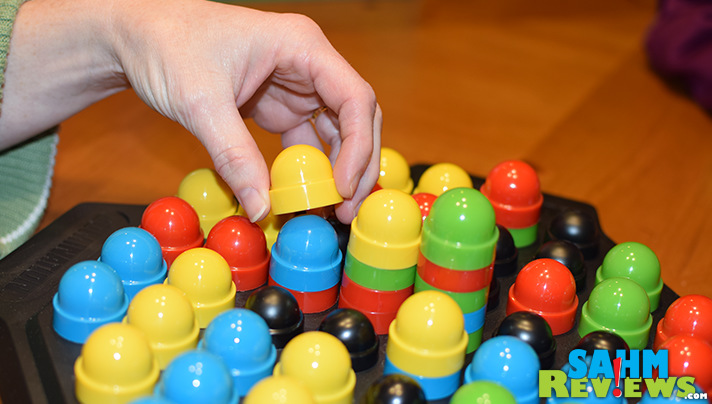 On your turn you will get to do one of the following moves. Either make a single move by moving one of your color pieces one space horizontally or vertically (but not diagonally). You can move it to an empty space or one occupied by other pieces. If you do the latter, simply place your piece on top, creating a multi-colored stack.

Or you might choose to make a multiple move. If you control a stack (having your piece on top), you can move it up to the total number of spaces equivalent to the number in your pile.

When doing so, you might also elect to split your stack, especially if you have another piece in the middle. When you split, you move the upper pieces up to the number of pieces removed (again, horizontally or vertically). The bottom pieces remain in place. 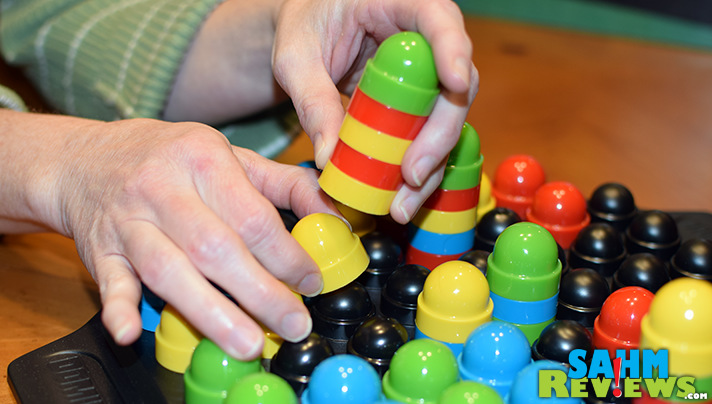 Create a stack more than 5 high and something special happens. Save the top 5, and remove the bottom pieces from play. If they are one of your opponent’s colors, those are removed from the game. However, if you capture one of your own pieces you then get to save it until the right moment to reintroduce it onto the board. Instead of moving anything on your turn, you would simply place that piece anywhere on the board, even on top of another stack.

These reserve pieces are extremely powerful, and the instructions even suggest to “amass reserve pieces and wait until the end of the game to play them to top off strategically positioned stacks”. 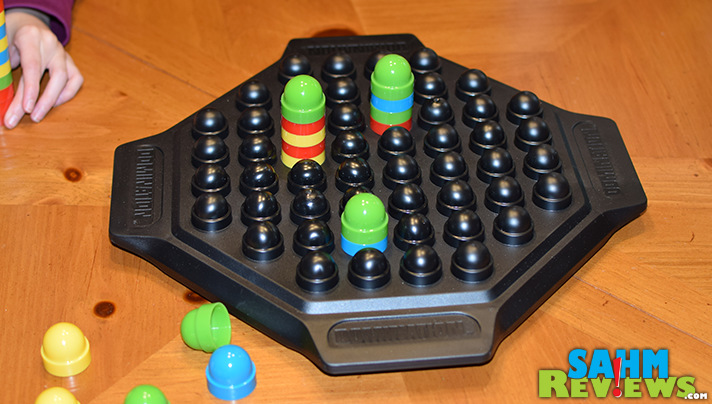 Depending on the skills of the players, expect a game to last anywhere from 20 minutes to over an hour. A bit longer than Checkers, but much less than Chess. There are a number of sellers offering it on Amazon for under $10 as well as on eBay. Domination is a very solid abstract game that I wish was still in print. You don’t find too many that support four players, and this game does it well. Do keep an eye out for it!

Are you more of a Checkers or Chess person?