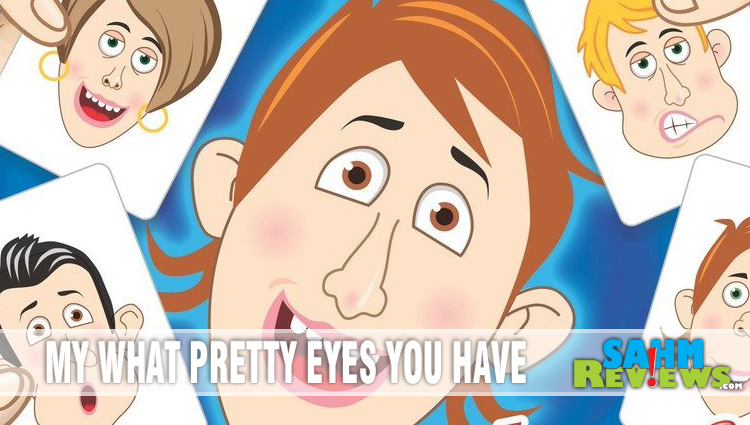 I know I’ve mentioned many times how I’ve noticed my reflexes waning as I age. Not enough to warrant losing my driver’s license, but just enough that playing any type of game where fast action is a key mechanic has me at a disadvantage. Especially when competing with two sugar-filled daughters. Our latest favorite fast-action card game is Face Chase by R&R Games. And this isn’t just your typical turn-over-a-card-and-match-it bore. This one has a twist – you only match PART of the card! 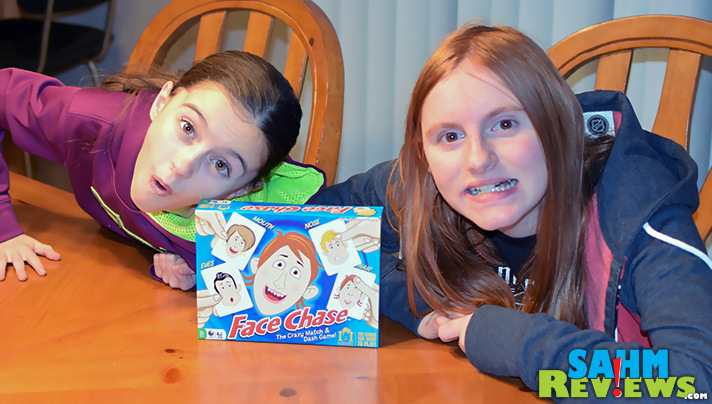 How excited were the girls to play this one? The game itself is accurately rated for 5-10 minutes per round. They spent more time than that trying to recreate the goofy faces on the cards even before we began to play! Like I said, sugar-filled… 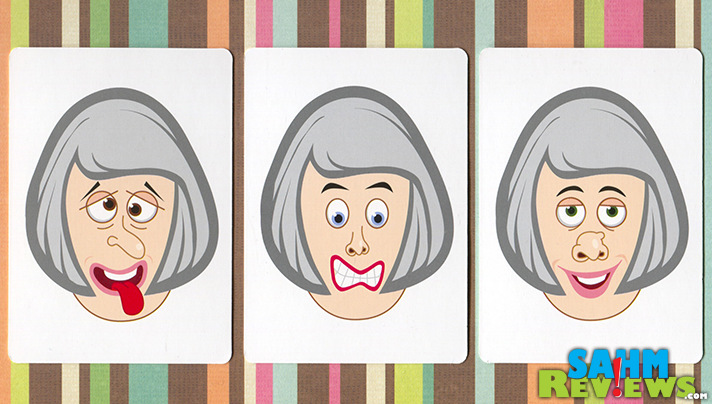 In the box you’ll find a custom game board along with 64 double-sided playing cards. Each card has a different face on it. There are eight possible versions of each important feature – hair, eyes, nose and mouth. Look closely at the above example. While the lady has the same hair, each card has a different set of eyes, a unique nose and a distinctive mouth. 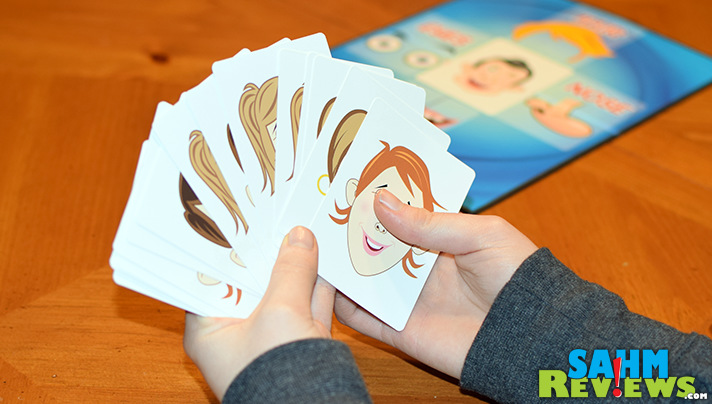 The entire deck is dealt out to all players (up to five), making sure everyone receives an equal amount. One card is saved to put in the middle of the board and any extras set aside for the next round. 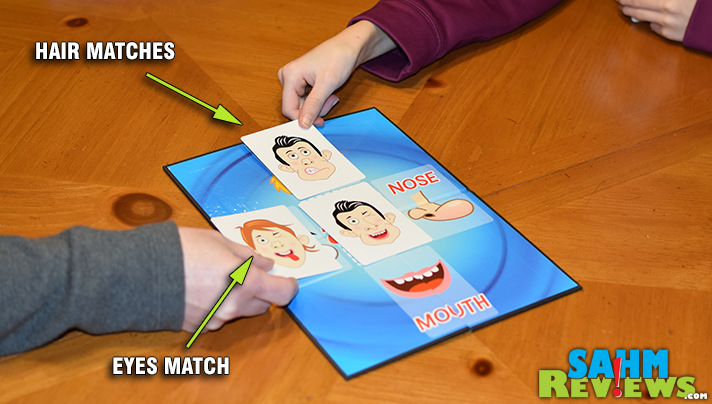 To begin, the middle card is flipped over, revealing a different caricature on the other side. Players now race to find a card in their hand that matches one of the listed features. Either side of your card can be used, and only one match is allowed per round per feature. You try to match as many as you can, playing your card to the board and locking your opponents out. 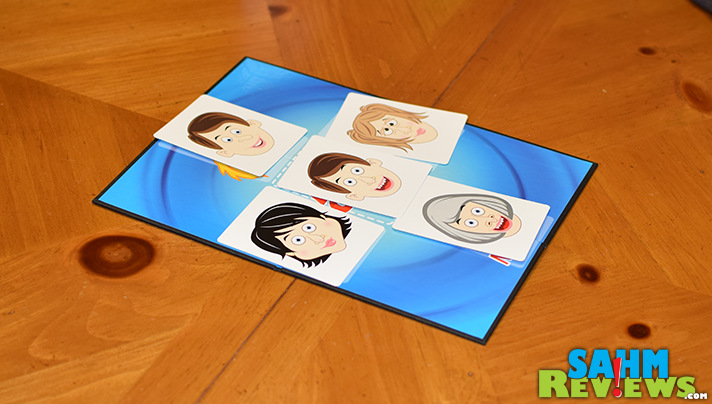 Once all four features have been matched one time, the middle and three of the outer cards are discarded and the last one now moved to the center to be flipped over, starting the next round. 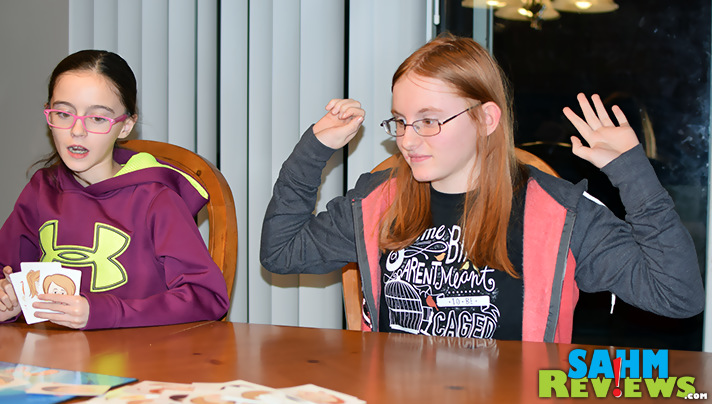 Continue to find matches, trying to match multiples in a turn. The first player to rid their hand of all of their cards wins the game!

Face Chase turned out to be a quite satisfying matching game thanks to the unique mechanic of needing to make four matches before a new card is revealed. Having double-sided cards definitely added a twist as well, and makes it next to impossible to arrange your hand in order by anything.

As far as matching games go, for under $15 this is a great value. You can find copies on Amazon or direct from R&R Games. You might remember R&R Games as one of our favorite publishers. Hanabi, Igor and Coal Baron continue to be game night favorites, and they have a huge number of great titles to check out on their website. They’re pretty active on Facebook and Twitter, so give them a follow if you have a moment.

Are you fast enough for these types of games? If not you, who in your family is the quickest?