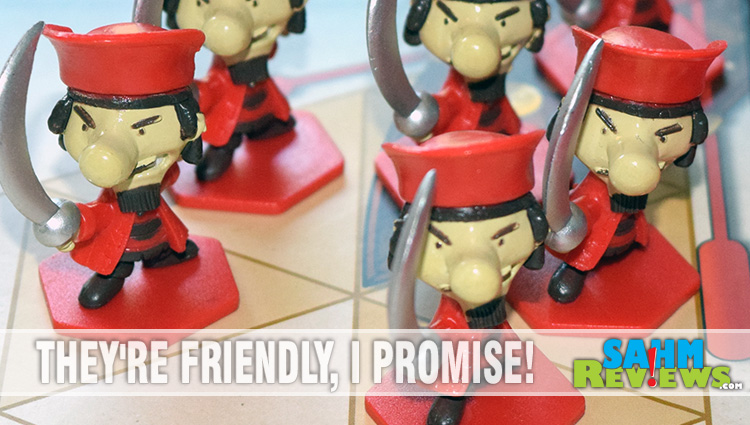 It’s the dilemma of many parents. The kids want to play a game with you, but all you have are 2-player classics like chess, checkers, Stratego or Connect 4. Or maybe you have Monopoly, Risk or some other game that supports four or more people. But if you’re like me, you know that when you have only three players, those bigger games fall short. With two daughters and a wife that is always hard-at-work, the ‘responsibility’ of playing games with them defaults to me. (Hard job, right?!) That’s where Pirate vs. Pirate from Out of the Box saves my day.

Pirate vs. Pirate is a strategy game designed for two or three players. You control your own band of pirates attempting to get to the treasure while at the same time fighting off rival pirates who are trying to do the same. 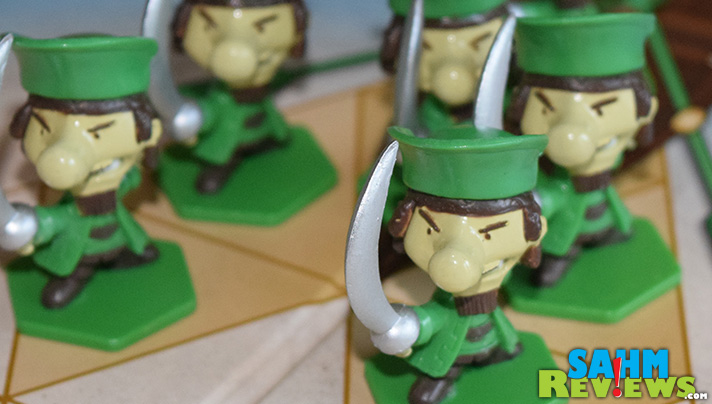 Before I comment about how to play the game, I want to point out the quality of components you receive in this game. Each band of pirates consists of six pre-painted pirate figures, each with five different colors on them. Metallic plastic coins give the appearance of hunting for real silver and gold pieces of eight. And I would be remiss in not mentioning the most unique four-sided dice I have ever seen! 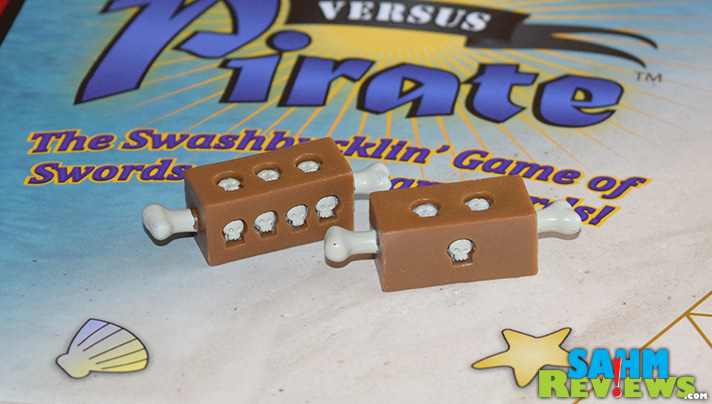 In order to accommodate three players, the board is triangular-shaped. Each player begins in one of the corners on their rowboat, with the gold and silver coins placed in the center of the board. On each turn you roll both dice and move one of your pirates exactly that number of spaces. 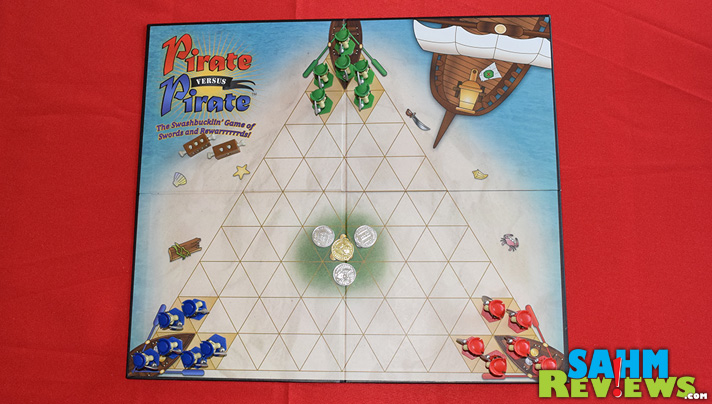 A pirate can only move from space to space of adjoining triangles. They may not pass through other pirates, even their own. They also must move the entire distance of what they have rolled and cannot pass through the same triangle twice on the same turn. Of course, they can change direction as many times as they like – you might have to just take a longer path to get to where you want to. If you can’t make a legal move with your total, you miss your turn completely. 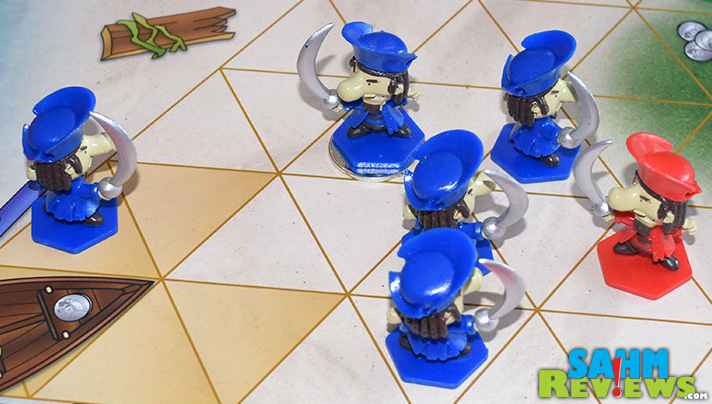 When you land on or pass through a space with a coin on it, you collect that coin and it moves with you. Now your goal is to get that coin back to your rowboat without losing it to attack from another pirate band. Your movement rules remain the same, except now you can only move (and not attack other pirates). 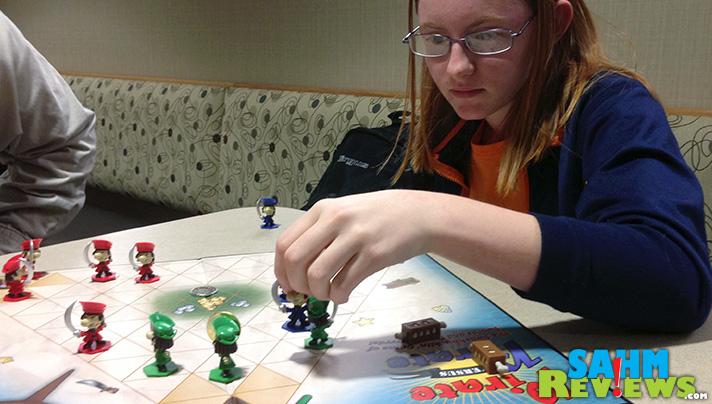 To prevent other players from capturing a coin, you must attack their returning pirate. Move your pirate so it lands exactly on the current triangle occupied by the coin-carrying pirate and you take control of it and your opponent’s pirate is eliminated from the game. 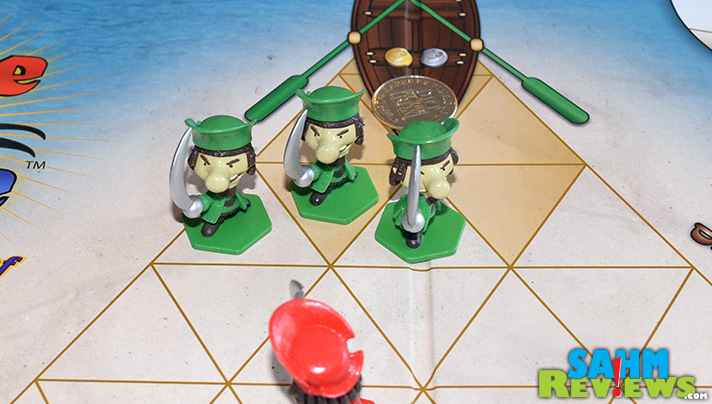 Once you’re close to your own rowboat, you must land exactly on the silver or gold coin return spots (depending on which type of coin you are carrying) to successfully capture it. If you’re having difficulty rolling the perfect number, you can position your other pirates as blockades to protect him. The first player to deliver two silver coins, or the one gold coin, wins the game.

Pirate vs. Pirate is advertised for ages 8+, but in all honesty could be played by children much younger. The pirate theme along with the cutely-designed game pieces will appeal to all. You will have the replayability of any standard strategy game (checkers, etc.) and a price point of under $25 that makes this not only a great option for the family, but a perfect price point for birthday parties and holidays when you need a gift that doesn’t break the budget.

Like what you see from Out of the Box? Check out our comments about Snake Oil, their innovative party game. See what else their up to by taking a peek at their Facebook and Twitter timelines. You never know what other treasures you’ll find!