I can’t remember the last time I was lucky enough to score a game at our Goodwill that was released in the current year. Usually games sit on shelves for a while before they end up in the donation pile. This week’s Thrift Treasure not only came out in 2015, it was only released in the February edition of Loot Crate, a monthly subscription box service. SuperFight (The Loot Crate Deck) had already been discarded and was mine for only 88 cents.

SuperFight isn’t brand new to the game world, but was a newcomer just a year or two ago. Following the popularity of games like Cards Against Humanity and other deck-based games, it has already enjoyed a number of expansions and now this Loot Crate exclusive. But what is SuperFight? 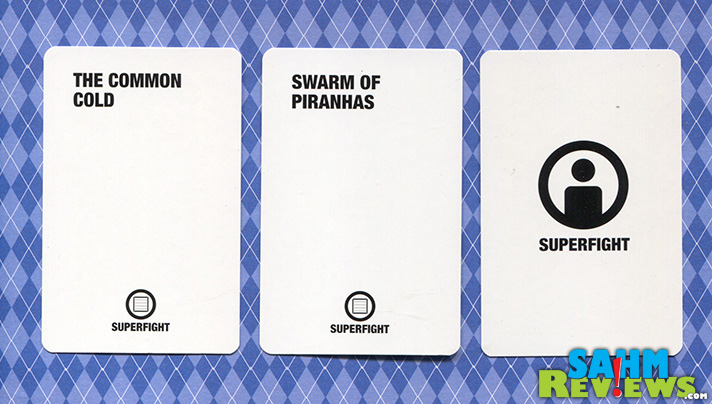 I guess you could best describe SuperFight as a game of war. Each player draws three white cards from the deck and chooses their warrior. Your opponent does the same. You may end up with something you’re truly afraid of, like a swarm of piranhas, or something not so fearsome like the common cold.

But what is a fighter without a weapon? Same deal, draw three black cards and choose one for your avatar. Now our piranhas have lightsabers! Both parties reveal their cards at the same time and argue over who should win and why. The rest of the table decides the victor with the winning fighter receiving a point (much like one of our party favorites, Snake Oil). Cards pass to the next player(s) until a pre-determined number of rounds are completed. Highest score wins. 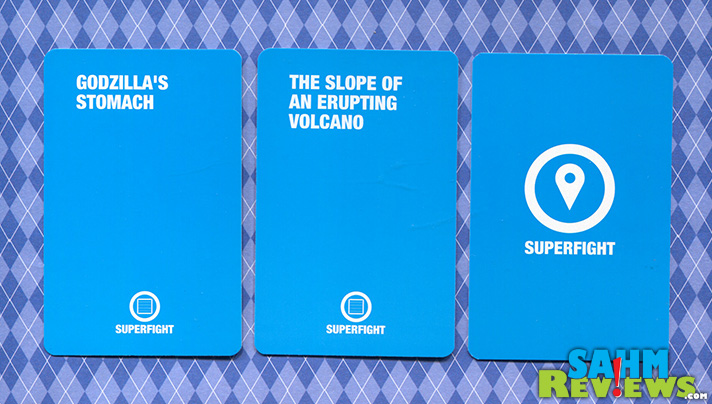 But wait, there’s more! There are two more colored card types that add a little flavor to the battle. You can agree to show these environment cards either before or after the fighter and weapon are chosen. We found that waiting until after allowed for some hilarious situations that needed to be explained away during the argument stage. Just imagine piranhas inside of Godzilla’s stomach… 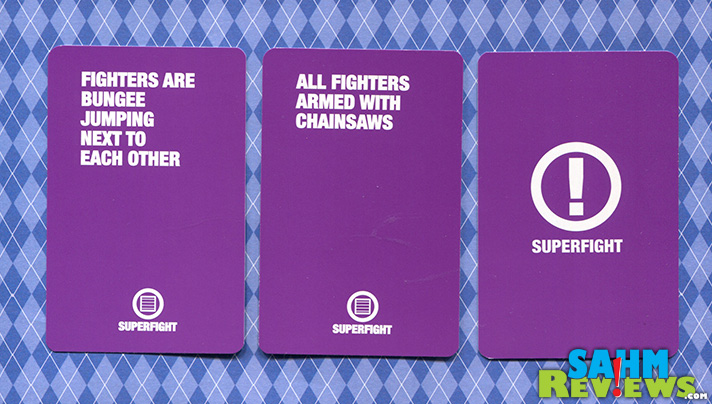 Even better, both sides are jumping on bungees next to each other, we assume tied to Godzilla’s uvula (does he have one?!). You can choose to use either the blue or purple cards, or both!

This 100-card set was a great introduction to the wonderful world of SuperFight. The original set contains 500 cards and is available on Amazon and directly via their website (most cost-effective). Be sure to check out all of their expansions and follow them on Twitter and Facebook to learn more about their upcoming releases!