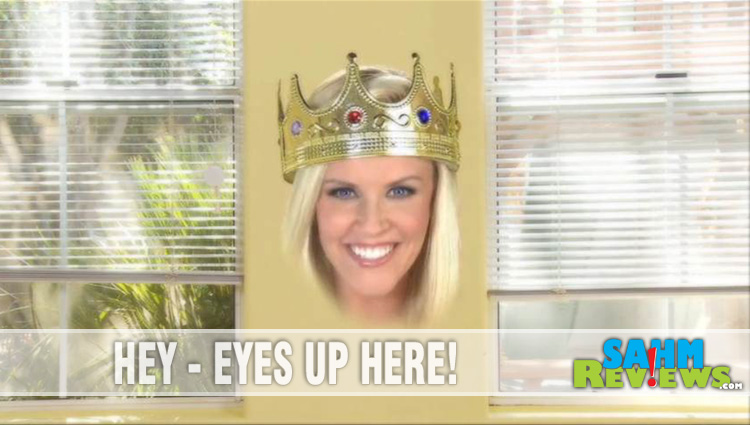 My husband and I try to instill good manners in our 5 children. We encourage proper behaviors at home and discourage negative ones (seriously – 3 boys!) We attend church where the kids are encouraged in good behaviors through biblical verse such as Luke 6:31 – Do unto others as you’d like done to you and Titus 3:2 – speak evil of no one, avoid quarreling, be gentle, and show perfect courtesy to all people. They are all involved in scouts (Boy Scouts, Girl Scouts and Cub Scouts) where they are learning to be “honest and fair, friendly and helpful, considerate and caring, courageous and strong, and responsible for what I say and do, and to respect myself and others, respect authority, use resources wisely, and make the world a better place”, as well as “trustworthy, loyal, helpful, friendly, courteous, kind, obedient, cheerful, thrifty, brave, clean, and reverent.” To be exposed to these positive behaviors in as many areas of their lives will, in our opinion, reinforce the values we’d like to instill in them. 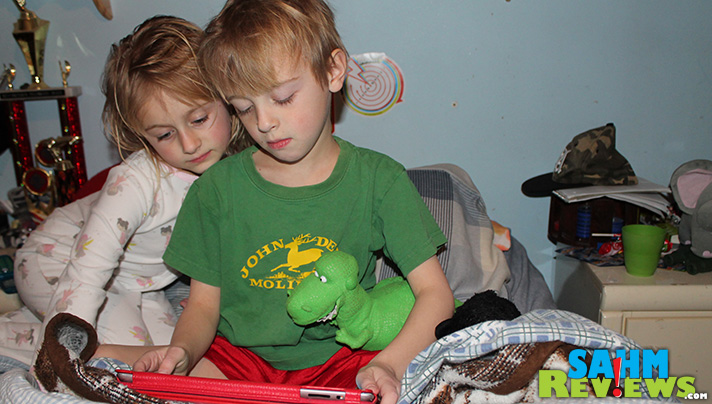 We recently discovered another way to reinforce manners in another prominent area of their lives: using electronics. We downloaded an app for the iPad, “Behaviors with Friends”. These interactive videos model good behavior choices and award “stickers” for choosing appropriate responses to posed questions. 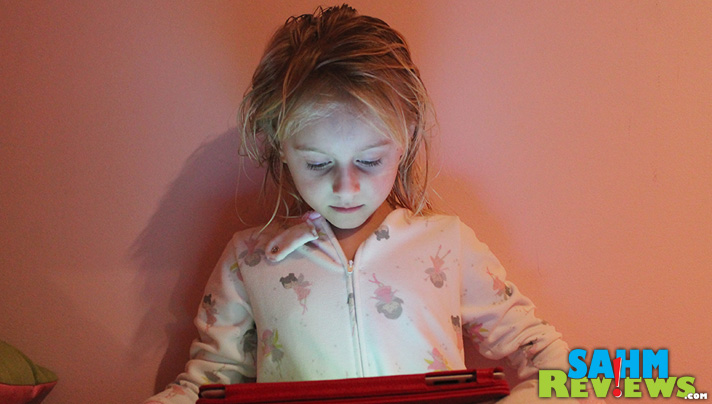 The kids were shown videos on sharing, talking back, playing favorites, hitting, turn taking, winning and losing, truth telling and interrupting. They were able to choose a topic and watch a video of real children interacting. This was also narrated by cartoons to give more insight and explain each concept further. The children were asked to predict good and bad behaviors, read and predict emotions, and select responses to learning questions. 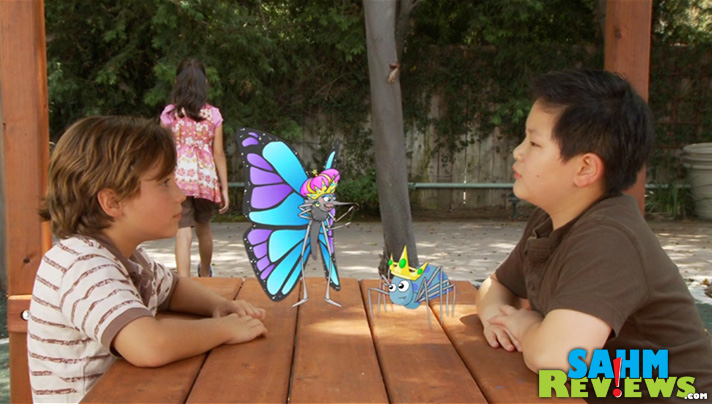 After watching a few of the videos, I discussed with the kids (5 and 6 years old) what they thought and what they had learned. Both enjoyed the information and the way it was presented on the Behaviors with Friends app. They wanted to continue to learn more. I asked them about what they had learned and they responded with answers such as “if someone is talking, wait your turn”, “don’t lie”, and “treat others like you want them to treat you”. It was exactly what was discussed and taught during the videos that we watched. It seems they got the message spot on in a way that was fun for them.

As I watched, there were a few aspects of the videos that as an adult I didn’t “get”. Some of the story lines were odd and some of the situations were overly dramatized but it made the point more obvious and so may be exactly what was needed to get the point across to young children. In one of the clips, a child who wanted to go outside to play could not but was encouraged to play a video game – that usually is the exact opposite at my house. 🙂 And in the videos, there was a disembodied floating head named “Queen mom” (Jenny McCarthy) who appeared with encouragement during certain stories and as a character in some of them. The disembodied part was odd to me – but my kids thought it was cool and thought that she was “really pretty” – 🙂  I also thought there was an issue with the timing of the videos and the stopping points.

In the end, all of this was moot as I am not the target audience. The kids got exactly what they were supposed to get – a lesson in manners that was interesting and fun.

If you’re wondering where the idea for Behaviors with Friends came from, here’s a little background: Co-Founder Sarah Clifford Scheflen, M.S., CCC-SLP said “Behavior issues are a common complaint from parents. Parents need strategies to help teach their children how to behave. Behavior with Friends not only teaches children how to behave appropriately, but also provides tips to parents on how to implement their own behavior modifications.” Co-Founder Jenny McCarthy added “All parents want their kids to have friends. Traveling around the world, I met so many parents who said, ‘I don’t know how to deal with my child’s behavior problems!’ So we made these videos to help teach children and their parents how to resolve common behavior problems with friends.” The video modeling lessons focus on common behavior problems for children, such as self-management and dealing with anger and frustration in a positive fashion, sharing and taking turns with friends, being a good sport, telling the truth, bullying, not interrupting and being nice.

Teach2Talk, the creators of Behaviors with Friends, take their passion beyond the app. On their social channels, they share links to parenting posts, motivational quotes and information about learning disabilities among other things. Take advantage of their insights by connecting with them on Facebook, Twitter and Google+.

What behavior do you find is the hardest to teach?

Terri has been married to her best friend, Scott, for 20 years and together they have 5 children. She has been blessed to be able to be a SAHM since her first was born over 14 years ago. In addition to finding new and creative ways to entertain 5 children, she enjoys date nights with her husband, photography, reading, and traveling with her crew. View all posts by Terri →