Cats are evil. There, I said it. I’ve never met a cat that was nice all the time (or even most of the time). If you take your eyes off your cat for two seconds, he’ll rip into something, steal your food or even jump on your face if you’re unlucky. Our latest Thrift Treasure highlights the evil in cats with its artful renditions of cats with bombs, chains, axes and more. Check out Spite & Malice from Parker Bros/Hasbro.

Also known as Cat and Mouse, Spite & Malice is a card game for two or more players. If you’ve ever played Skip-Bo or Flinch, then you’ve played this game. The rules are identical, the difference is this game has a theme. 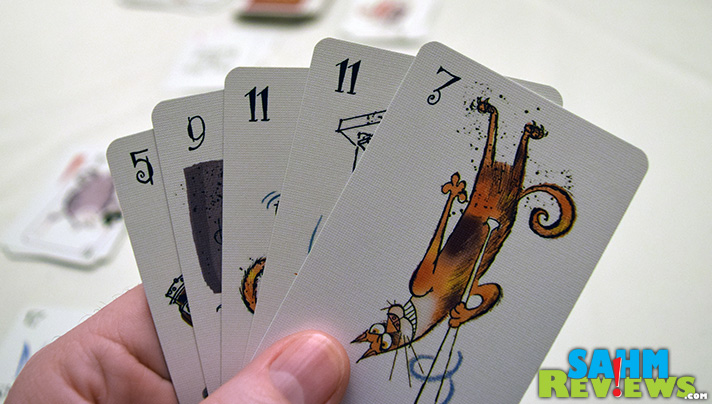 Each player works with a hand of five cards, playing as many as they can on their turn to the piles in the center. Cards must be laid in order, and your turn is over when you can’t play any longer. 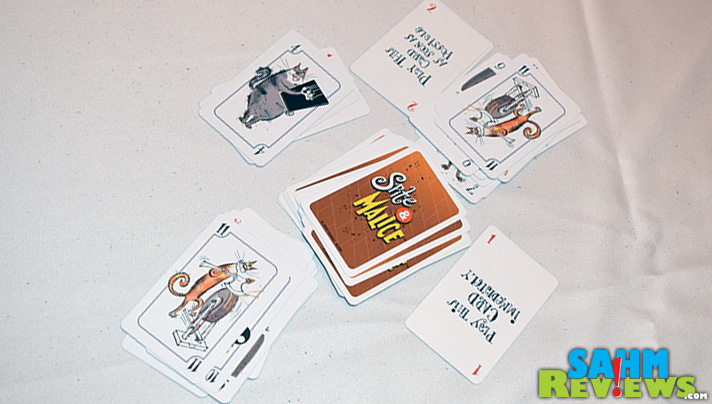 You also have a ‘build pile’ dealt to you at the beginning of the game. The winner is the first person to deplete their build pile by using it as a sixth card eligible to play. Your opponents can see this pile and may make moves that prevent you from using it. 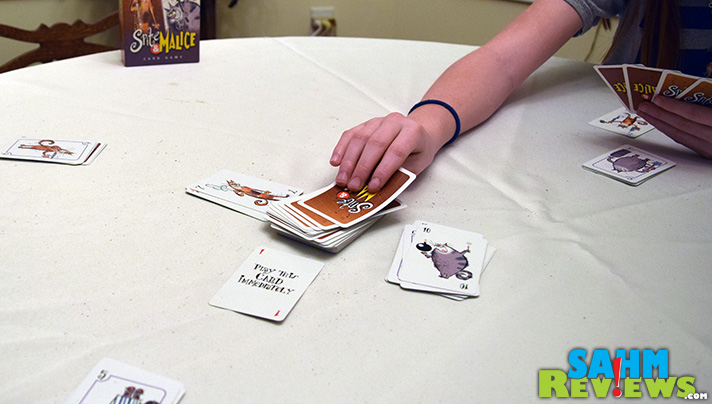 If you’re the lucky player who completes a pile of 13, you then draw one card and place it at the bottom of any opponent’s build pile, putting them one card farther away from winning. With this twist, comebacks are entirely possible when one person takes an early lead.

Designed for 2-5 players and rated for adults, we have to imagine the adult rating is only for the cartoons on the cards, as it could be enjoyed by players as young as 5 or 6. Of course, the image of kitty coming at them with a battle axe may require a couple couch sessions when they are older…

Spite & Malice appears to be out of print, but you can still find copies on Amazon and eBay. If you don’t already have Skip Bo or Flinch in your library, this may be a better solution for one you can pull out with older players.