Oh my gosh, there are a ton of word games out there. And that’s a category we really don’t talk about a lot because adults have an obvious advantage over the kids just by their extended vocabulary. We though we had played about every variation of word game available, and really only felt strongly enough about one of them to highlight on SahmReviews last June. That game was Tapple by USAopoly.

Last year we told you about Oversight, a fun and colorful strategy game for up to four players. We had met the inventor of the game, and founder of Griddly Games, Reisa Schwartzman, at the Chicago Toy & Game Fair in 2013. This year at the same expo they were featuring their newest offering, a word game with an odd name – Show Me the Kwan. Reisa was kind enough to tell us a bit about Kwan and another they just debuted, 5 Stones.

So exactly what makes Show Me the Kwan different from all the other word games out there? The inclusion of a special die that dictates which position in your word the matching letter must be. Before the twelve dice are rolled, this die is rolled and will come up with 1st, 2nd or last, meaning you must choose a word whose letter in the 1st, 2nd or last position matches the letter on one of the 12 dice. 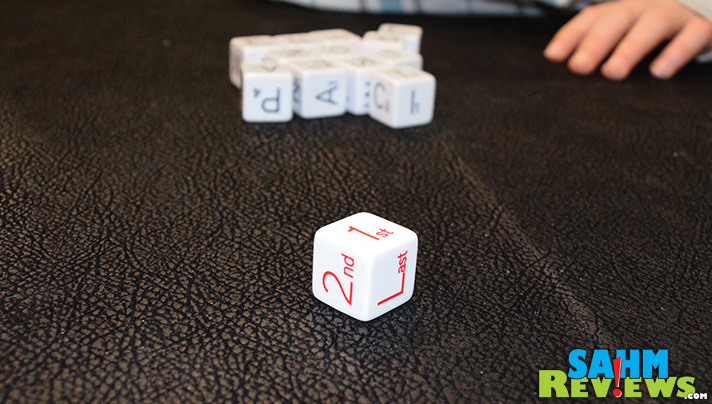 On your turn, you not only roll this die, you choose a category from a card drawn from a pile. The card has two levels of difficulty (one on each side) so you do have some flexibility depending upon the age range of the participants. 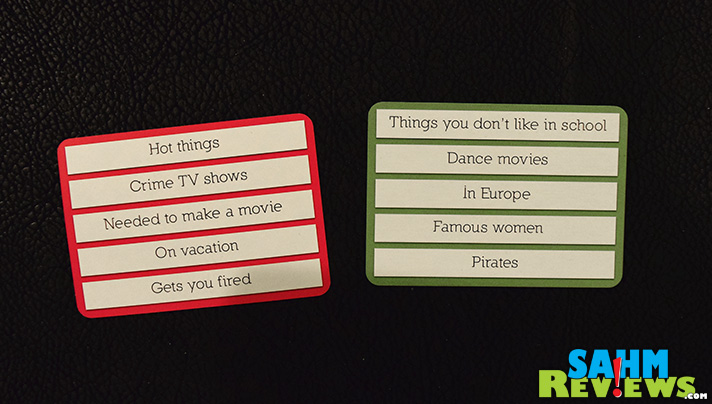 Each side of the card has five categories from which to choose. Once chosen and announced, you roll all twelve dice and set the timer. Everyone plays at the same time, calling out their word and grabbing the matching die. Spelling the word correctly is not an issue like in many other word games. This game is all about fast reaction time, quick thinking and letter recognition. Because of the speed needed to succeed, this really levels the playing field when you’re playing against your kids, who seem to always have lightning-fast reaction times. 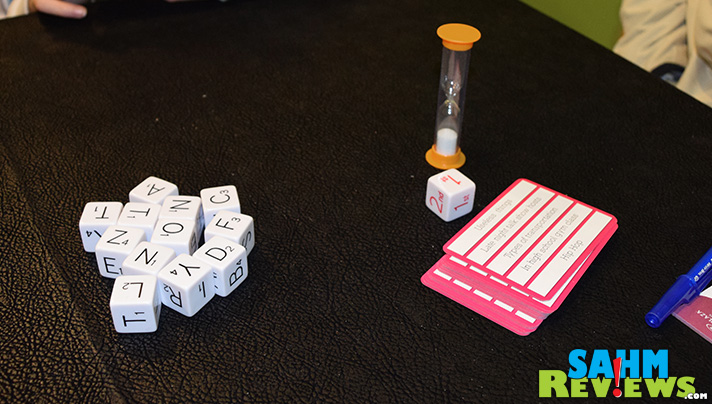 We thought we had seen them all, but Griddly Games surprised us with Show Me the Kwan. It is still a word game at heart, but much easier to play with players of varying ages. Each game is played until someone reaches 50 points, so you can expect it to run about 20 minutes or less. Rated for 2 or more players, the only limitation is how many people you can fit around your table! And before I forget, Show Me the Kwan comes in its own carrying bag, making it a perfect travel game!

Watch Griddly’s Facebook and Twitter timelines for new product announcements and maybe even notification of a sale or two. You can find Show Me the Kwan (and their other offerings) directly on their website or on Amazon.