Eighty-eight seems to be our magic number lately. This week’s Thrift Treasure falls into this same price category, one low enough to take a chance on regardless of age or online reviews. There’s a Moose in the House by Gamewright Games is a silly card game that should appeal to both young and old.

Unless you’re a resident of our 49th state, seeing a moose anywhere near your house is probably not very likely. This game has you fending off your residence from invasion by these over-sized reindeer. The 58-card deck includes 20 Empty Room cards, 20 matching Moose in the Room cards, 10 There’s a Moose in the House cards, 5 Door cards and 3 Moose Trap cards. 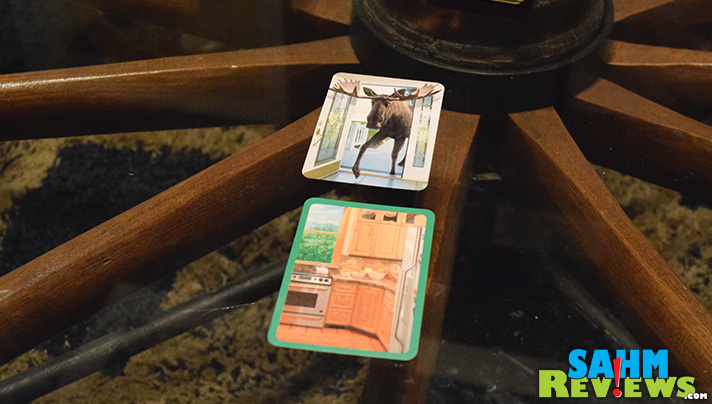 Each player has a hand of five cards and plays by the “play one, draw one” ruleset. You play cards from your hand onto your opponents board, trying to stick them with as many moose as you can. You build their house by playing Empty Room cards (kitchen, bathroom, etc.), and in this case bigger is not better. It just means more rooms that a Moose can rampage through! 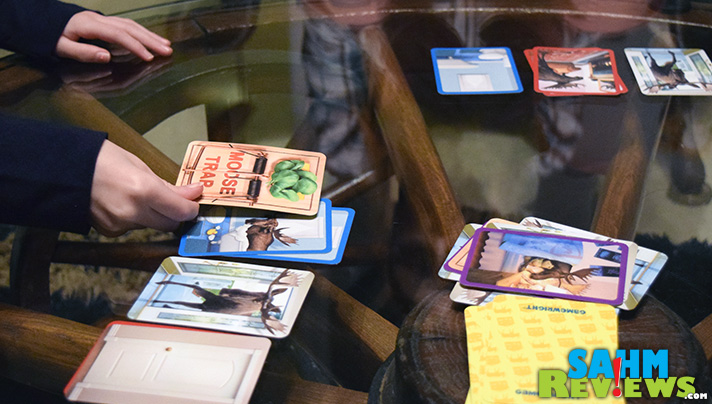 But there are other cards that alter the play. A Moose Trap will prevent a moose from entering a room (played when another player tries to place a card on your empty room – yell “Moose Trap” when this happens). You can also use one of the Door cards (“SLAM”) on an empty room to close it permanently from moose invasion (moose don’t have thumbs to turn doorknobs).

Play continues clockwise until all cards in the deck are used and all cards are played from everyone’s hands (if playable). The player with the fewest number of moose in their house wins! 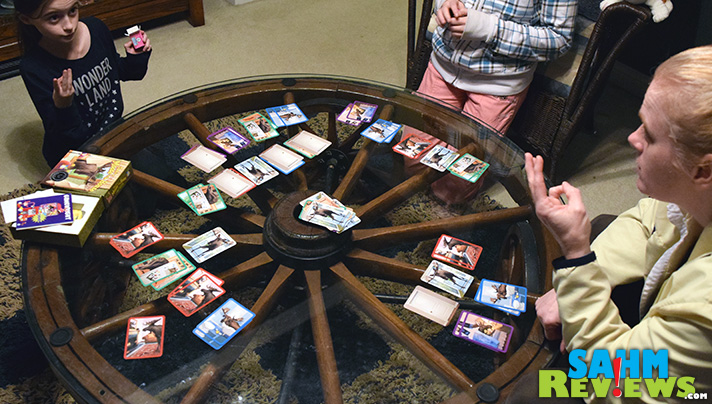 There’s a Moose in the House was well worth the dollar we paid and has been a focus of game night on a couple occasions. Advertised for ages 8+, this could easily be enjoyed by children as young as 4 or 5 if they have an adult present to explain the rules. New copies are available on Amazon for under $10 and come in a small box perfect for taking on your next vacation. Because when you’re gone from your house, you don’t want any moose in it!

Would you want a moose in your house?

18 thoughts on “Thrift Treasure: Moose in the House”