One game I think we’ve all played at one point in our lives is Othello. That frustrating 2-player strategy game that has you surrounding your opponents pieces, turning them into your color. This week’s Thrift Treasure is a variation on that game, uniquely converting it into a multi-player battle of color domination. Meet Rolit by Goliath Games. 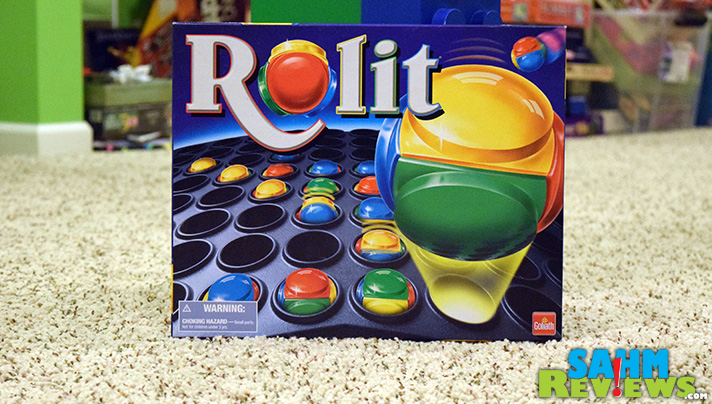 This is actually the second time we’ve found this game at a thrift store. The first time we were disappointed to see that many of the pieces were missing, so we had to pass. This time not only are all 64 colored balls included, there was an extra! Not bad for only $1.88! 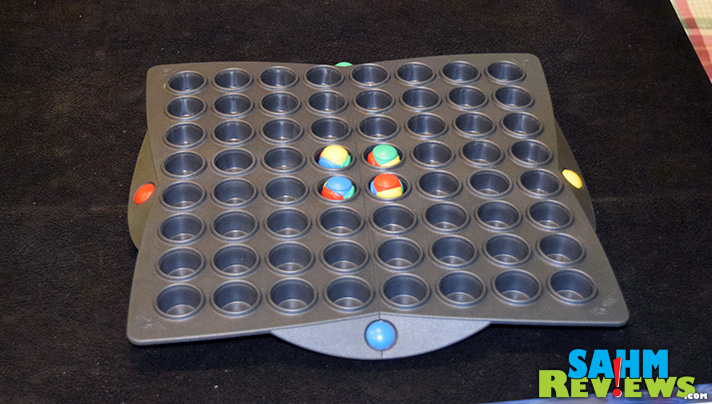 If you’ve played Othello, you already know the rules of Rolit. But rather than completely eliminating your opponents color, you have to last until all holes are filled and then the person with the most balls of their color wins. You capture the other colors by placing your ball in a position where your color is now on both ends of a line. Rolling the ball in the container turns it to your color. 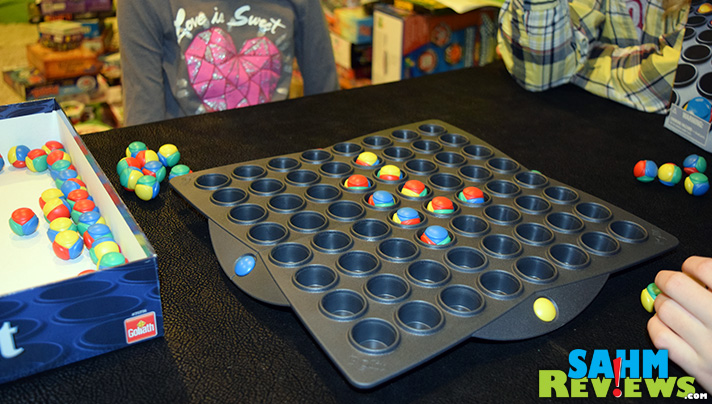 You must make a play where you capture another color. If you cannot, you can play adjacent to any other color. This opens up some opportunities that you might not get in Othello – you could in theory capture a coveted corner by not taking any other balls at all! And just as in Othello, the corners and edges are the most powerful spots to hold.

Even if your color is completely eliminated from the board, you still get to play to the end. This makes the game more fun for younger kids who might get discouraged if they were defeated very early. They now have a chance for revenge! 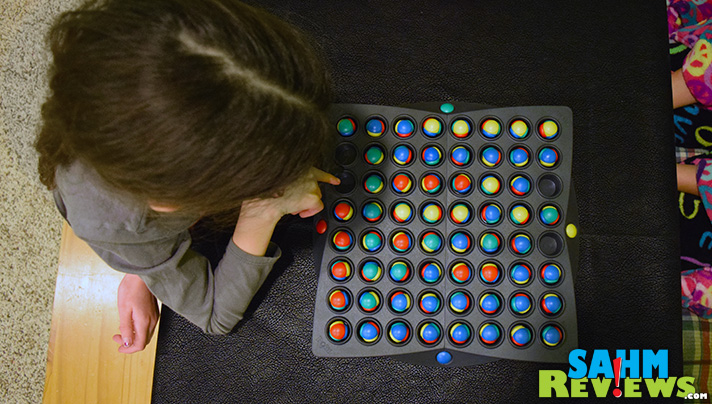 The flexibility of Rolit means you don’t have to buy Othello, as when you have two players it plays exactly like the original. But the addition of a third or fourth player keeps everyone in the family involved and no needing to call “I’ve got next”!

Rolit was originally issued in 1997 but can still be found on Amazon and eBay. If you look at Goliath’s website, you’ll probably recognize a few titles already in your collection. Follow them on Facebook or Twitter to see what they’re working on next!