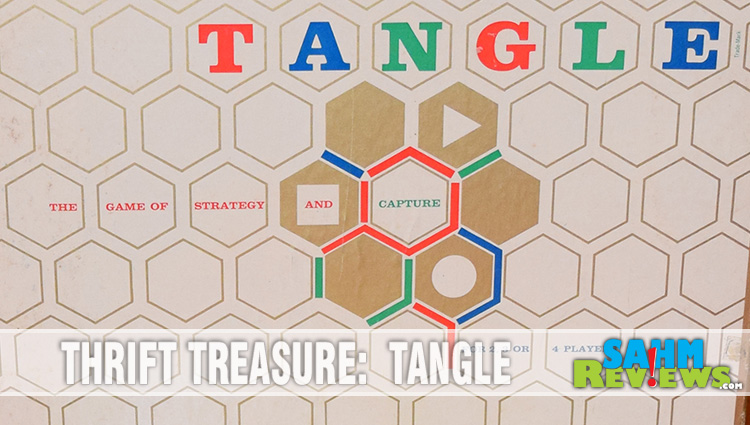 The year was 1964. “Meet the Beatles” was first released in the U.S. and their single “I Want to Hold Your Hand” becomes their first #1 song in America. GI Joe debuts and the very first Ford Mustang is produced. Gemini I and Apollo 2 are launched and the Rolling Stones begin their first-ever U.S. tour. Also, Selchow & Righter Company issue the new strategy game, Tangle.

Ok, so maybe this wasn’t historical news. Especially considering it hasn’t been reissued in the past 50 years, I can safely say it wasn’t a roaring success. But we were delighted to find an almost-complete copy at a local yard sale for a dollar. Money well-spent!

Tangle is (was) a strategy game where players take turns trying to surround hexagon-shaped tiles with their transparent plastic pieces of varying shapes and lengths. Our copy was missing a small number of the pieces, but plenty were still present to play a 3-player game. 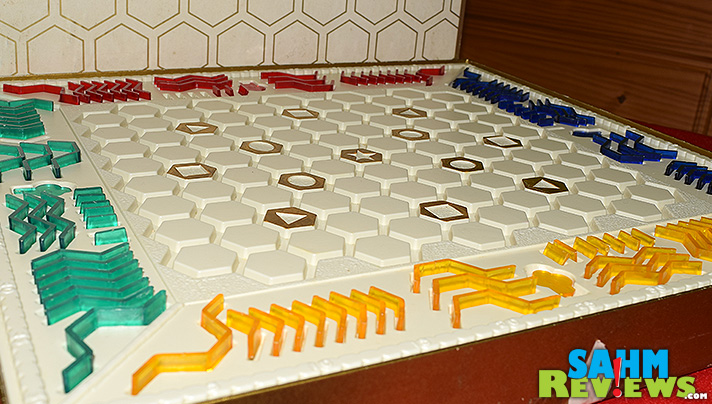 The premise is simple enough – while you are trying to surround individual hexagons you also need to prevent your opponents from capturing any. 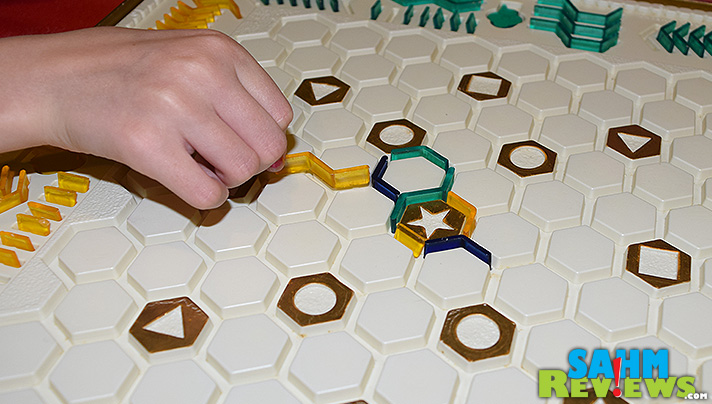 In order to score, a hexagon must be surrounded by only your color.  Mixed-color tiles yield no score. You definitely must plan ahead at least a couple moves to maximize your score. 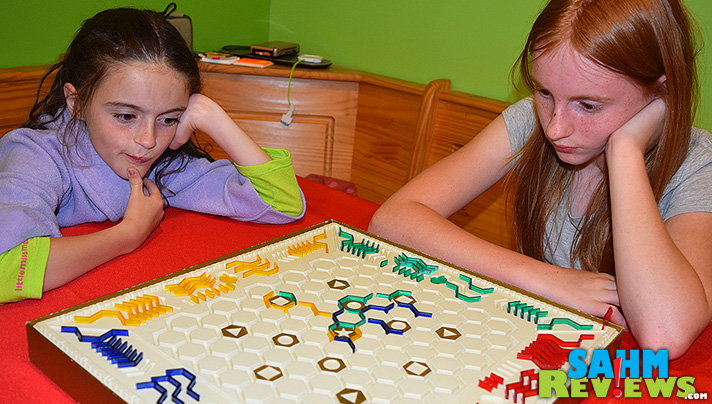 Which size piece you play is totally your discretion. You do have a limited number of each unit, so use them wisely. When you surround a tile, you receive one point plus a bonus depending on the size of the piece you used to complete the surround.

Surrounding the specially-marked tiles will yield additional bonus in the form of extra points or multipliers. The first player to 50 points (or the highest score when all pieces have been played) wins.

Tangle is a 100% strategy game with no luck determining the outcome. It features a unique board-in-the-box design so you don’t have to worry about losing it. Too bad the same can’t be said for the 116 playing pieces – they’re small and fragile. I guess that’s to be expected from 50yr-old plastic! But even for its age, the design and concept is as fresh today as it was back then.

If you’re lucky, one might pop up on eBay, but you’ll probably have more luck keeping your eyes open at local yard sales. The original publisher, Selchow & Righter Company, was purchased by Coleco (Cabbage Patch Kids) in 1986 and then by Hasbro in 1989 when Coleco went bankrupt. What made their game library so popular? Scrabble! But the fate of Tangle? That’s a mystery we couldn’t unravel. 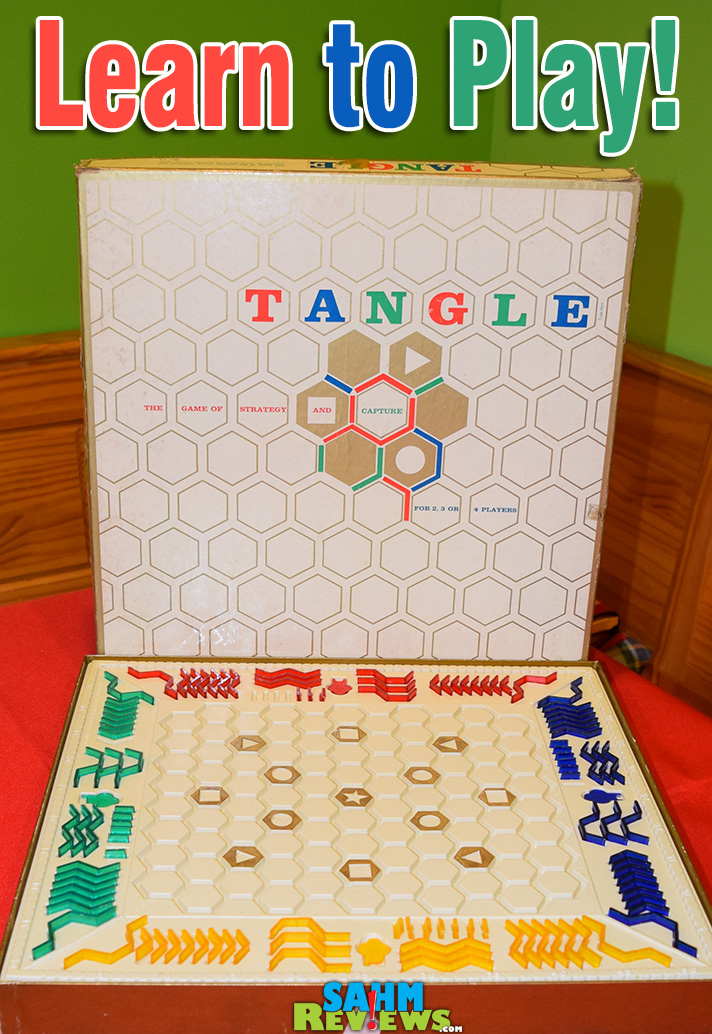