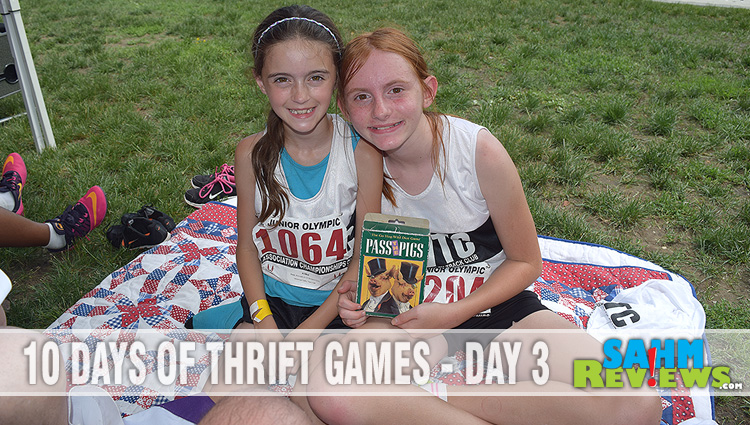 We’ve found so many great games at yard sales and thrift stores this summer that we decided to show you more than the typical one per week! For the next 10 days we’ll introduce you to a Thrift Treasure that you’ve probably never seen or heard of before. For our third feature, we bring you Pass the Pigs by Milton Bradley. 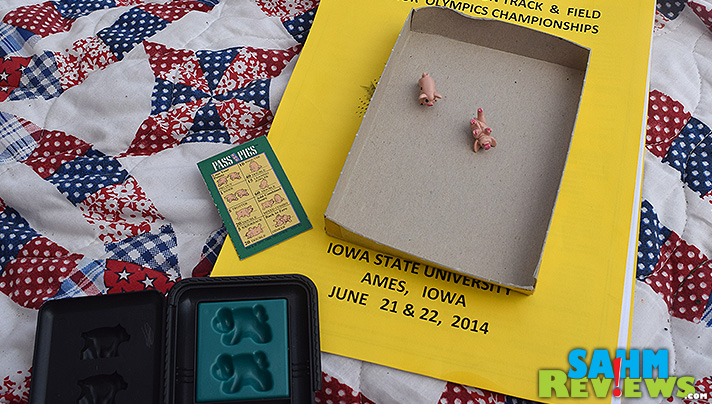 Rolling pigs. This game can be summed up in those two words. In reality this is nothing more than a dice game in a nice travel case where the object is to roll combinations that are worth various points. 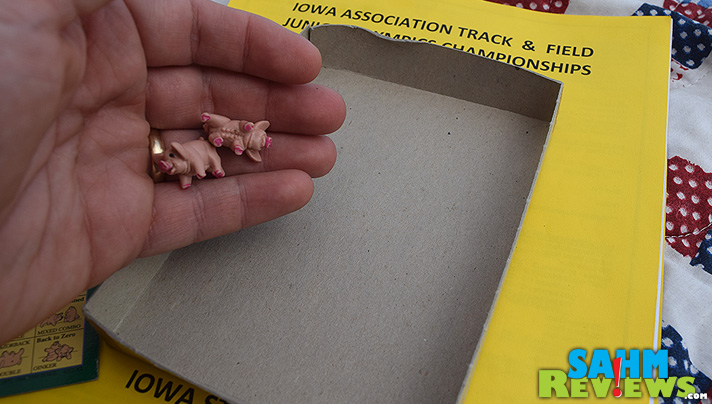 But what makes this game unique is the brilliantly designed pigs that can land in different positions. Because the odds of rolling each position aren’t distributed evenly, some combinations are worth more than others.

Pass the Pigs by Milton Bradley is no longer in print, but the game is still being offered by Winning Moves, who you’ve seen us mention many times. At around $10, it just might be the perfect gift for your gaming friend in farm country!