My sister and I are on summer vacation and always looking for something to do. So we sit down and play some games! Today’s game was called Hisss! This is how you play. You shuffle the cards and put them in a neat pile, or just spread all the cards out on the table. The colors are Red, Orange, Yellow, Green, Blue, Purple, and RAINBOW! Then you find someone in your house or someone nearby to play with you! Then you can start! 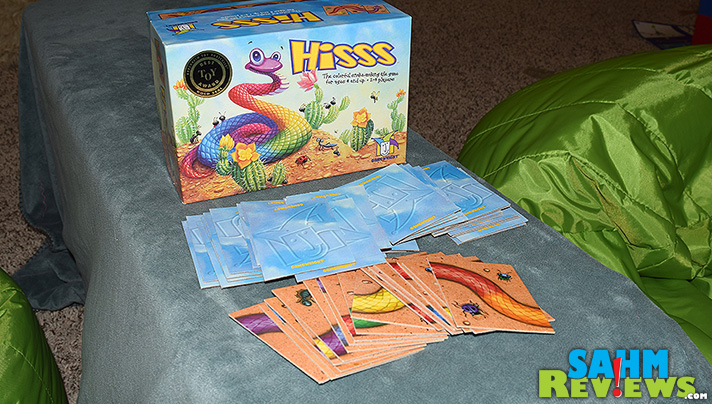 The youngest person goes first. Player 1 picks up a card from the pile and puts it on the table, face up, so all the players can see what it is. Let’s say the card has 2 colors on it: Red and Orange. Since you are the first person who drew a card, just put it in the middle of table. 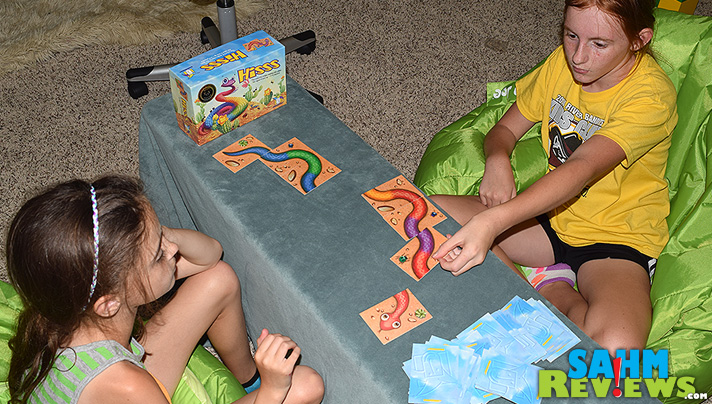 Player 2, takes a card. If one of the colors match the colors that Player 1 put down, like Red and Purple, then you place the red by the red. In other words, if Player 2 drew a card with Blue and Green, then Player 2 will place the card on different part of the table, away from the other card, to start a new snake. 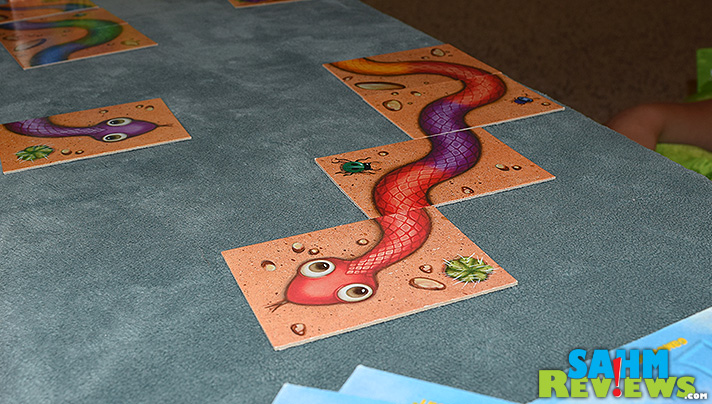 All the players do this over and over again. Then Player 3 draws a Red head! The head’s color has to match one of the body’s end colors. For example, there is a really long snake with the colors Purple and Green at each end of the not-yet-completed snake. Then one person draws a Green head! The person who drew that card puts the head by the red end, and it stops there, because it is the head of the snake! Then the only way the snake to get bigger is to add on the other way.

Let’s say the next player draws a Purple tail! The player who drew that card puts the card by the purple end, and completes that snake! The player who completed the snake claims it, and puts it in that player’s winning pile. 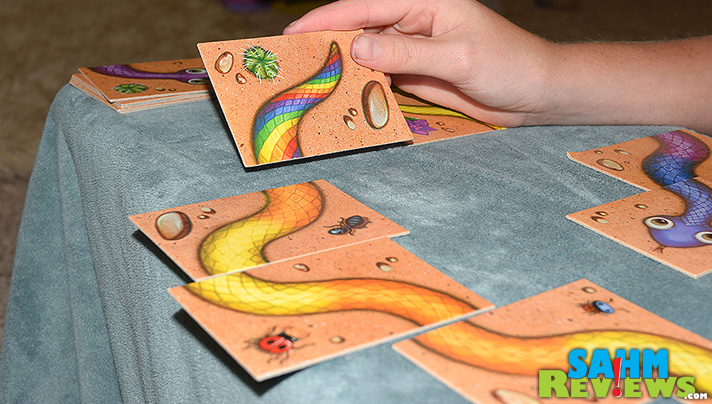 So back to the regular thing, Player 3 puts the head next to the Red spot. Or if there isn’t one, place it somewhere else on the table.

Players keep drawing cards and completing snakes until there are no more cards left. The not-completed snakes go in a discard pile, and all the players count how many cards they have. Or, if you want, you can count by how many snakes you have. The player with the most snakes or cards wins!

If you think you would like these snakes at your house, for under $11 you can grab a copy of Hisss on Amazon. Connect with Gamewright on Facebook and Twitter to keep up with their other great games.