Somewhat by accident we’ve become portable speaker experts over the past six months. I’ve always been an audio aficionado as well as a gadget freak, so the opportunity to review cutting-edge products that fit both of these interests is a no-brainer. We’ve brought you a couple great speakers from Kinivo as well as some uniquely-designed offerings from Tego, so when we were presented with the new MagicBox Wireless Speaker from DKnight we knew we’d have a sound basis of comparison (pun intended). 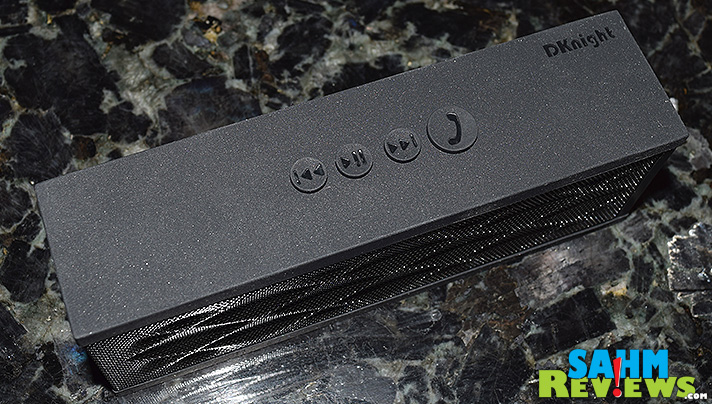 Running right at the same size as the BTX270, the MagicBox sports a cushion-covered top and sides to make carrying it in your bag friendlier to your other items. The top features soft and responsive buttons that allow you to skip through your playlist or answer the phone if it rings. It does not have separate external volume controls, instead relying on the skip forward/back buttons doing double-duty as volume by holding them down. A little bit awkward when you only want to bump it up a notch, but works in a pinch.

On the side of the unit you’ll find the typical USB charging port, an on/off switch and an auxiliary input for hooking up any device that does not have Bluetooth. There is also a TF card slot (same as MicroSD card) that in theory would allow you to load songs onto it and only carry the speaker. We did not test this feature as we didn’t have the proper memory card. The inclusion of a small blank one would have been a nice touch. 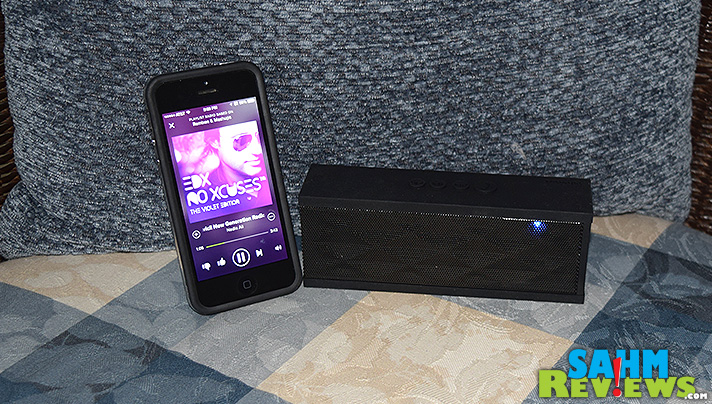 But of course the main reason for considering a unit like this is Bluetooth connectivity, and in this department it works just as expected. We found the connection process to be as easy as expected and the range of the connection well within industry standards.

But how does it sound? For the price (under $30) it sounds just fine. It is missing the deep bass we experienced in other speakers, and we did have a little bit of distortion when turned up to 100% (to be expected), but considering the MagicBox runs quite a bit cheaper than other box speakers, it is a fair tradeoff if your budget won’t allow a $50+ set.

With a claimed battery life of up to 10 hours of playtime, this unit might be a good combination of price and performance if you’re in the market for a wireless portable speaker solution. And judging by the glowing reviews online, I’m not the only one to think so! Pick one up on Amazon for under $30 in red, blue or black. It’ll work with any iOS or Andriod device that has Bluetooth as well as nearly any other electronic device by connecting it via the included cable through the AUX input.

23 thoughts on “Magic in a Box or Smoke and Mirrors?”