Home / Recreation / Games / Polygon Will Put a Hex on You (Get it?) 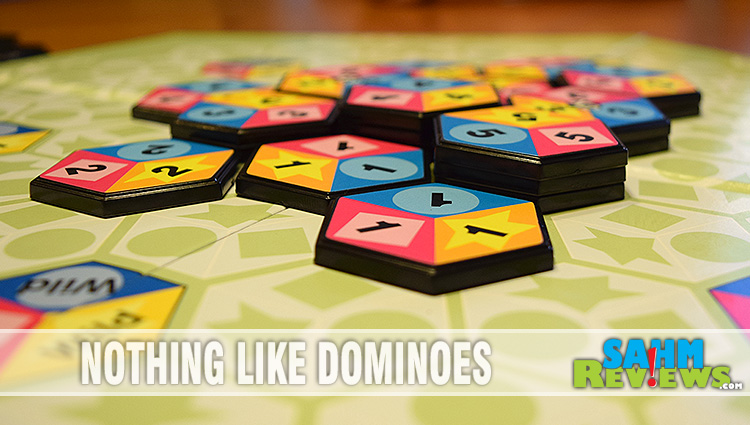 Polygon Will Put a Hex on You (Get it?)

When a game bills itself as “The First of its Kind Strategy Game”, it is a pretty bold statement. I mean board games have been around for a couple thousand years at least, so it is hard to imagine a game that hasn’t been tried in some form at least once. But ever the optimist (and pessimist), I’ll put the opinions aside and check out another new game from Jax Ltd. called “Polygon”. 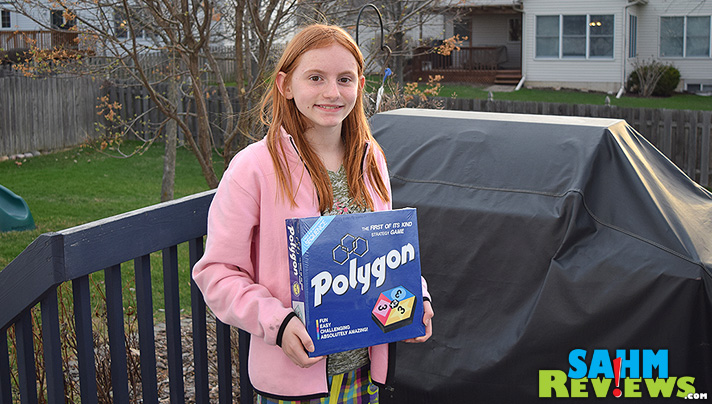 We really have a preference for games that use unique boards and pieces, and Polygon is no exception. Included are a colorful hex-shaped board, 49 hex-shaped tiles, a custom die, 50 score cards and of course some instructions (yes, this man reads instructions).

At first glance the game appears to be a variation of Triominoes or Quad-Ominoes, but once we dove in we saw it was much more than that. Yes, you try to line up matching number to score, but you can also score with numbers in a series. 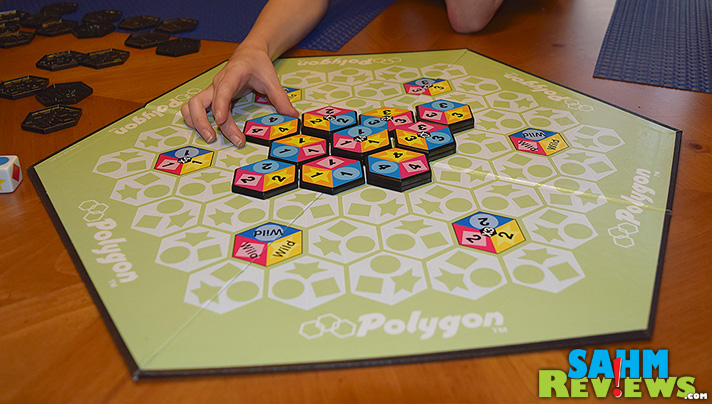 But…you only score for colors that match the roll of your dice at the beginning of your turn! The amount of your score is also determined by what exactly you match (4’s are worth more than 1’s, 1-2-3 is worth less than 3-4-5). 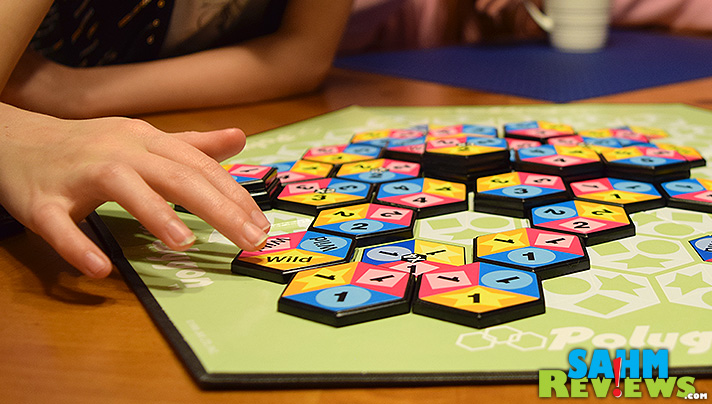 And what would any game be without wild cards (tiles)? Strategically placed, they can be used to represent any number. In addition you can play on top of other pieces, building upwards to make new combinations. Lastly, some of the tiles have multipliers on them, bringing the potential of boosting your score dramatically! 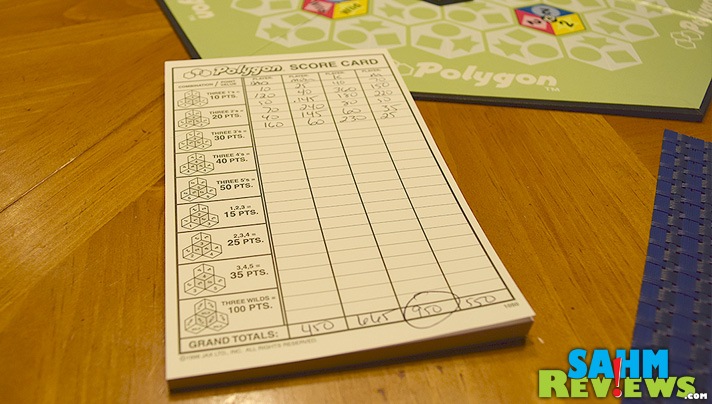 Our 9 & 11yr old children had no problem learning the game, and since it is rated for 7+ I wouldn’t expect them to. If you’ve followed our game reviews you know we love when a game includes complete and clear instructions. If I have one complaint about Polygon, it is that while the instructions are clear, they didn’t feel complete to me. We found ourselves not sure about a couple of the rules, and here’s an example: 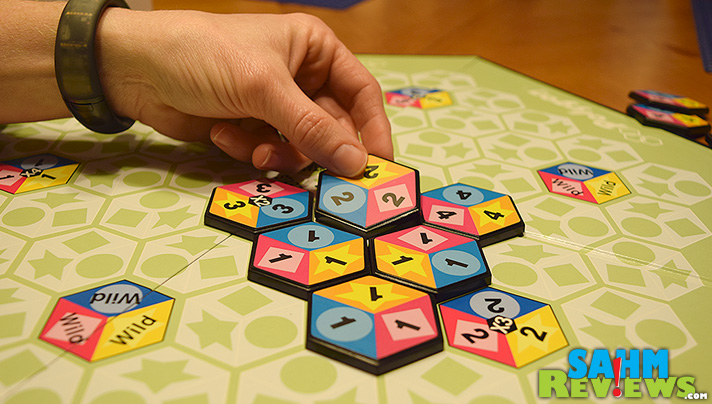 In this scenario, the player rolled ‘blue’ and is completing a 1-2-3 series to score. We questioned whether she could make this play because it makes a 1-2-4 combination in pink which is invalid. It wouldn’t score either way, since the rolled color was blue. The instructions didn’t address this issue, and when we consulted the (tiny) photo on the box and the default image on Amazon for an example, it looked like the players were purposely leaving open spaces (not playing this piece) or only playing if all sides made a match. We could not see an example of a play where a mismatched set was made, scoring or not. That became the other question, could someone play anywhere, even if a score could not be made? We would love some clarification of the rules, mostly so Nicole can’t cheat (again).

But other than this minor OCD complaint, we loved the game. There is a nice mixture of luck (the roll of the die and the draw of the tiles), strategy (where to place the tiles) and speed (each game only takes 10-15 minutes to complete). Couple that with a high-quality board and plastic tiles and you have a game that would be a great gift to a friend or for yourself for a MSRP of $16! Jax has a number of other popular offerings on their website, some of which you may already have in your closet! We’ll be bringing you a hands-on of Link-O in the next couple weeks!