If I analyze the demographics of the people visiting our site, the vast majority are female and fall somewhere in the 20-55 age range. The game we found to play this week had a huge popularity explosion in the 1950’s, well before any of you (and myself) were born or old enough to play. This doesn’t mean that Canasta is an old person’s game; it just means it has passed the test of time and deserves a place in your game arsenal. 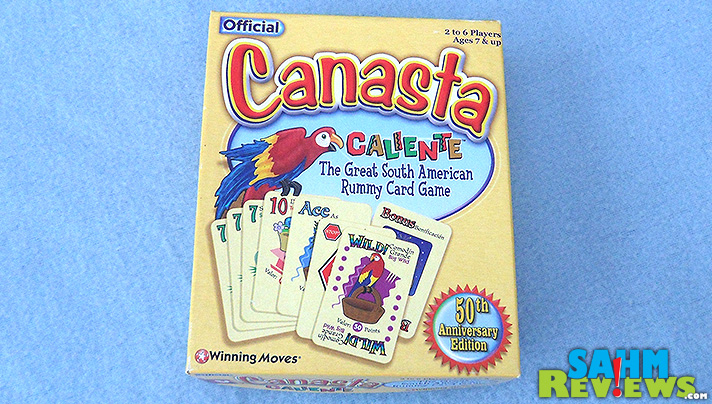 This great and almost-new card game was only $0.88 at our local Goodwill and is the “Caliente” version. Caliente just adds some optional rules (negative-scoring cards), but we’ll focus on the traditional game of Canasta, which this game provides as well. 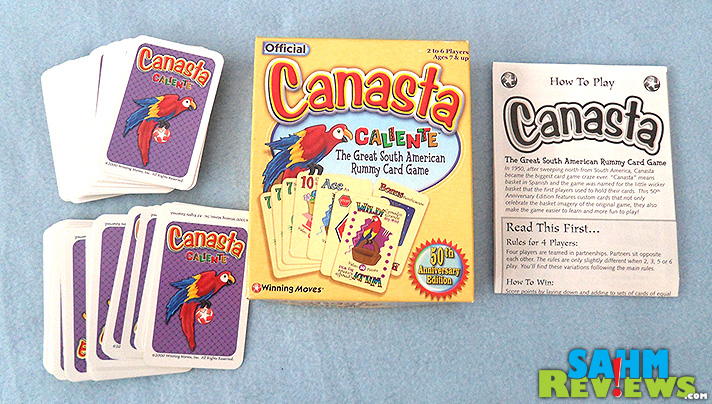 Canasta is very similar to Rummy and in fact was originally called “Argentine Rummy” when it was introduced to the U.S. in 1949. You try to collect card “sets” with a teammate and keep score of your point values over multiple rounds with the requirements getting more difficult as you progress towards a winning score.

Players are dealt 11 cards each to start the game. 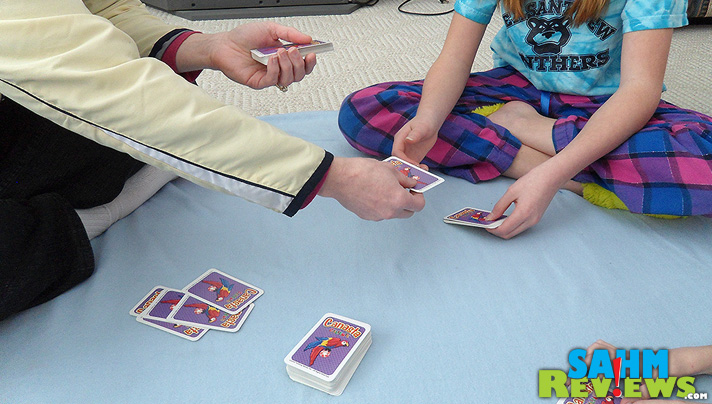 Play begins by drawing a card from the pile and examining your hand for matching sets.  Unlike Rummy, runs (J-Q-K, 7-8-9, etc.) are not allowed. Only matching sets (5-5-5, A-A-A). There are wild cards, but you cannot have more wild cards than non-wild cards in a set (one wild per set of three, two wilds per set of five and so on). 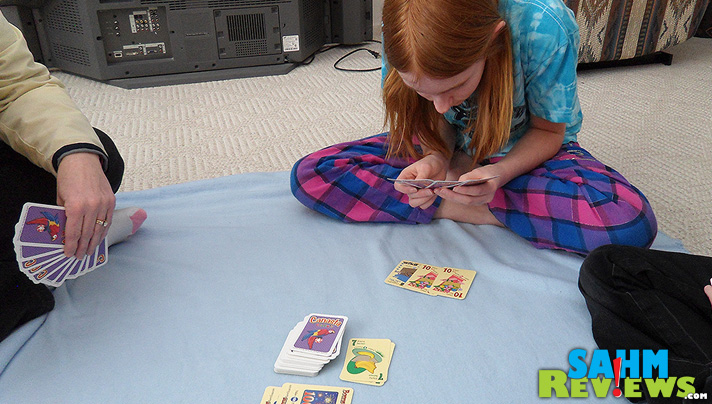 In order to begin laying down cards you must be able to play a minimum amount of total points (called a “meld”). When the game starts, this requirement is only 50 points, but as the game progresses it increases to as high as 120 points. This rule is fantastic for keeping the game very close the entire time as teams may have different meld requirements. Once you end your turn you must discard one card which the next person can pick up if they can use it in a meld right away. 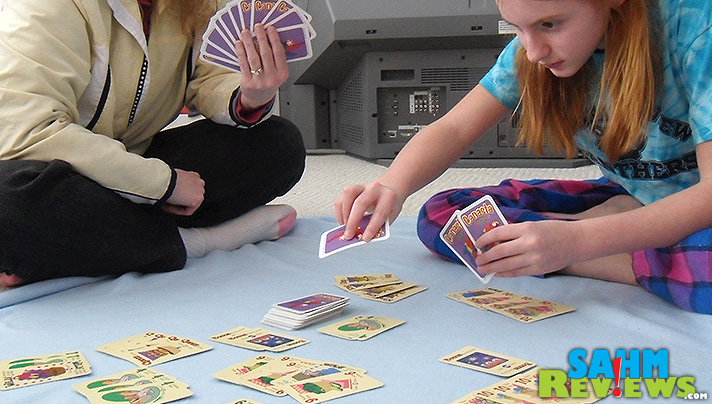 Play continues in this fashion until one team is able to “go out” by one player using every card in their hand. The trick to Canasta is you may not go out unless you have at least one set of seven cards (called a “Canasta”). This could be a “natural” Canasta using no wild cards or a regular Canasta using wild cards. The difference? You’ll get a few more bonus points at the end of the round when you tally your scores if your Canasta is a natural version. 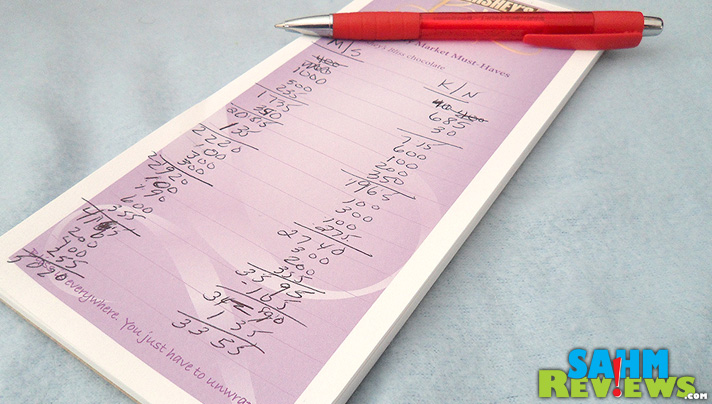 A game is typically played to 5,000 points which should take around 45-60 minutes. If you like Rummy, you’ll love Canasta. You could technically play it with a couple regular decks of cards and can find the complete rules on Wikipedia.

For us it is nice to have a custom deck that we can pull out and start playing right away. You can find a number of different Canasta offerings from Amazon, most well under $10. Our Canasta Caliente version was issued by toy company Winning Moves Games, who specialize in all types of classic games. Be sure to also check them out on Twitter and Facebook! 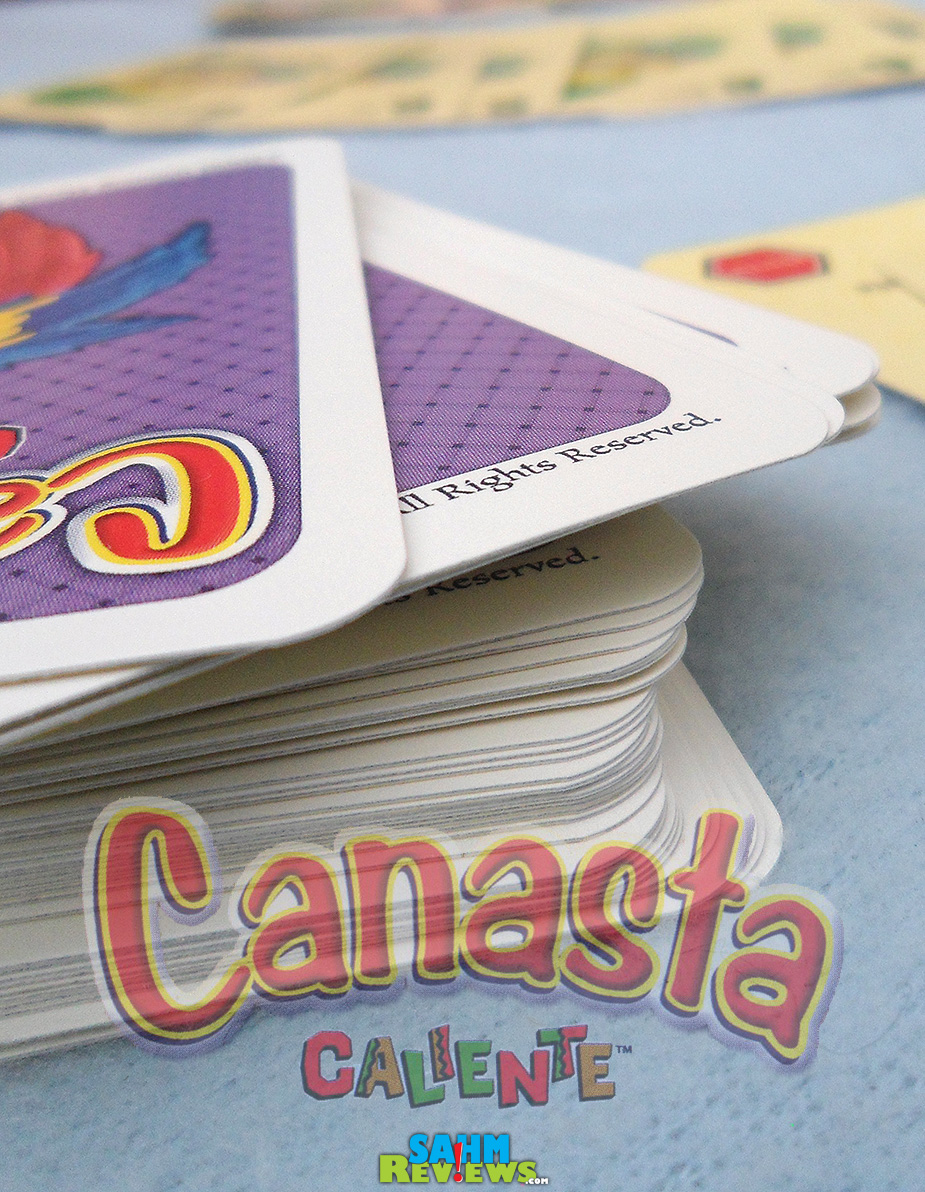