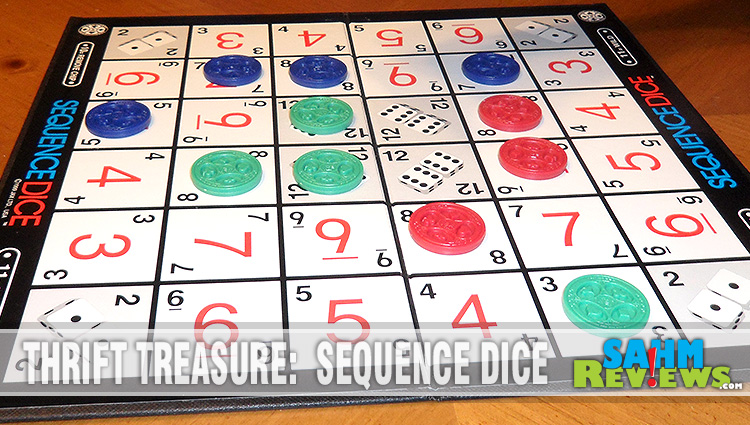 In the past few weeks you’ve seen a number of great game finds we’ve made that only cost us $1.38 each. For this week’s submission we had to splurge a little bit. But this game box came with not one, but three games! How much extra did we have to pay for the combination of Sequence Dice, Kings in the Corner and Chips? A whole dollar! 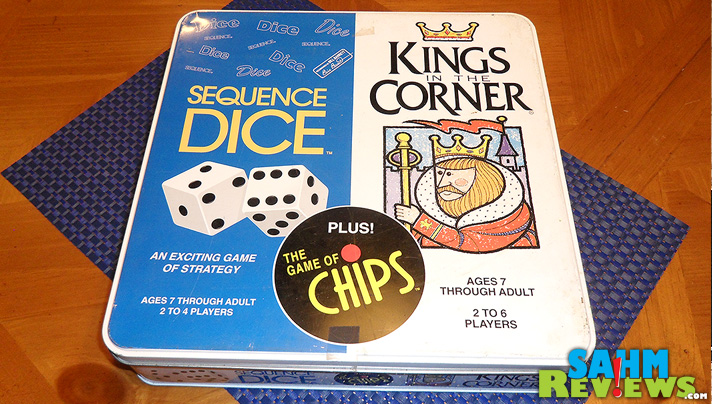 We are no strangers to the Sequence line of games from Jax Ltd. Sequence was a regular table game we played with some close friends over a couple (few) glasses of ChocoVine. About once a month we’d get together for a half-dozen or so rounds (of the game, not the drinks) and things would get a little silly. Sadly we haven’t done it in a while…our schedules just haven’t meshed lately.

So when we discovered this variation it brought back all of those fond memories and we were hoping this version would be as fun for the family to play. Our luck was with us again as all of the pieces were here! 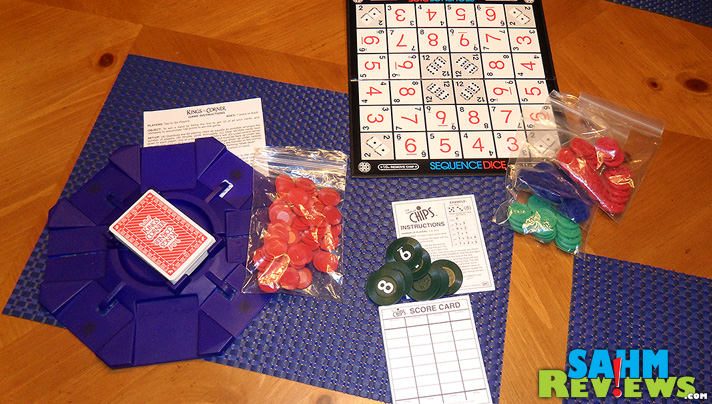 If you’ve never played Sequence, it is basically a big game of tic-tac-toe played in teams. The object is to get five in a row by drawing cards and placing them on their corresponding spot on the game board. This dice version is much of the same; five in a row is needed. But instead of drawing cards you roll a die and place your colored chip on the correct number. 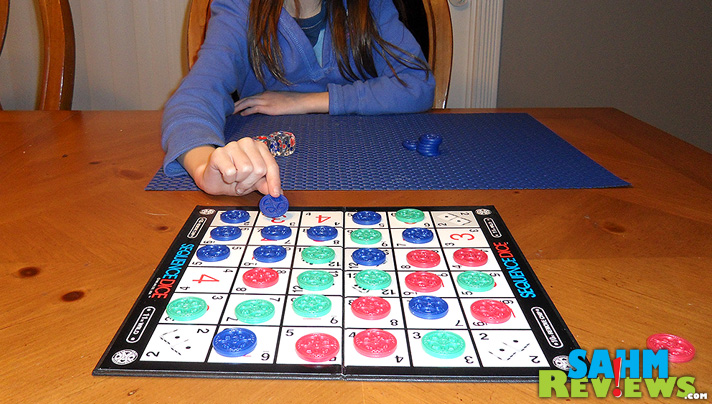 Play continues in order until you are able to make 5 in a straight line. There are some twists, such as rolling an 11 lets you play anywhere. Roll a number that is already all filled up allows you to remove someone else’s and put your own in its spot. This is where the strategy comes into play as you will need to plan a couple moves ahead in order to get your chips in a row. Playing with more than 2 people really throws a wrench into all those plans as you are now fighting against multiple people who have their own strategies (and grudges).

In our case the person who appeared farthest behind ended up winning with a couple lucky rolls of the die. 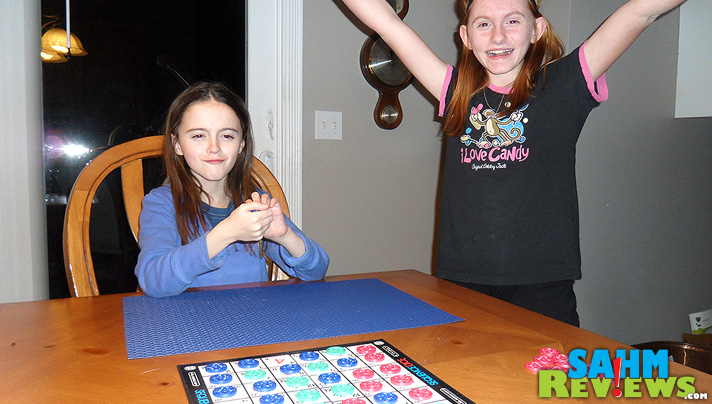 A good follow-up to the popular Sequence line and different enough to warrant your own copy even if you already have the original. Pick up a copy of this highly-rated game on Amazon for well under $20. You can also learn more about the other Sequence offerings on the Jax Ltd. website. Jumbo Sequence looks amazing! 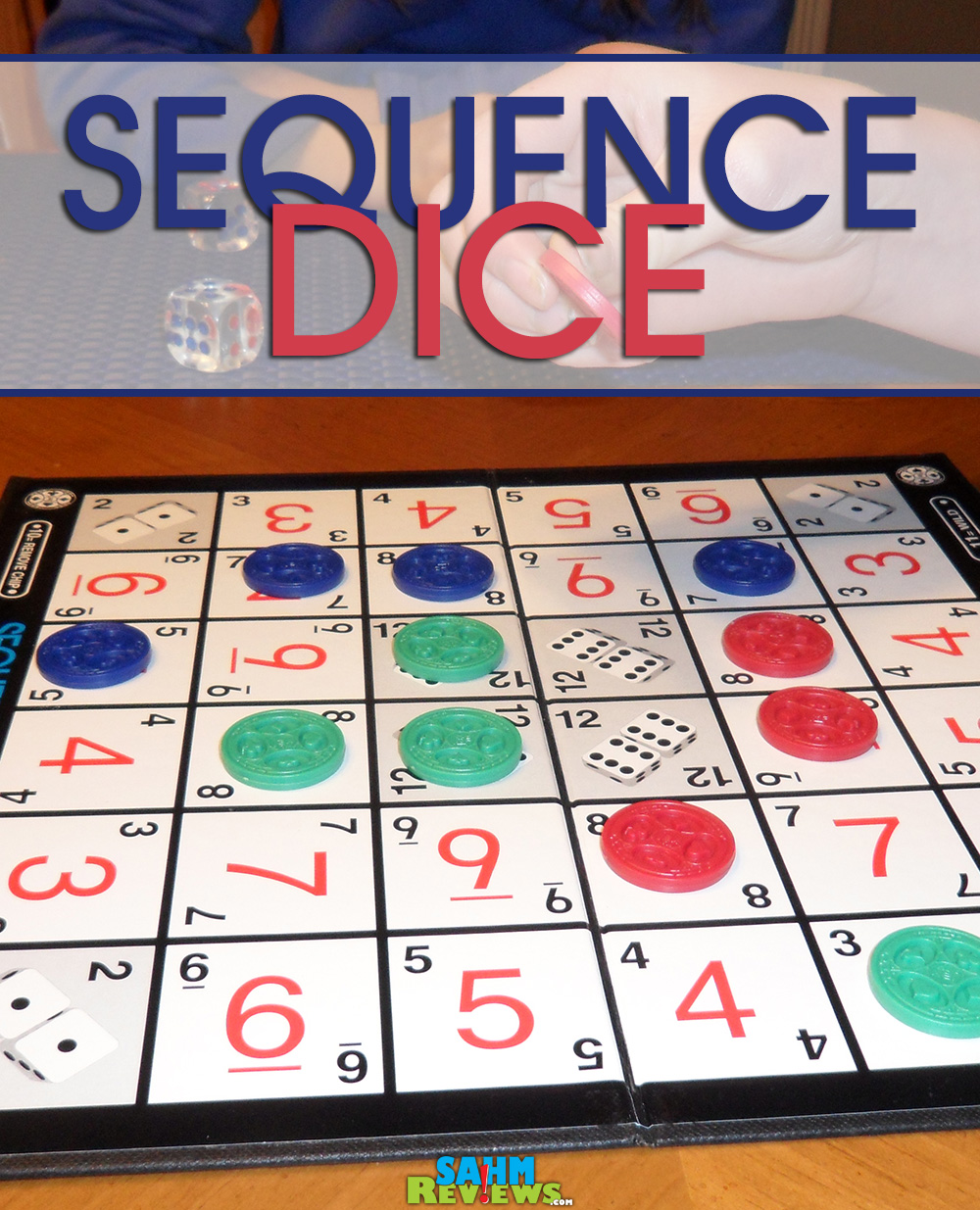