There are some traditions that just aren’t meant to be broken. This post represents the 4th year of the Virtual Gift Exchange.

I imagine you’re probably asking yourself, “What on earth is a virtual gift exchange? Is that where people wrap digital presents and pretend to give them to each other?” or “Is that what it’s called when people in virtual worlds like the Sims exchange gifts?”

No. Although that might also be what it’s called. In this case, it’s where members of the blogging community share about another blog. It’s green. It’s fun. It introduces my readers to another blog and my gift recipient to my readers.  You can check out my post for 2010 that tells how it started, as well as updates in 2011 and 2012. 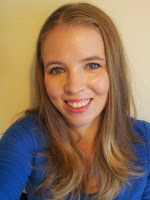 Now, it’s time to introduce you to Sian from You’re not from round here.

Sian (pronounced Sharn, a Welsh name meaning Jane) has some interesting things to share about her life, including a regular feature called “What has made me happy!, her VIP trip to X Factor and various reviews. Aside from having jobs in sporting news and research, she has worked in one of Her Majesty’s prisons. I’m going to have to expand on her blog title and say “She’s not from ’round here.” I’m located in Iowa and she’s on the other side of the pond on the edge of Yorkshire Dales. She moved there from London when she got married but has also lived in Yorkshire and Oxford. While her blog is entitled “You’re Not From Round Here”, her URL is www.offcumden.com which she explains in a post is a local word for ‘not from round here.’

While she claims that she likes to rant on her blog, I don’t think that she really does. Everything I’ve read that she has written is positive and caring. Even facing difficult situations, she still reflected on the things that make her happy.

Be sure to check out all the other blogs participating in the annual virtual gift exchange.

You may find a few that make you really smile!

6 thoughts on “Annual Virtual Gift Exchange: You’re Not From Round Here”