Each year I try to drop hints to my wife about things that I might link for Christmas.  Usually it’s small stuff like new gloves, a gadget to play with or something for the yard.  Things I do need, but don’t buy for myself.  I find myself spending on the kids instead.

But each year the signals get crossed and I end up with something I don’t even remember mentioning.  Bless her heart for trying so hard to read between the lines.  Either she’s a bad listener or I’m really bad at dropping hints.  Far be it for me to blame her in public (or on her own blog) so I’ll take the blame and fix it this year.  It won’t be any clearer – here are some things on my short list (in no particular order).

Xbox One – The kids recently absconded with my Xbox 360 thanks to Disney Infinity, so I’ll need something to replace it.  The new Xbox supports 4k output, but we don’t have a 4k TV (yet).  Maybe this is better left for Christmas next year.

4K Ultra HDTV – This is the new standard and if you’re only going to let me get a new TV every 10 years or so, I want one to at least support the most common formats for that amount of time.  They’re getting cheaper all the time, and by next year we should be able to get a 75″+ for under $3500. 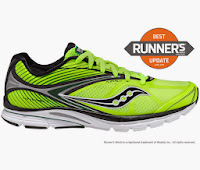 Saucony Kinvara 4 Shoes – We’ve both taking up running this year and have made great progress in the past 9 months.  So much so that my old shoes will be nearing the end of their usable life before all of the snow melts.  I love my Kinvara 2’s that we picked up for cheap at Shoe Carnival, and I’m anxious to try out the latest model.  Should be able to find them on sale under $90 (size 10 please). 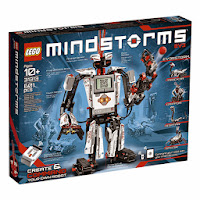 Lego Mindstorms EV3 – We both know who this is for (our daughter who has expressed a real desire to learn more about math/science/etc., so I’d like to encourage it.  At $320-$250 it is probably much too expensive a gift for family to give her, so if you want to give it to me instead, I promise to ‘share’ it with her.

Arduino Starter Kit – On second thought, while the Lego kit will be tons of fun, this open-source electronics kit might teach her more in the long run.  She wouldn’t be able to use it on her own though, maybe the robot is better after all.  Decisions!!!

Netflix – Seems like we’re watching nearly everything recorded on our DVR or streaming something on-demand.  Netflix removed the device limit that prevented us from enjoying it on all of our devices (but will still be limited to one stream at a time).  We can sign up for one month free and then add these gift certificates to the account if we decide we’ll use it enough.

Chess Set – Something else for me and the kids.  I’d like a really nice set, one that will last a lifetime.  Not a branded Mario or Civil War version, but a traditional set.  I’ll be putting it in the living room in the center of the table so I can have ongoing games with one of the girls.

Loafers – I could really use a pair of slip-on shoes that in a pinch I can wear anywhere.  Slippers are wonderful at home, but when I forget I’m wearing them until I’ve driven halfway to my destination it makes for an embarrassing trip.

Running Sunglasses – Back to the running thing again.  No greater pet peeve than being out running and having my Walmart sunglasses slip down my nose as I begin to sweat.  Here’s another example even cheaper!  Even better if you can find some with Google Glass integrated into it!

There’s nine ideas!  I can hear the complaints now – you said “Ten Ideas”!  I’m leaving this last spot as an in-progress position.  This time of year there are always new products being introduced and I’d hate to miss out on something cool by not including it in this list.  I guess this list is…to be continued!

1 thought on “Ten Things that SAHMReviews’ Husband Wants for Christmas”