While attending the Disney Social Media Moms Celebration earlier this year, I was privileged to hear all about the new Disney Infinity game. With every trailer, commercial and video I saw, I was more excited than that last.

While in Chicago to attend a conference, I was invited to a special Disney Infinity luncheon. It wasn’t just ANY luncheon… we were going to get to PLAY the game.

Hands on. Ask questions. See it UP CLOSE. 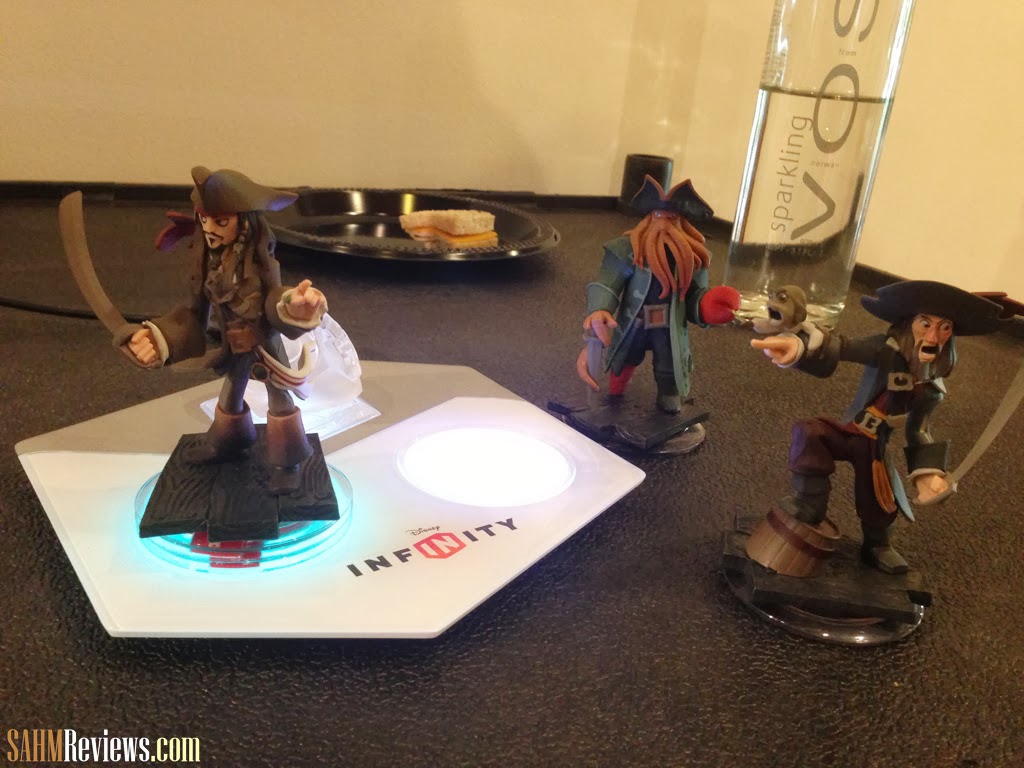 If you aren’t familiar with Disney Infinity, let me fill you in. It’s a new game “system” for all the major consoles.You start with a base (shown above) then select one or two characters. During the luncheon, they introduced us to all that were currently scheduled to be released on launch. Cars, Monsters Inc, The Incredibles, The Lone Ranger and Pirates of the Caribbean. Just because they come in the same set doesn’t mean you have to play them together. If you love McQueen and whomever is playing with you loves Randall, then you can each play those. They aren’t locked to their designated franchise. 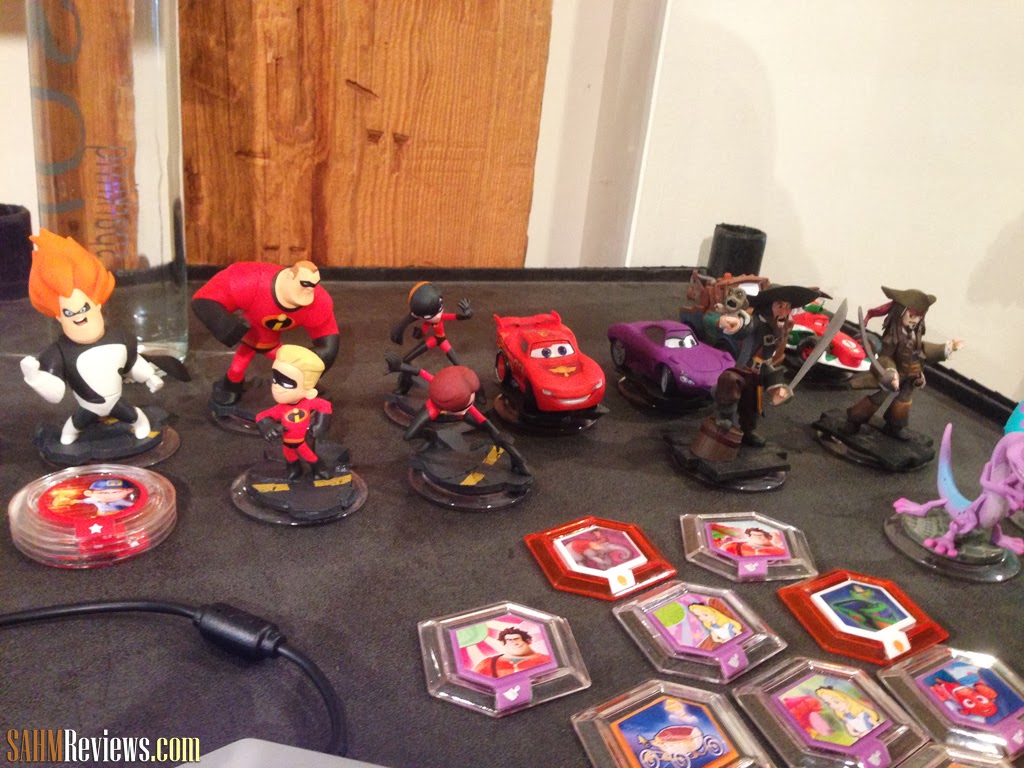 But then you can select the background, too, using one of the many Power Disks available. Just like the figures aren’t locked to each other, the Power Disks aren’t either. Jack Sparrow can hang out in Rapunzel’s Kingdom… if you want to let him. The Power Disks will be sold in 2-packs for $4.99 each. They’re designed to be like trading cards with some being more common than others and all inexpensive enough to trade with friends to get ones you don’t already own. 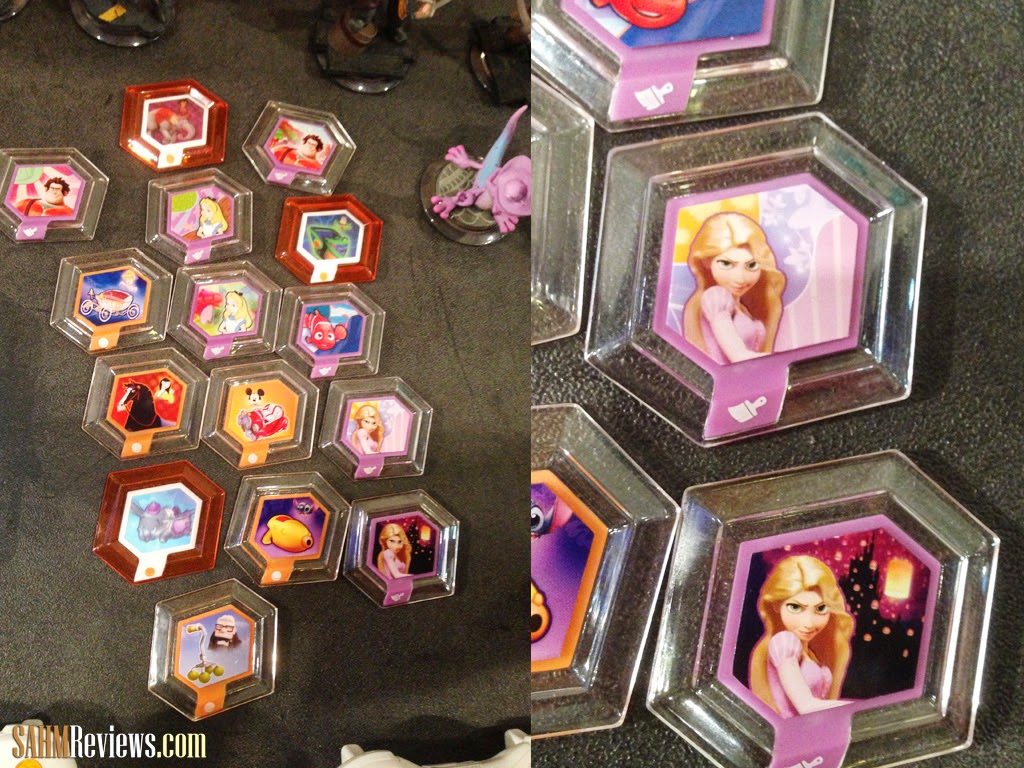 Like anything that Disney does, they put it together completely. Leaving no detail unaddressed. The script that pops up is in tune with the character. As you can see from the photo, “Yer Ship… Cap’n”. The gameplay is like an RPG with multiple quests that run their own stories. The beam into the sky in the background of the photo below designates a quest line.

As I mentioned, you don’t have to play in their own domain with their own franchise characters. Each character has special talents related to their character. Using the Tool Box feature, players will be able to design their own scenes. Like amusement parks? Build one then send Sully riding a roller coaster, for example. Your creations will be interactive and you’ll even be able to upload them to the community and download ones others have created. Of course, the development team will monitor them before releasing them to the public. 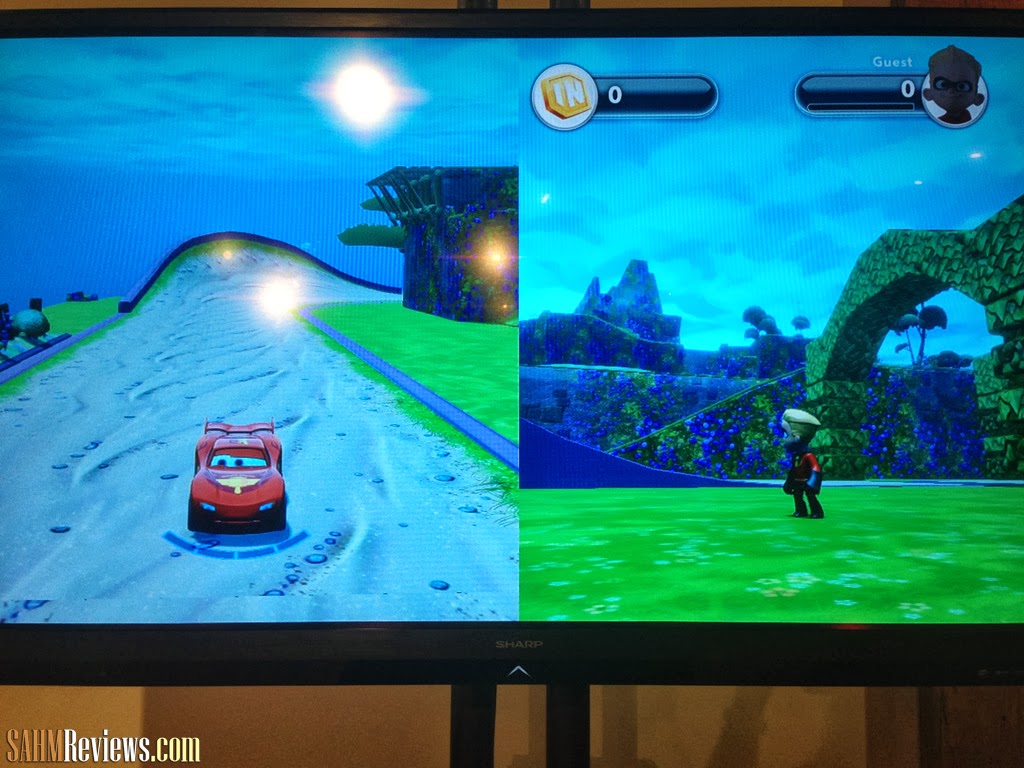 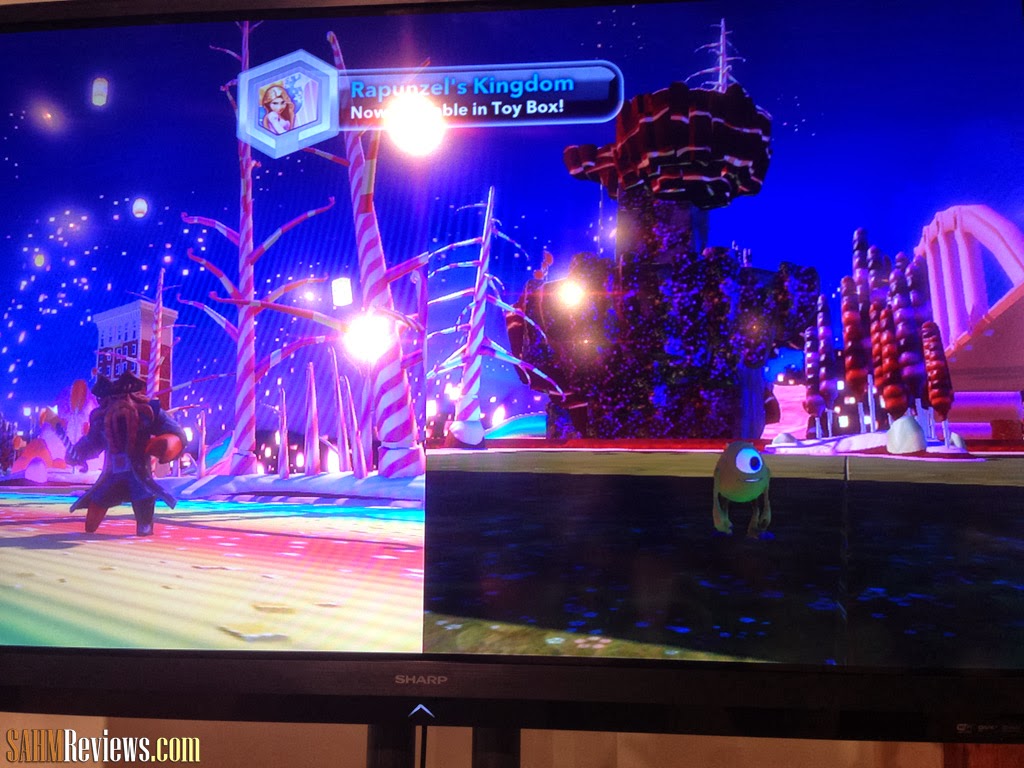 The coolest part of the #DisneyInfinity Play Break luncheon is that we were allowed to actually PLAY the game. Unreleased to the public, I’m able to say that I was among the first to really suck at playing Disney Infinity. I was so enthralled with the design, multiple options and character interactions that I wasn’t exactly doing what he wanted me to do. He was trying to show me a quest line and all I wanted to do was use my Jack Sparrow character to pick people up and throw them.And I ran every which way… “Look a beacon! What does it do?”

He was itching to get the controller back. I could tell I was giving him a headache. But man… I was totally enjoying myself. 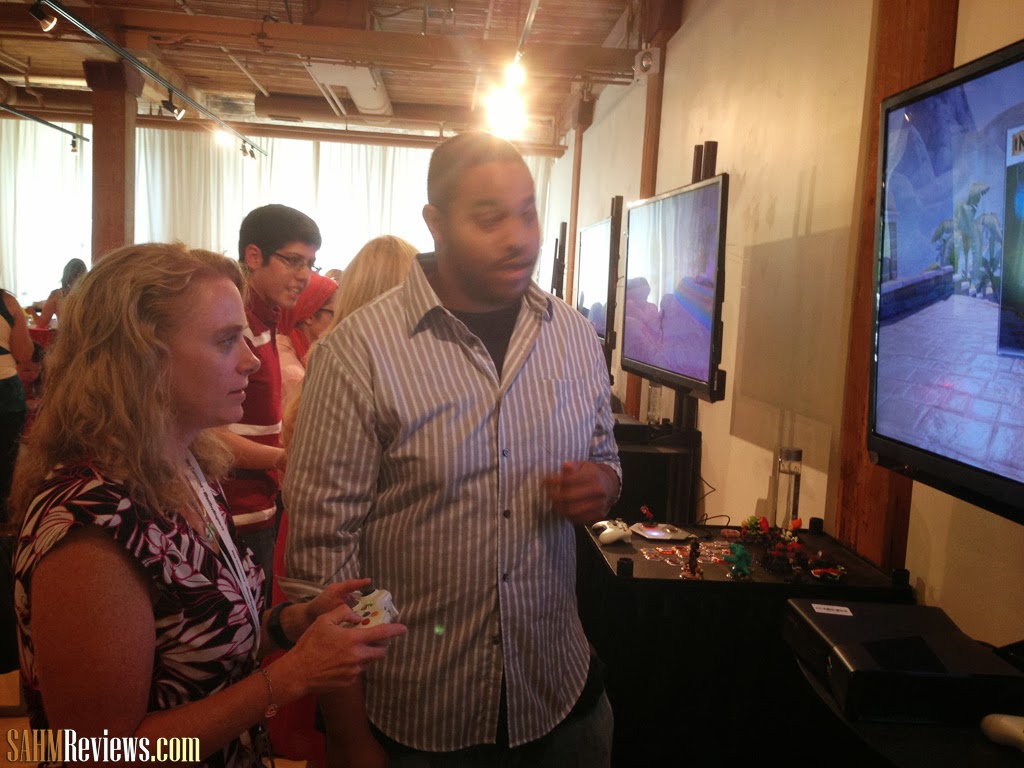 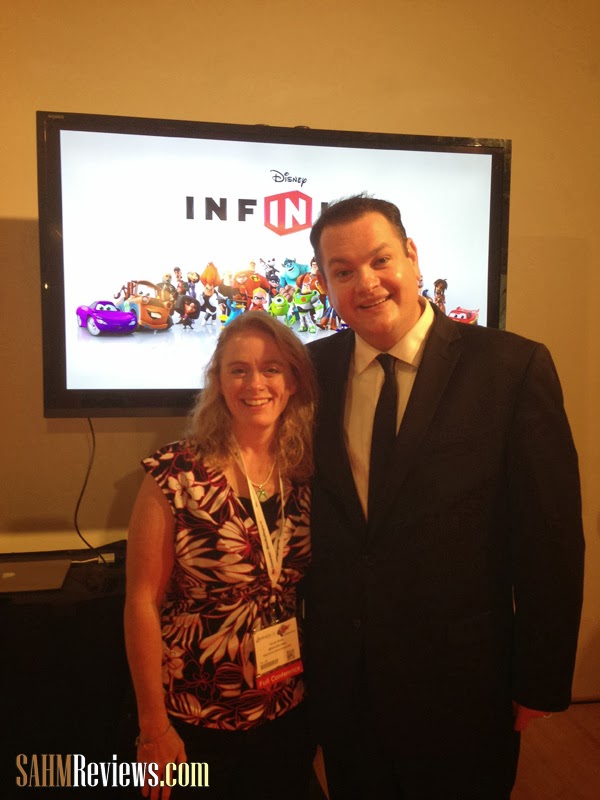 Last, but certainly not least, we were treated to some great back-story from John Vignocchi, Executive Producer for Disney Infinity. He grew up in the Chicago area and even played at the very building that the luncheon was being held. It was an arcade back then.We were able to ask him a lot of questions about the game and he proudly shared detail after detail. Every once in a while, he would grin and say “I can’t answer that.” or “You’ll have to wait for D23.”

In case you hadn’t heard, D23 was this past weekend and they announced A LOT regarding Disney Infinity. When asked what John’s favorite announcement was, he replied: “Favorite? Everyone thought we overlooked including Mickey inside Infinity. So it had to be the Sorcerer’s Apprentice announce(ment)!”

2 thoughts on “Gaming Just Got Disney-er”