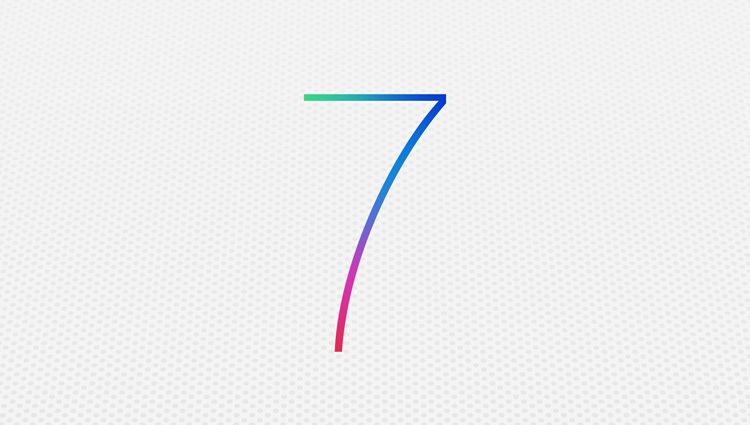 It’s here.  If you haven’t gotten it yet, you should be in line right now.  If you’re undecided, I will show you the best new feature of iOS7 that nearly no-one is talking about!

Of course, there are those that flaunt this law.  I believe some even go as far as to use it as their calling list!  Requesting to be placed on their personal do-not-call list as suggested by many sites does no good, and can in fact result in some angry word exchanges or at best a quick hang-up as they go on to their next number.

So what’s the solution.  It seems so simple in my mind – just block that number.  I have that feature on my home phone, but when I looked to my cellular carrier I was told it would be an additional $4.99 per month PER LINE and would be limited to 30 numbers!  No thank you!

I’ve always wondered why the phone itself couldn’t handle it.  Just look at the caller ID and decide what to do with the number (block it, let it go to v/m, let it go through, etc.) much like how we can set up custom ring tones and photos.  So simple.  I’m sure phone manufacturers are ‘encouraged’ not to include these features as the default to protect their revenue stream.

Here’s where I applaud Apple for ignoring the carriers and implementing a feature for the good of the consumer.  I present to you, CALL BLOCKING!  If you have upgraded your phone to iOS7, here’s how to use it! 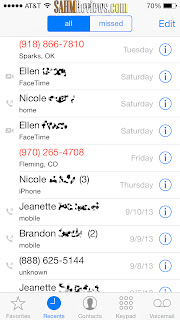 Pull up your call list.  It looks like I received at least three unsolicited calls in the past ten days.  This irks me to no end, because not only are they flaunting the Do-Not-Call Registry, they are in violation of Federal Law which prohibits automatic dialers from calling cellular numbers.

Even worse, I have begun to receive unwanted text messages as well.  They fortunately don’t cost me under my unlimited plan, but they are always an interruption at the least convenient time. Thank you Apple for giving us a solution. 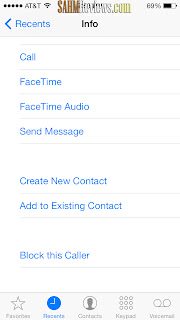 Tap on the “i” in the circle (information) to the right of the phone number that you wish to take care of.  This is the same process as adding them to your contact list for a legitimate caller, so it should be familiar to everyone.

Next, scroll down to the bottom of the next page until you see “Block this Caller”.  This is where the magic happens! 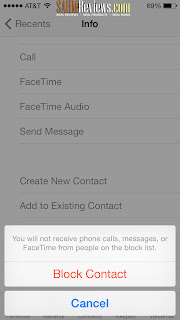 Tapping on “Block this Caller” brings up this short option menu – Block them!  Not only will this prevent you from getting phone calls from this number, but it will also block messages and FaceTime calls from them as well!

So here’s my official “Thank You” to whomever at Apple fought to keep this feature included in iOS7.  May your dinners always remain uninterrupted!