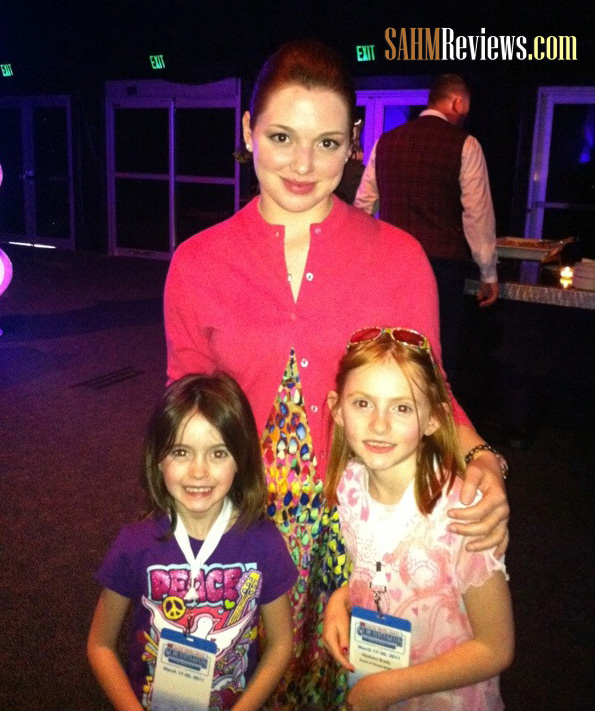 There’s no arguing the fact that we are a Disney family. Whether we are watching a Disney movie, wearing Disney clothes, playing with Disney toys, AT Disney, listening to Disney Radio, playing a Disney video game or watching Disney Channel on TV, there are seldom times when we aren’t happy.

We even had an opportunity to meet some Disney TV stars while attending Disney Social Media Moms last year. We were in heaven.

As I’ve explained many times before, we like video games around here. All kinds of games. 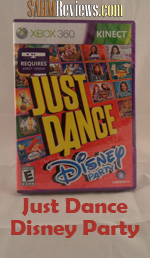 We’re no strangers to Just Dance products as is evidenced by the stack photographed here. So when Clever Girls Collective shared details about Just Dance Disney Party, we headed straight to the line to get it.

A video game – with dancing – as part of the Just Dance product line AND it is Disney. Cosmic forces must have brought that all together.

When the game arrived, I showed it to Miss K. She’s our dance fanatic. She is one of those kids able to watch a video or dancer on TV and pick up the moves pretty easily. She is also the family member who gets the most screen time with Disney Channel. She knows all the shows and all the characters on all the shows.

And if they dance on the show, she knows all the dance moves, too.

When she saw Just Dance Disney Party in my hand, she did a little happy dance. Then she grabbed the game and flipped to the playlist on the back.

You get the picture.

So she loaded it up and started dancing away.

Like a little rock star, she had it down and was having an absolute ball. Come to think of it, I think she did that one twice, back to back, before I insisted she try Supercalifragilisticexpialidocious because I wanted to try it with her.

THAT was fun. (Not to mention a good workout!) Totally old-school dancing. I kicked her butt on that one.

She tried out a few of the other songs she recognized from shows she watches: Good Luck Charlie, Shake it Up and Wizards of Waverly Place.

Then her sister got wind of what was up and came to join us. Miss M picked a few songs she liked, including Phineas and Ferb. While they were dancing away, I snapped a few photos. Check out the air they got! While watching them dance, I didn’t realize they were getting so far off the ground!

The features of Just Dance Disney Party are the same as most other Just Dance games. Different dance modes and the moves are highlighted on the screen. It was familiar territory so the girls just felt that it was a different choice of songs.

The only thing we didn’t like is that there didn’t seem to be enough songs. Yes there were many, but more than half were classic Disney favorites like “It’s a Small World” and would have been a better for a younger crowd. My girls wanted more trendy songs to dance to.

Overall, the kids liked it but given the option, preferred Just Dance 4. Just Dance Disney Party would be great for families with kids of varying ages!

For more information on Just Dance Disney Party, check out their webpage. If you need to grab a copy for under the tree, Amazon has it for Xbox360 and Wii! #JDDisney

Thank you to Ubisoft for sponsoring this post. Please click here to learn more about Ubisoft. #UbiChamps