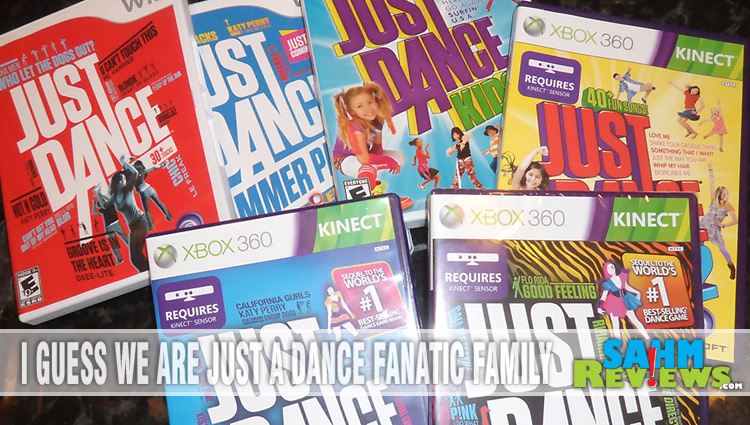 I started dance lessons when I was pretty young. Two and a half to be exact. I haven’t a lick of talent when it comes to music but I could dance. That was my thing. Recitals back then were pre-personal video cameras so everything I remember is right.. up.. here. (You did see me tapping my brain, right?) And from what I remember, I was usually front and center. Dancing made me happy and it made me smile. 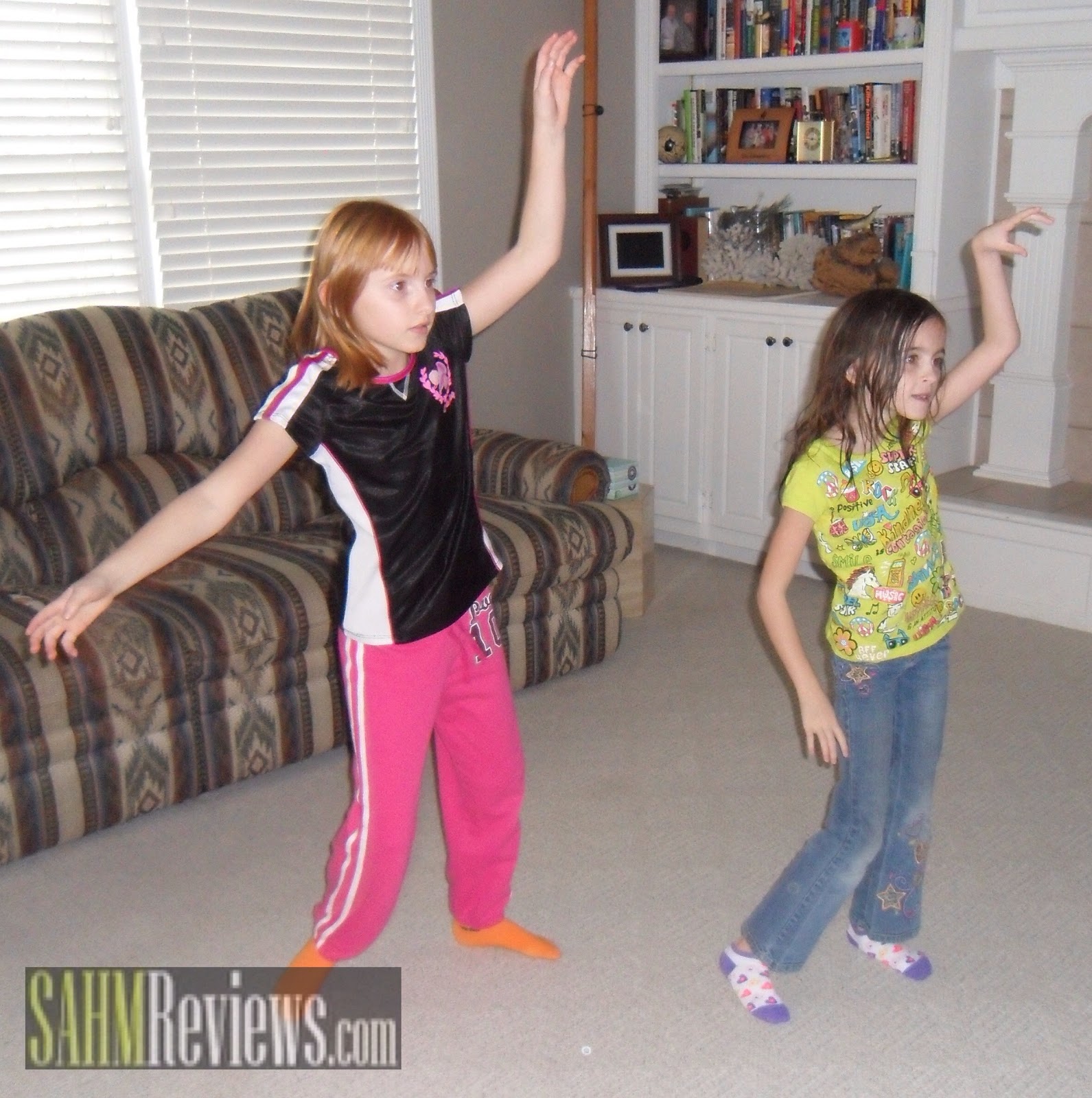 While I no longer like being front and center, I still love to dance. When music is playing in the house, I’ll often dance around when nobody is watching. Or when the kids are playing one of the dance video games, I’ll stand on the sidelines dancing along.

It makes me happy. 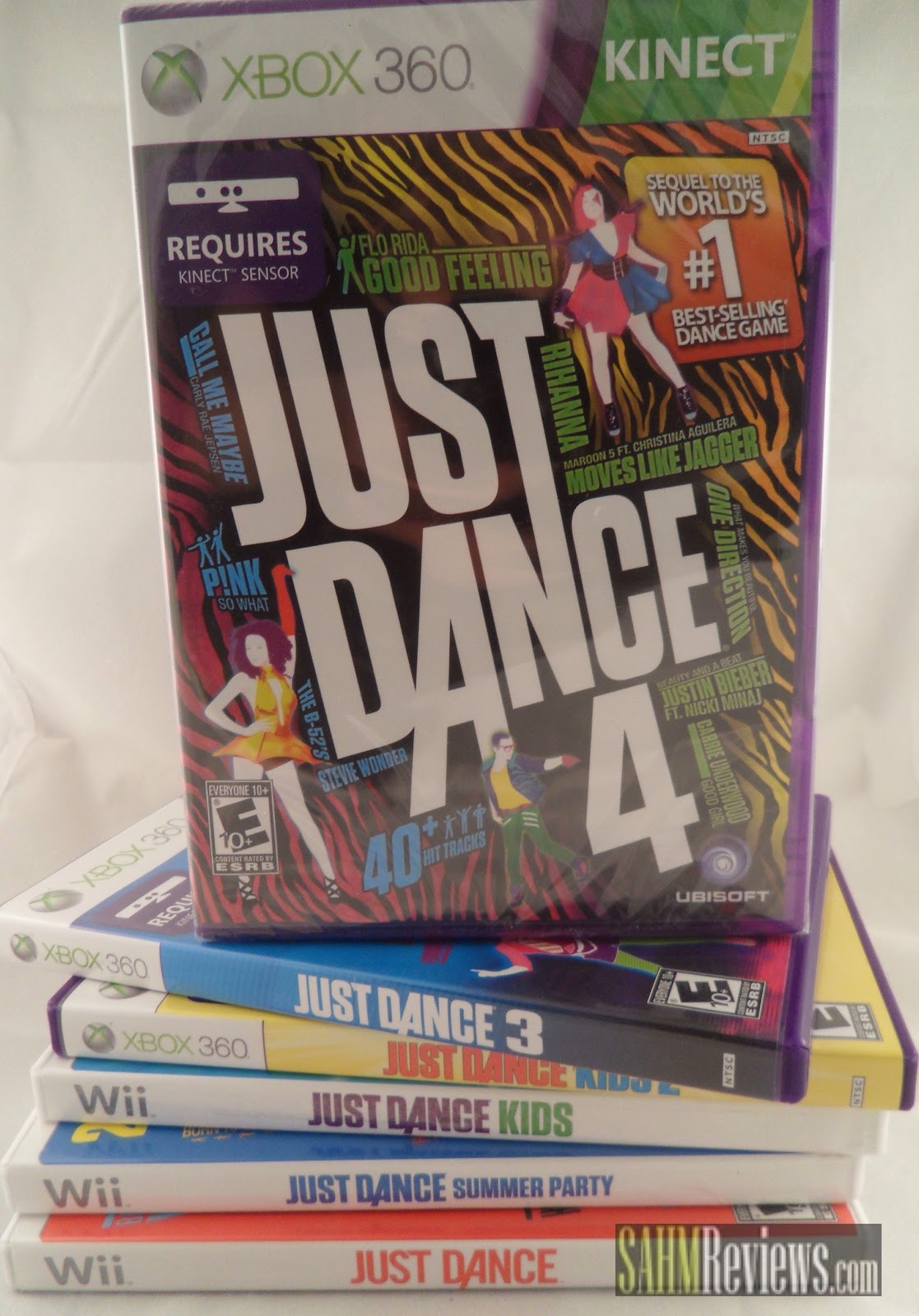 Yesterday we were playing Just Dance 4 from Ubisoft. Like every other dance game, (We’re very familiar with the Just Dance line of games… we have a few. Don’t ‘cha think?) you can select from a long list of songs. Just Dance 4 is no exception – this one has a list of awesome current pop titles like Carly Rae Jepson, Salena Gomez and Flo Rida to name a few. It also includes some older along with some classics like Elvis Presley (Jailhouse Rock) and Ricky Martin. The one that caught me off guard was Rick Astley’s infamous Rickrolling song – Never Gonna Give You Up.

I pray the my daughters don’t learn what Rickrolling is or they’ll dance to that one just to drive me crazy!

So like normal, the girls queued up some songs and starting dancing while I was taking some pictures for this review. They had no problem finding songs that they liked. As I said, there are quite a few hit titles. This version of Just Dance offers multiple modes to choose from, including duets, battle or crew. There is even a “Just Sweat” mode that tracks your calories and adapts to your energy expenditure. Miss M and Miss K danced and focused and smiled. 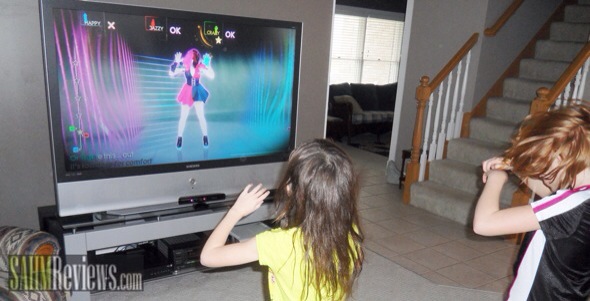 The game even had a section of playback videos and photos so they could see what they looked like while they were in the groove. (And there’s even an option for social sharing of those!) They were having so much fun and it was great.

And it made me smile.

What I found amazing about this game wasn’t just that it let you dance away on a whim. It had amazing tracking ability. Four of us were playing in a very small space and the Kinect was able to locate and isolate each of us without a problem. When I stepped out to take photos, it didn’t drop me out… it found me when I returned and started right back up without a problem. Like prior versions of this game, it has the same general layout of a dancer and moves scrolling across the bottom right side. On the bottom left, the lyrics roll. So while four people can be actually dancing, someone else can be using it for karaoke! This game is great for group settings!

Over the past year, as part of my weight loss campaign, I’ve tried to occassionally mix things up. Sometimes I take classes at the gym, sometimes a 20-minute video, ride a bike outside, hit the treadmill or a game like this. It sure doesn’t feel like exercise when you’re happy and enjoying yourself. 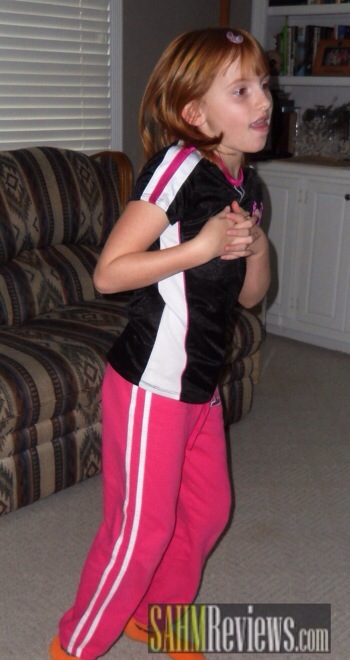 So instead of sitting around miserable because you ate too much turkey and fixings or you’re upset after the holidays because you put on a few pounds, get up, pop this in and encourage everyone to join you for some fun and dancing.

And enjoy yourself and smile. If that doesn’t do the trick, then Rickroll someone.

Just Dance 4 is available for the XBox Kinect, PS3, Wii and even the new Wii U! You can find it at Amazon, Toys R Us and other major retailers.

2 comments on «Dance, Smile and Rickroll!»