I’m not sure where the obsession started but there is no denying it… Miss M is head over heels crazy about huskies. Her goal is to collect “Every husky in the whole world.” She looks at stuffed ones, ceramic ones, pictures and more. That’s a husky hat on her head which, mind you, she bought with her own money because she wanted it so bad.

While visiting my mother-in-law, we stopped into a store that had knick nacks and she saw a lamp with a base carved into wolves.

She wanted it because they look a lot like huskies but we drew the line. Huskies… Not wolves…

But she still loves them all.

So when I opened up the Nat Geo Interactive experience for Xbox 360 Kinect and she saw the disc for wolves, she wanted to explore. Unfortunately, I had promised her sister first shot at the game. Each disc includes a mix of information in the traditional National Geographic style with beautiful, up-close photos and wonderful insight as well as interactive activities.

Miss K wanted to do Volume 1 – specifically the Grizzly bears. As she started to get involved in it – watching the documentary-style portion then getting engaged in the interactive activities, she delightfully exclaimed, “This is going to take forever because it’s sooo fun!” While I originally thought it was to prolong the wait period for her sister, I realized it was genuine because when it came time for the games (which allow two players), she invited her sister to join in. They became bears together…

The interactive activities include portions where you are given photo assignments and you snap pictures. There’s also a section where you watch for keys to allow you to get ‘sidetracked’ where you get more in-depth information. As an example, there was a section that provided details on how you identify a Grizzly bear just from its tracks. With the wolves, it talked about how domesticated dogs are related to wild wolves. 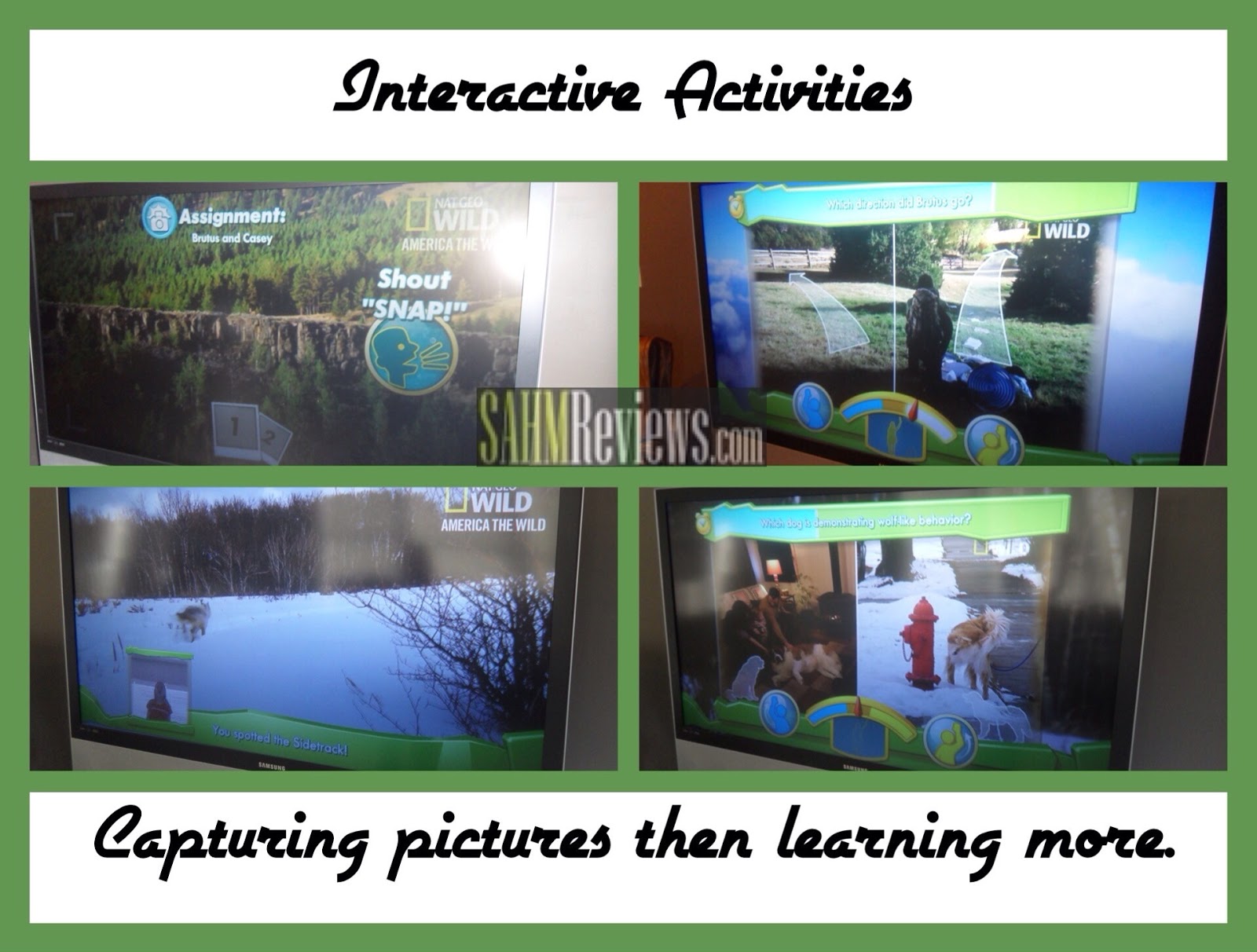 Then there are the games.  Utilizing the Kinect, you become’ the animal and  play a game representing actions that the animal might display. Swatting insects in the air or feeding the babies.  They’re able to safely explore the wild from the safety of our living room – and feel extremely engaged. This isn’t a just a game, it’s an experience. 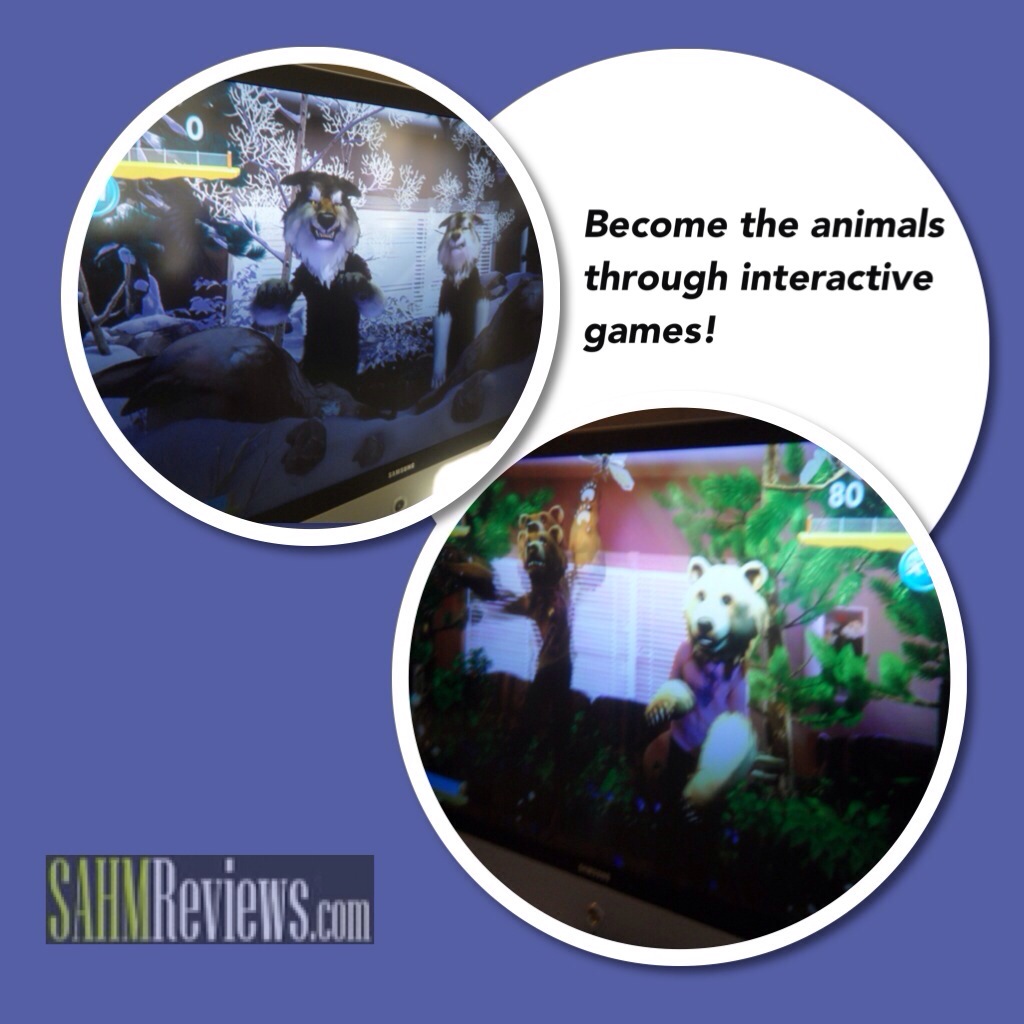 I absolutely love our Kinect and all the features that it offers. Each new game or activity that is released with that distinct “Kinect” logo in the corner is more amazing than the last.

And it gets even better… I just found out that Microsoft lowered the price of the Xbox 360 with Kinect.  Check out the amazingly low prices! If you don’t already own a Kinect (or an Xbox/Kinect combo) then it’s worth checking out for Christmas! Not sold on the idea? Peruse the list of games available and it might sway you.