Right before Halloween I signed up for Vudu after purchasing a pre-order copy of Men In Black 3.  While I do wish the signup process had been a little smoother, I did get it set up – and thus the wait began for the early release of MIB3.

Surprisingly, there was no email or any type of notification that the movie had become available.  It sure would have been nice to get a reminder from Vudu that something new was now in my library.  Fortunately I had the date circled and knew exactly when it should be hitting the service, and sure enough, it did release on time.

We have a semi-tradition in our house when we have family movie nights.  Nothing too fancy, just some old-fashioned homemade popcorn (with REAL butter) and NOT popped in a microwave!

We even buy the special ‘popcorn salt’ from Walmart, which is basically just powdered table salt, but mixed with the butter it results in the perfect movie-popcorn experience. 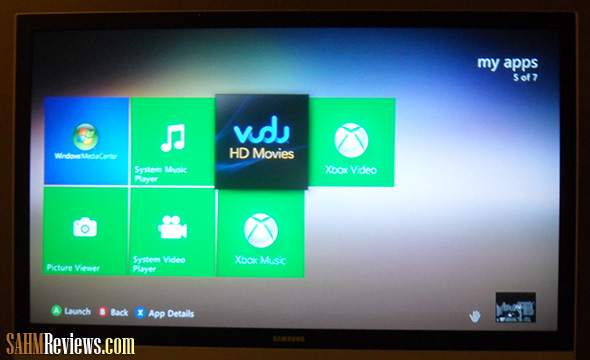 With the popcorn made, it is now movie time.  Hopefully using Vudu isn’t as harrowing as the setup.

It never fails…every time I turn on the XBox to do anything, there is an update… 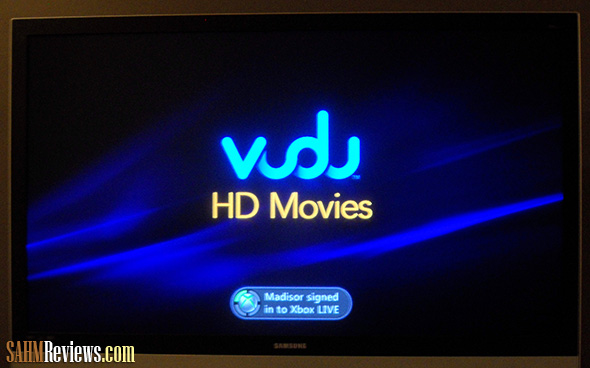 Fortunately this one only takes a couple minutes to download and then launches right into the app. 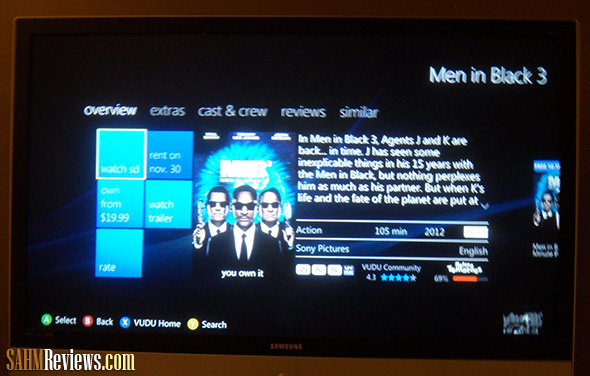 Now, I have to say it would have been nice to be able to stream a HD version since I have plenty of internet bandwidth, a HDTV and the XBox hooked up via HDMI, but I’ll have to live with the SD version.  It should be 480p, which is the same as the regular DVD and still better than SD broadcast television. 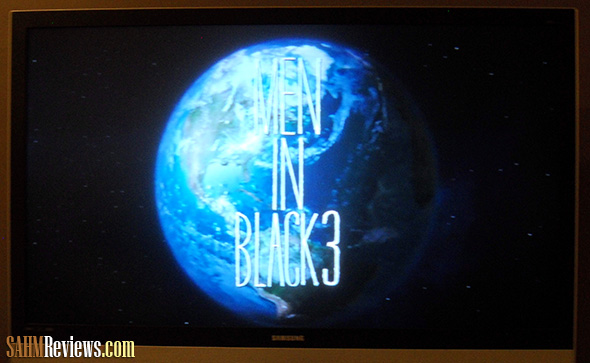 It looks fine!  And the streaming is flawless with zero artifacts!

I may have mentioned that we did originally see this movie in the theater and are huge fans of the series.  One of the nice things about having a copy on DVD is the ability to pause/rewind/etc. in case you miss something or want to find little hidden secrets that the producers might have slipped in. 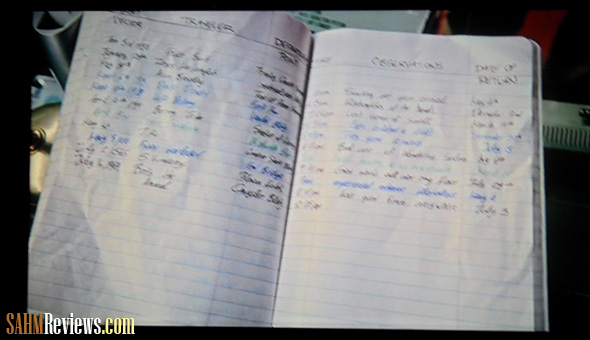 With the streaming copy we were able to navigate around the movie with ease, actually much easier than dealing with a DVD.  We stopped on a closeup of the “time-travel log book” to see if there were any interesting names on there, but we were disappointed that there weren’t.  If you saw the first MIB, you’ll remember the shot inside the headquarters of all the famous people that were supposedly aliens – we were hoping for some insider information here as well.  Maybe next time!

We really enjoyed being able to view MIB3 ahead of the release and the DVD copy we purchased should arrive next week!  I should have sprang for the bundle though, I think I missed getting #2 on DVD, and it would be nice to have Ultra Violet copies of all of them.