My girls have it all figured out.  Today’s boys don’t care about girls that can cook, can speak intellectually or keep a clean room – they care only about toys, video games and sports. Remember, I’m talking about pre-teens here…I don’t need any of you putting any other ideas into their heads.

So what is a girl to do to attract the attention of the opposite sex?  Join them in their pursuits! When MommyParties approached me (definitely NOT a mommy) to check out a new line of Batman action figures and accessories for a dad’s point of view, I polled my girls about whether they’d be interested in playing with them.  Two resounding “yes” votes and an immediate plan to invite over some friends.  Little did I know that my daughters would be the only females there! 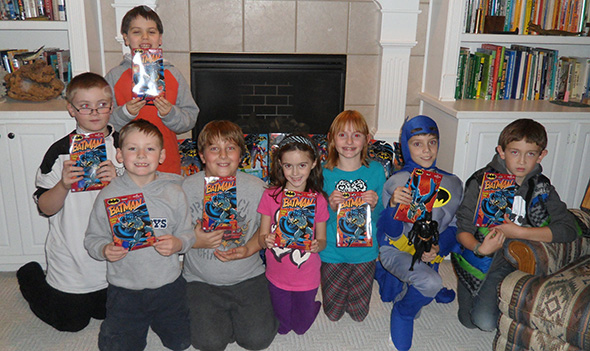 Before I get ahead of myself, we had a lot of planning to do. We received a great assortment of action figures and party accessories to use for our gathering. 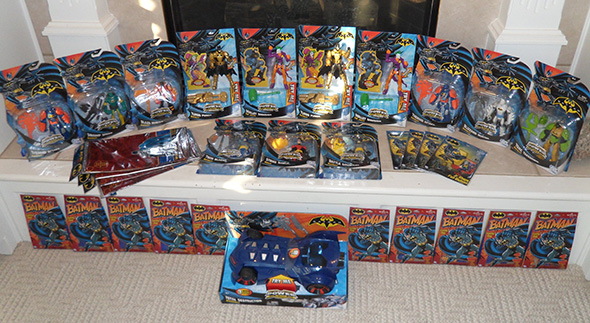 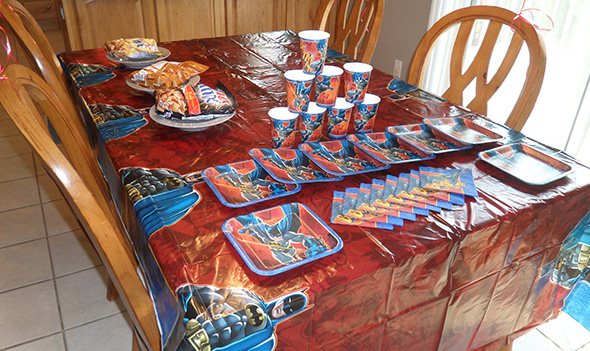 We were able to find a good Batman mask template online so every attendee could dress the part. 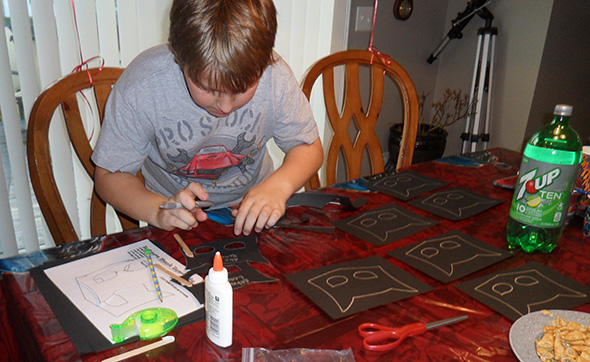 But this wasn’t necessary for one guest – he came to the party all decked out! 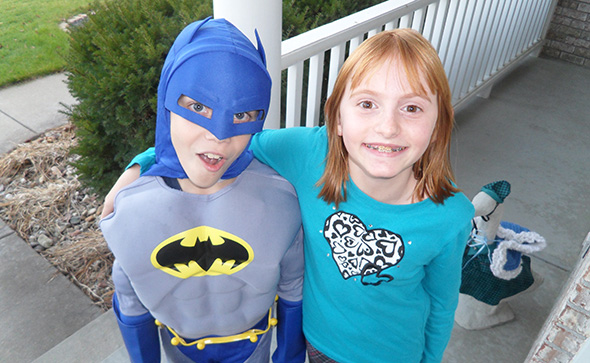 A couple of the other guest brought their own stash of Batman toys, so while a DVD of the Batman series was on in the background, the role-playing began! 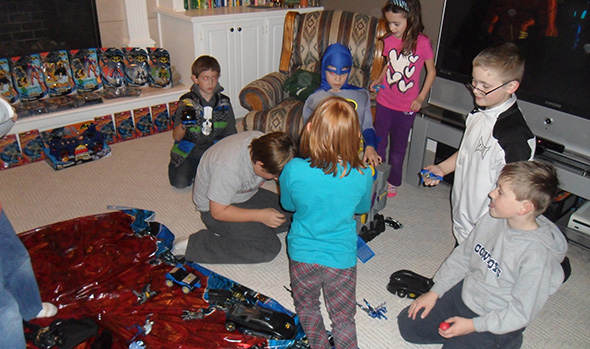 Last weekend we were fortunate to visit the Chicago Toy & Game Fair (ChiTAG) and met with the great people at Mayfair Games. They provided us with this new (and very inexpensive) game called “Le Boomb“. It is similar to a version of “Hot Potato” and was perfect for this superhero-themed gathering. 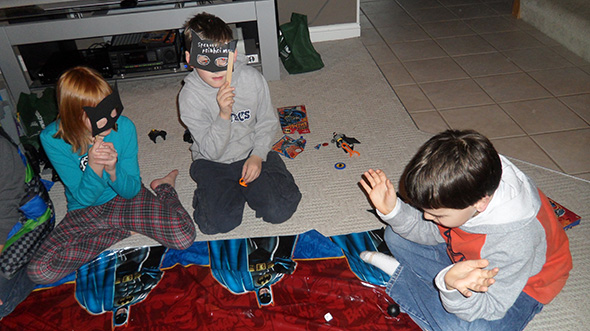 The winner of each round got to pick out a brand new action figure to open and keep! 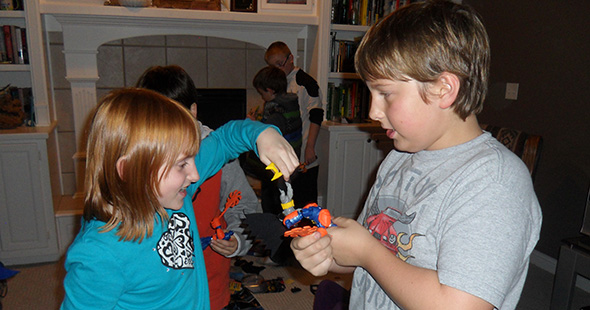 They were a HUGE hit!  The boys spent more time trying to decide which ones they wanted to pick for themselves than playing the game in the first place!  Too many great selections to choose from!

After everyone had one figure and they were all open and assembled, it was time to give a special prize for the best costume.  Hands down, this was the winner and he was awarded the largest prize of them all! 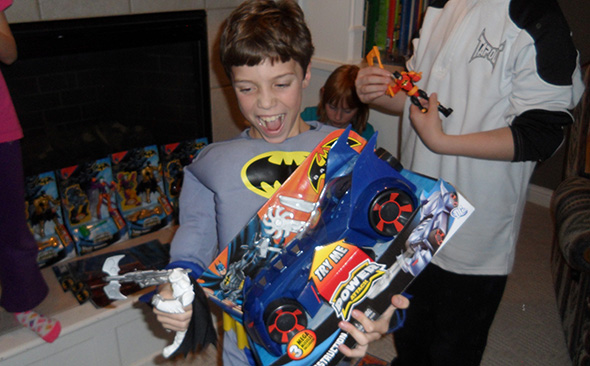 And luckily we happened to have some helium around to fill up the provided balloons! Everyone got one to take home as another prize! 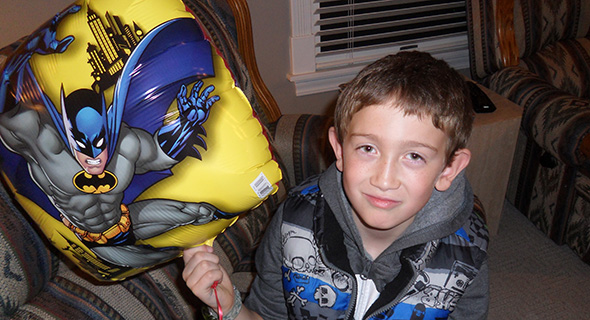 A special thanks to those who brought extra toys for others to play with – they got to take home a little something extra also! 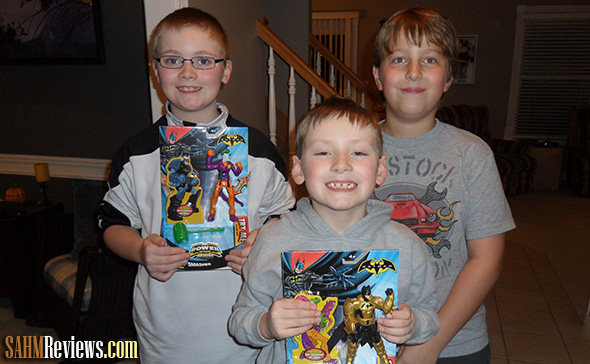 All in all everyone went home happy with a couple fantastic toys.  And my girls?  They ended up with six new ‘boy’ friends!  The teenage years are going to be sooo hard…