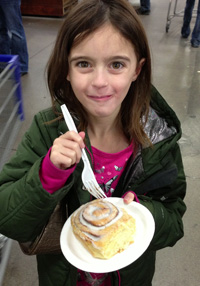 Black Friday… Oh, how I love and loath you. Great deals are to be had but the crowds are absolutely unbearable. Although I’m a people person, I’m absolutely NOT a crowd person. So while others were braving the crowds and standing in line at other retailers in hopes of landing some deal or another, I was comfy and cozy checking out the deals at Sam’s Club.

We arrived at Sam’s Club to check out some of their advertised specials. There were Blu-Ray players for around $30, luggage sets on sale and other random bargains. As we walked in, we spotted a sign announcing free breakfast in the fresh section. Sounded good so we started in that direction. 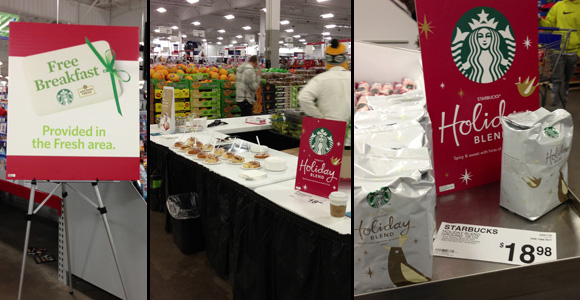 Along the way, we looked at the various bargains. The crowd around the electronics section was pretty deep but everyone was polite and orderly. Nothing that we needed from that department today though.

When we arrived in the back of the store between bakery, produce and meat, we found a large table and display with whole fresh fruit and full sized Artisan Fresh cinnamon rolls. There was a separate cart for Starbucks Holiday Blend coffee but they were already out and off making another batch. We decided to enjoy some breakfast before shopping a bit more.

The Starbucks table had basic creamer and sugar so I ended up making my cup quite a bit different than home. Surprisingly, I didn’t mind it this way! I was absolutely amazed at how cinnamony (if that isn’t already a word, I’m making it one) it tasted. Usually, this intensity of cinnamon and spices is only found in those expensive mall cinnamon rolls. Maybe I was able to taste it so well because the holiday blend of Starbucks brought out those flavors more. A lot of people sampling the Starbucks and Artisan Fresh Cinnamon rolls missed out on that blend of flavors for a few reasons. One, because they ran out of Starbucks so quickly and two, because there wasn’t a place to sit and enjoy them together. Most people grabbed a roll, gobbled it down then grabbed coffee (if there was any) and walked around sipping that while shopping. They sure missed out!

We grabbed a bag of the Starbucks Holiday Blend and a package of Artisan Fresh cinnamon rolls for home Then we headed out. 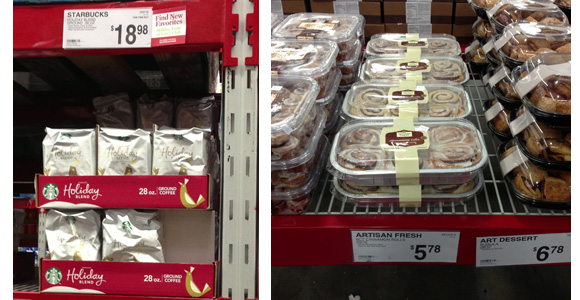 Once at home, I brewed up a pot of coffee and cut myself a new roll. I decided to see if maybe this blend of Starbucks would help me kick the habit of having coffee with my cream and sugar. So I made my first cup and tasted it black. 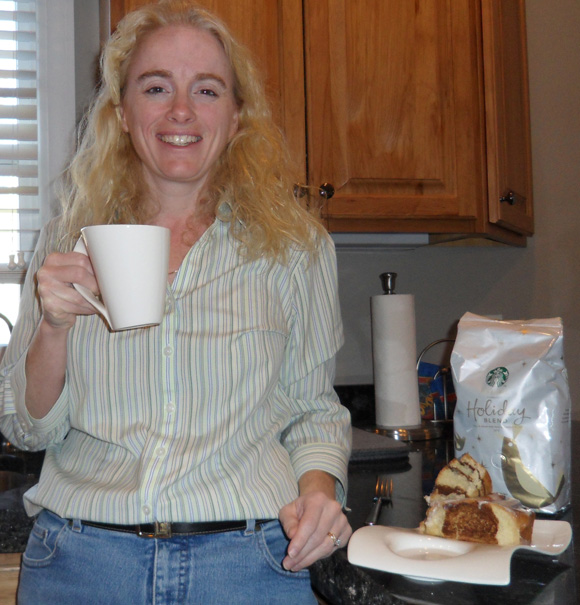 Ummm. Yeah… no. I need SOME cream and sweetener. I added a little Splenda then tried the coffee again. Tasted pretty good. The flavors were rich but not overwhelming. Then I tasted the cinnamon roll and was once again amazed by how the flavor of the cinnamon came through. There were other complimentary flavors besides the cinnamon but I’m not sure whether it was cloves or nutmeg or what. I’m not a baker and don’t pretend to know all that fiddle-faddle stuff.  I just know it tastes good. I actually think some of those flavors were coming from the Holiday Blend while others were coming from the Cinnamon Roll itself.

Unlike a lot of cinnamon rolls, I liked the fact these didn’t have hard edges. I hate hard edges on my baked goods. (Except cake because I love the frosting!) I’m one of those people who will wait to grab a middle piece of brownie as soon as the opportunity arises. Every one of these was soft on the edges and I didn’t feel the need to commandeer the middle pieces. 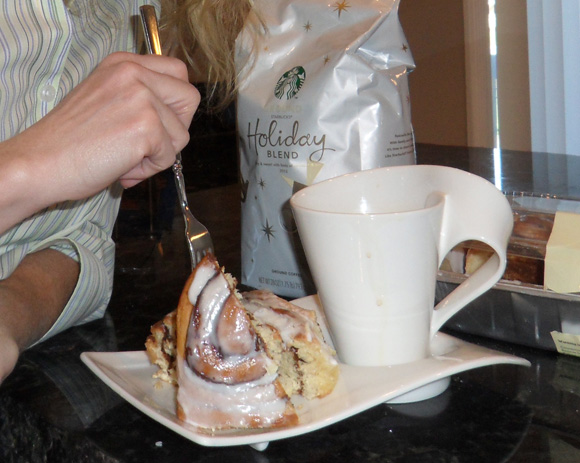 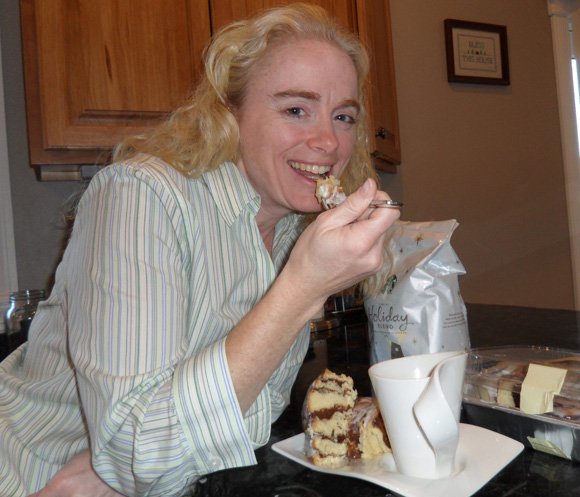 Shortly after finishing this, my mom stopped over. I poured her a cup, as well. She asked what kind of coffee it was because it tasted so good. I explained that it’s the Starbucks Holiday Blend but not decaf. She always drinks decaf. Come to think of it, I didn’t see the Holiday Blend in decaf at Sam’s Club. Not sure if it’s available or not. Hmmm.

If you’re looking for a nice flavorful coffee and treat to serve at your holiday gatherings, these delicious pairings are worth grabbing. Artisan Fresh cinnamon rolls come in a smaller variety and there are other Artisan Fresh products to choose from to fit your taste buds. Be sure to check them out on your next trip to Sam’s Club. 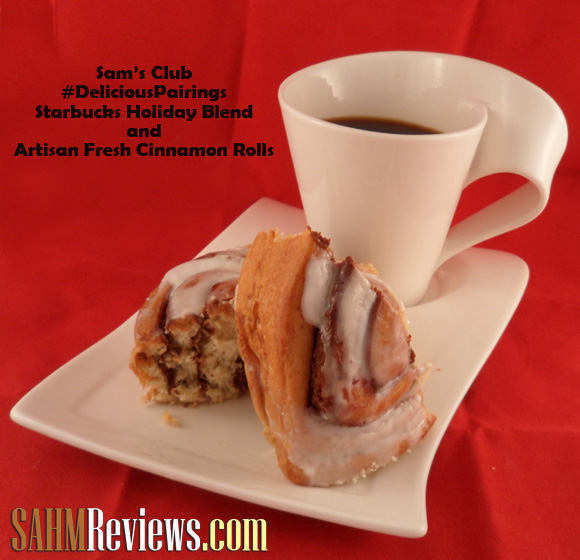 Note: The beautiful Villeroy and Boch mug and plate set were a Christmas gift from DH a few years ago after I fell in love with them on the TV show, Chuck. Aren’t they pretty?!

3 thoughts on “Starbucks and Cinnamon Rolls”