Home / Wellness / Fitness / Searching for SportsParent of the Year 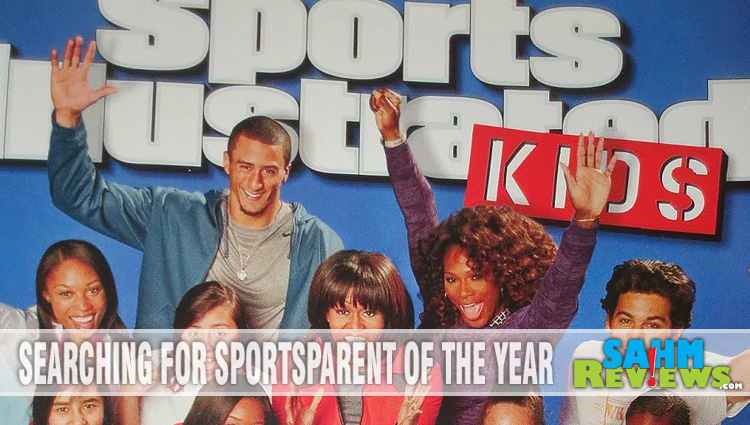 Searching for SportsParent of the Year

When I was a kid, my brothers and I were pretty involved in sports and activities of some sort or another.  I was in dance from a very young age as well as in the hardball Little League. We lived in rural Iowa and there wasn’t a Little League there until my folks set it up! My brothers were involved in wrestling and, of course, the Little League team, too. As we got older, we were more involved in different activities and constantly on the go. I remember how hectic our schedules were as we worked practices, lessons, recitals, tournaments, games and all into the schedule. Until I became a parent, I didn’t realize just how crazy that schedule really was. Nor how expensive it is!

Since the girls were old enough to participate in sports, we’ve had them involved. They’ve done dance, soccer, gymnastics and now are both on the swim team.  It’s positively crazy trying to negotiate the scheduling of practices, sit-down dinners, religious education and soon-to-be orchestra into one calendar. Oh yeah. Did I mention expensive?!

I can only imagine how difficult it is for families with more than two kids, much less families with kids NOT into the same activities as each other.  Somehow, parents figure out a way though.  No kid could be a standout on their sports team if they didn’t have a parent standing behind them on their way.

Know a parent who exemplifies SportsParent of the year? Know someone that goes above and beyond to help their child in sports?  Here’s how you can nominate them but be fast because the deadline is 9/24!

As a special offer, SI Kids is providing their September tablet issue COMPLETELY FREE! The tablet edition has everything that the print magazine has, but also includes bonus photos and interactive features like games and sports cards that kids will love! Simply download the SI Kids app on iPad or Kindle Fire, and use these credentials to access this latest issue:

Or, if you want to receive an entire year of SI Kids in print and on tablet for only $19.95, you can subscribe immediately by heading HERE.

Now what are you waiting for?  Someone has to win so why not someone you know?… or even you!