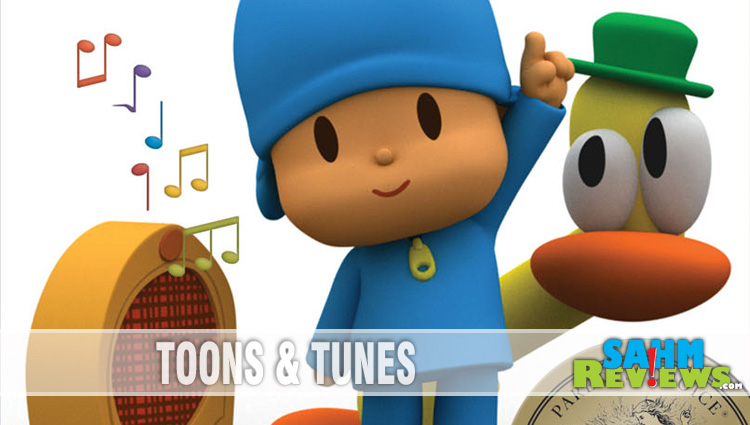 I was one of those people who told myself when I have kids, I’m not going to have them watch TV. all day. I was going to set limits and not spoil their minds with such a bad habit. I mean, what would they learn? Little did I know.

That 36” box of electronic circuits saves me from insanity when I most need it. The first thing Little Miss A does when she wakes up in the morning is ask for toons, i.e. cartoons and milk. Those really are the first words that she iterates. Well, maybe “where’s Daddy?” but toons and milk is our morning ritual. Gives me a chance to wash dishes and feed the dog! Whenever I have to make a phone call, mow the lawn, or make a meal, we turn on the television. Without the TV, life would be a little difficult at home being a stay at home mom. Don’t get me wrong. I don’t turn on the TV all the time. I do socialize my child and expose her to the arts, science, and literature. She plays outside too. I would say she’s a normal 3 year old that’s pretty intelligent.

Now, I’m also one of those parents who seems to know every song on Nick Jr. and sings it to herself even when her child isn’t present. Who does that? Am I normal? There’s a reason those tunes are so catchy!!! Which tunes and toons do you like? Are they both as annoying as I think they are sometimes?

Little Miss A likes all sorts of toons. Her favorites are Dora, Diego, Wow Wow Wubbzy, and Max and Ruby. Now and then she’ll watch something different and spare me of listening to the same thing over and over again. I’d have to say all of these shows have some upsides and downsides to them; in my opinion. Thank God for the catchy tunes in these shows too; right?  Now we’ve found a new one, Pocoyo.

Pocoyo is an animated cartoon featuring Pocoyo, a 3-year-old boy and his elephant friend Elly, duck friend Pato, his pet dog named Loula and Sleepy Bird. The series is narrated by a British sounding man. Pocoyo has only a few words in his vocabulary which surprises me for a 3 year old. He speaks in one or two word phrases but the narrator also talks to Pocoyo and the viewers throughout Pocoyo’s playful adventures. Unlike the shows Dora and Diego, Pocoyo’s animal friends don’t talk; as they shouldn’t! But they have very fun loving qualities about themselves that they don’t need to talk.

It’s interesting to have a Spanish derived title and characters when the narrator has a British accent and doesn’t pronounce “Pocoyo” as I would, being a Latina. “Pato,” as pronounced in Pocoyo sounds like Pat-O. In Spanish it sounds like Paw-Toe. The pronunciations could use some improvement. I would name the elephant Ele instead of Elly if you are going for the Spanish derivative.

The Spanish version of Pocoyo was quite enjoyable. I felt the Spanish narrative fit the animation much better than the English did. Something just didn’t seem right with the English version and it clicked when I saw the Spanish. Watching the Spanish version confirmed that I should be speaking to Little Miss A in Spanish as much as I can. As we were watching, she asked me why we were watching it in Spanish. Although I was pleased that she even realized the difference, it disappointed me that she wanted to switch back. This is a great tool for teaching your child Spanish, if you are willing. Of course it helps if the parent speaks Spanish, too. It was nice to hear the Spanish speaking narrator say the title of each story at the start. In the English version the British narrator never said the title. Do they expect a 3-year old to read it? Maybe some can, but not mine.

The animation and special effects are very cute and fun to watch. I think an adult might even appreciate it more than a child would. The stories are nice and short. The music is pleasant; not too loud and annoying like Dora and Diego. It seems like they are always yelling in those shows. The Pocoyo toon is truly a joy to watch and there are no catchy tunes to repeat while you’re doing mommy stuff but you might hear a trumpet playing in your mind every now and then.
======================================================
Notes from the editor:  Pocoyo is more than just a cartoon.  It has a line of merchandise and toys, an online world, books, an iPad app and of course, DVDs.  But that’s not all!  They’re even gearing up to celebrate the Academy Awards – even making an appearance on E! Entertainment Television’s Pre-Awards Show on February 27th. Planning on tuning in?  Check out the Pocoyo pre-event ballot!

To help Pocoyo celebrate the event, SahmReviews.com has been given a set of three DVDs to give away to one lucky reader.

The Prize:  Set of 3 Pocoyo DVDs

Participants –
…must provide a US shipping address
…must provide an email in the first comment, email me directly with an email address or have email accessible from their profile.
Sometime on February 28, 2011, a winner will be chosen at random from all valid comments left. Winner has 72 hours from posting/notification to respond. If winner cannot be contacted, I will move on to the next random selection.
How to enter:   <GIVEAWAY CLOSED>

View all posts by Sonie →

11 comments on «Tunes and Toons»