When January rolled around, I vowed not to make any resolutions.  Yeah, I’ve said that before and I stand by it.  Resolutions end up getting broken and I’m one of those people who just throws in the towel altogether.

So as I have said before (in prior posts), my focus is small steps.  Small actions.  Forward progress.  And if something falters, find something else that is positive that is moving forward.  Refocus on it until it stalls out.  Then refocus again.  No resolutions.  Just forward motion.

With a trip to Disney looming, I decided that I don’t want to meet some of the bloggers that I’ve idolized since I joined this community weighing what I currently do.  187 pounds.  There, the chips are on the table. And I have to tell you… I LOVE chips.  Now I’m pushing all the chips into the garbage can and planning what small steps I’ll be taking. 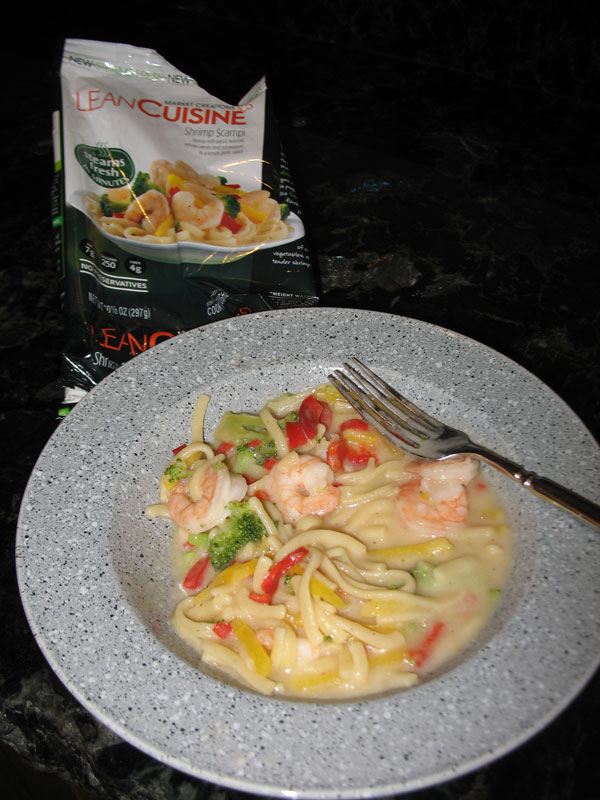 Exercise:  I’m back at the gym on my regular schedule.  Mondays and Wednesdays for a cardio/strength class.  Tuesdays and Thursdays, I’ve been doing Your Shape: Fitness Evolved on the Kinect.   If it was summer, I would park far away from the store and walk, but it’s winter in Iowa… fitness or not, I’m grabbing the closest parking place I can find.  I’ve also been doing Dance Central with the kids  and started utilizing the workout feature while dancing.

Water:  I hate water.  Unless it is flavored, I don’t drink it well.  Last year we installed a reverse osmosis system and that has helped but I still struggle to get my daily intake.  I’ve decided that by adding one packet of Crystal Light Pure Fitness or even the Great Value version, to 32 ounces of water, I can get it down easier. 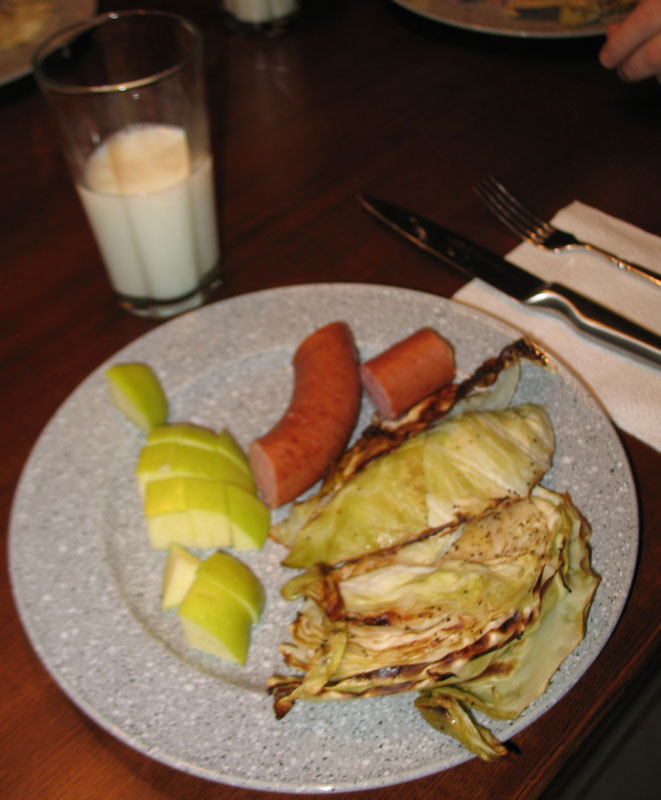 Food:  It’s about eating healthier.  Period.  We’ve tried adding more vegetables – sometimes having a regular vegetable side as well as a salad.  In some cases, we’ve added larger portions of vegetables.  Recipes like Roasted Cabbage (and turkey kielbasa) have been very important because they are inexpensive, filling and taste great!  I could make a meal out of it alone.  But my weakness mostly is that we eat out too much.  Having Lean Cuisine on hand has helped give us variety… something other than a deli meat sandwich… to spruce up lunch at home.  While the Market Creations are good, my absolute favorite have been the panini sandwiches.  They’re filling and taste great.  Best part is that they feel like something from the sandwich shop.  (Psst: Lean Cuisine has a promotion where you can get a free lunch bag by logging codes from your purchases!)  I alternate Lean Cuisine meals with other healthy options like salads.  If I have anything else, I make sure to grab a handful of carrots to go along side. 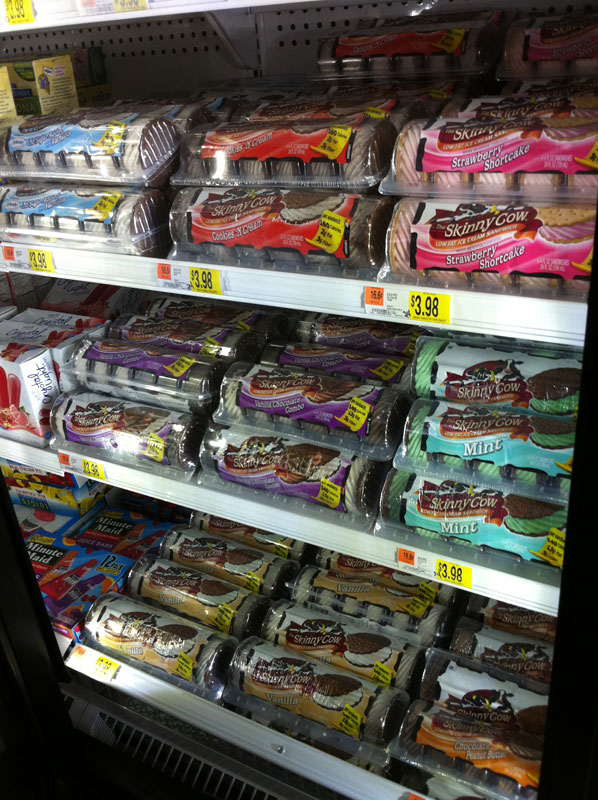 Snacks:  I have a horrible weakness for, well, snacks.  Anything.  I snack when I’m angry, frustrated, bored, tired, whatever.  I snack, therefore, I am… fat.  While I still snack on stuff, I try to at least make some healthier choices.  For that sweet tooth, Skinny Cow ice cream sandwiches have been great. I’ve also kept a stock of yogurt and fruit.  For salty, carrots, peppers, cheese sticks, cottage cheese, hard boiled eggs and a variety of nuts.  Do I snack on other stuff to?  Duh.  For #31Days, I could devote myself to nothing but healthy foods, intense exercise, proper water intake.  But when day 32 rolled around, where would I be?  So, yes, I have chips or candy or cookies or whatever on occasion but the difference is that I’ve incorporated other options into the picture too. 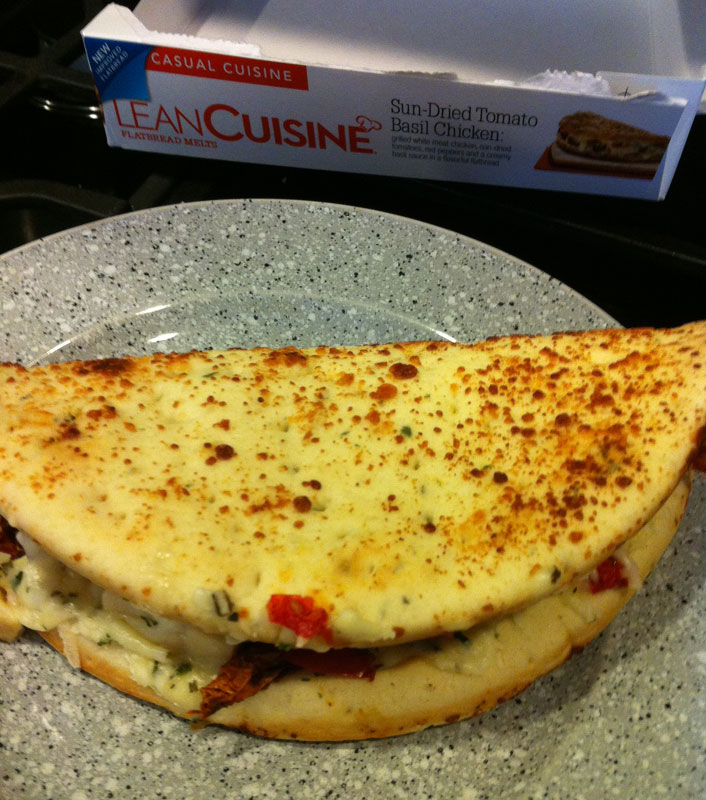 So you’re probably asking how I’ve been doing.  I’ve made small changes along the way but have also eaten out – as is normal for us.  But instead of fries and a burger, I opt for a salad sometimes.  At Wendy’s yesterday, I had chili and a baked potato.  During the week, I had Lean Cuisine for lunch a few times and once for dinner but I stayed true to my plan.  To make small changes and not revolve my life for #31Days in a way that wouldn’t be possible to continue afterwards.

When I stepped on the scale this morning, I was 184 lbs.  That might not seem like much considering that it has been 3 weeks.  However, I’m happy with it because whenever I up my workout schedule, I always, ALWAYS gain weight.  Muscles build up more and fat goes away a little.  So what seems like only a 3 pound loss over three weeks is actually much better than that because I know that muscle weighs more than fat.

It’s 3 weeks into the Lean Cuisine #31Days but I don’t claim it to be anywhere near over.  For me, #31Days was a starting point… not something with a beginning and end. In the coming days, I’ll be uploading some video of my experiences along the way. Stay tuned!

3 thoughts on “Thinking Healthier for the New Year”