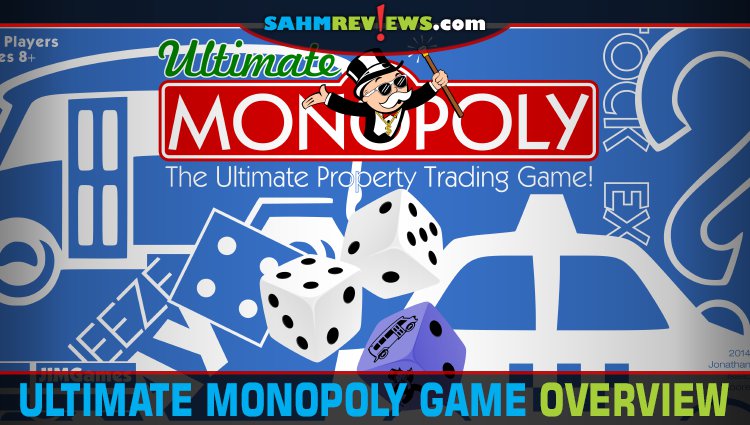 Before you start to panic, rest assured that Ultimate Monopoly isn’t going to be the next must-have game for your collection. We’re bringing it to light because we’ve recently used the game to decorate our basement game area and thought it would be cool to show it to the rest of the world.

Over the years there have been dozens of official and unofficial add-ons to the classic game of Monopoly. While it is usually the subject of “flipping tables” among the hobby game crowd, there’s a reason it is the most popular and best selling board game ever made. I have to admit, it’s been a long time since I’ve played a complete game. Usually we agree to pause it at some point for dinner or such and then never seem to get back to it. I think the last time we did play, it sat on the coffee table for days before we finally gave in and put it away.

Six years ago, a user on Deviant Art, created what has to be the scariest version of Monopoly ever seen. Not only did he mash up a three-tiered board, there are accompanying files that offer a complete ruleset, printable property and Chance/Community Chest cards and even a mockup box lid! There’s a great thread on BoardGameGeek that chronicles the creation of the game.

The inspiration for Ultimate Monopoly came by merging Monopoly Super Add-ons, Classic Monopoly, Monopoly Stock Exchange and Monopoly Mega Edition and adding a few original ideas. The behemoth of a board is available in hi-res for download if you’d like to begin assembling your own copy! You’ll need an original copy of Monopoly as well as the Mega Edition. To that you’ll need to download and print the fan-made files for the Super Add-on. Additionally you’ll want all of the files below to complete the game.

First, you’ll want the rules. These can be found in .pdf format here. Next comes the board – click on the image below to get a 300dpi full-sized copy.

The extra property cards are a must – and here they are! 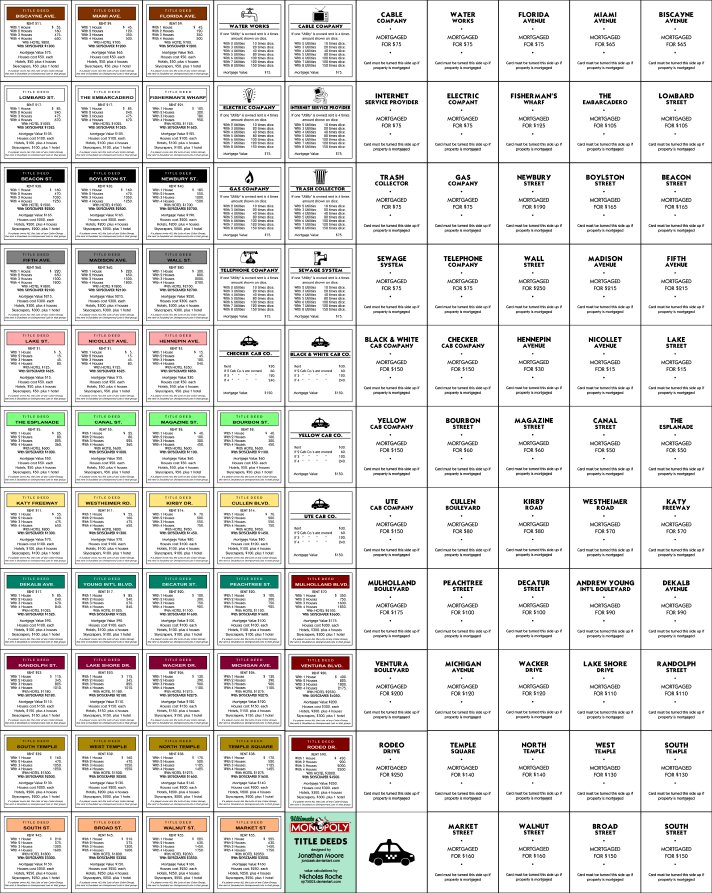 We can’t forget the new Community Chest and Chance cards. Feel free to use colored paper when printing these. 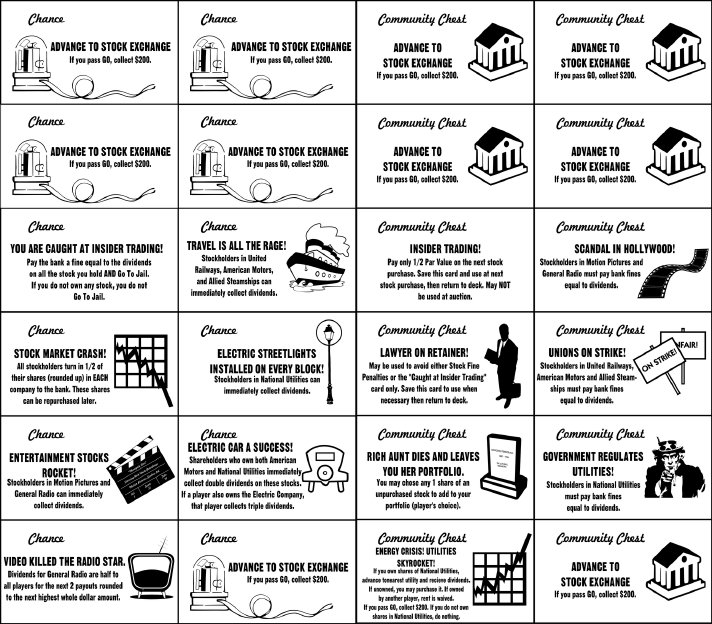 If you’re going to try to include the Stock Exchange portion of the game, you will find printable files here. Some might even wish to customize the money instead of using the regular bills. If you’re one of those people, look for graphic files here! 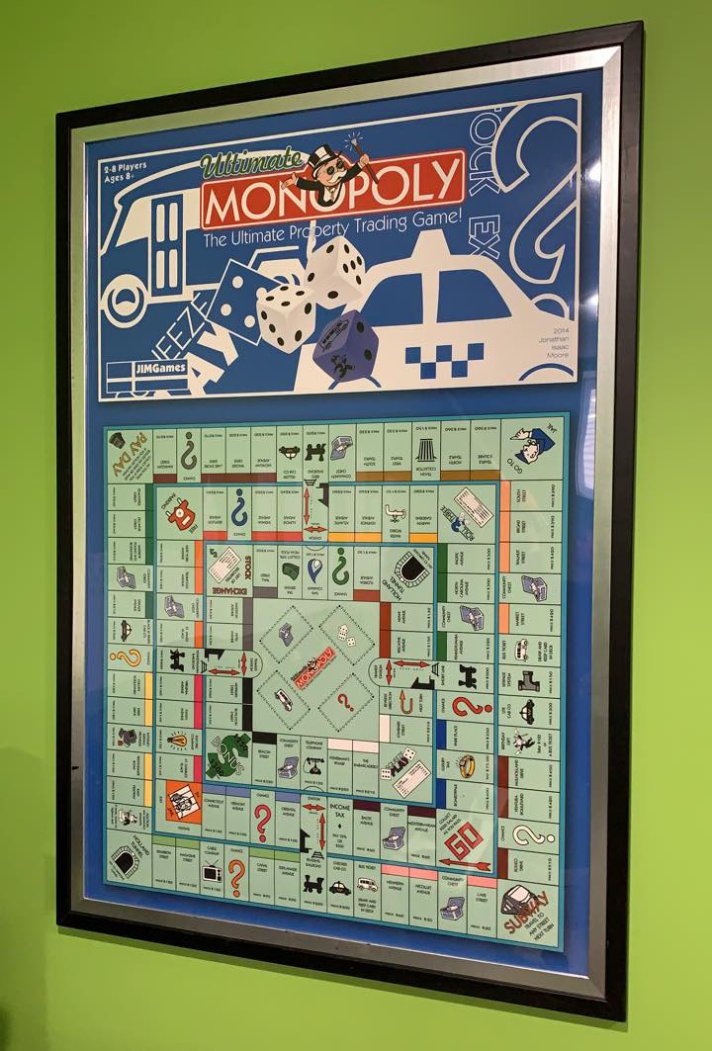 In the end, we elected to just do tribute to the game with a custom poster instead of attempting what certainly would be a multi-day undertaking. With a regular game of Monopoly lasting so long at our house, this one would probably take weeks!

Would you be willing to devote yourself to a full game of Ultimate Monopoly?