This week’s Thrift Treasure find at Goodwill had two words on the box that caught my attention, “Magnetic” and “3-D”. It didn’t matter how good the game was rated on BGG, Pirates’ Gold would find its way into my cart. I even skipped on my usual routine of verifying all of the pieces were present! (Spoiler – they weren’t…) 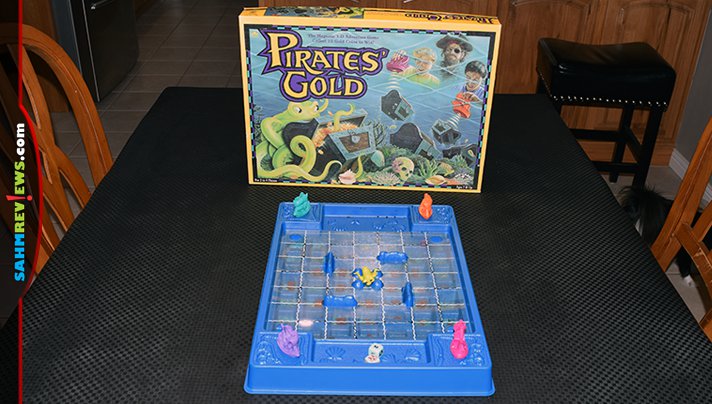 Upon getting the game home and discovering one of the treasure chests had been lost, we decided the game was still playable sans one piece. Setting up the game is rather quick. Take the 20 19 treasure chests and place them on the bottom part of the board wherever an “X” was printed. Then the clear plastic cover, simulating the water’s surface, is placed over the entire board. A sea monster is set in the middle of the board, while players choose their ship colors and set them on the corner of the board closest to them. 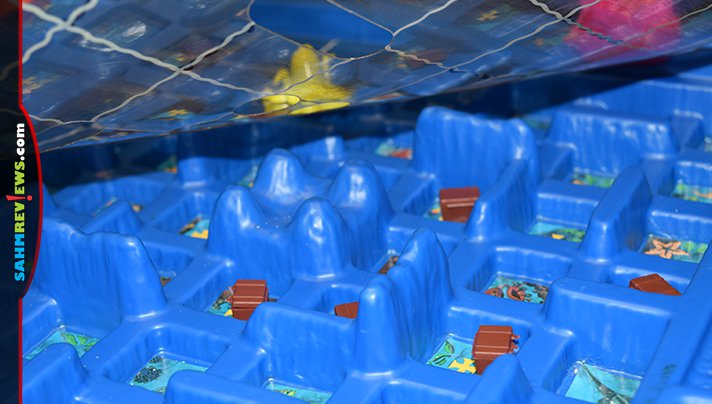 The object of Pirates’ Gold is to be the first player to collect chests with a total value of at least 10 points. Each chest has a point value on the inside of the lid and is hidden from all players. Chests are also magnetic (as are the ships) and will be attracted to the vessels when they pass over. 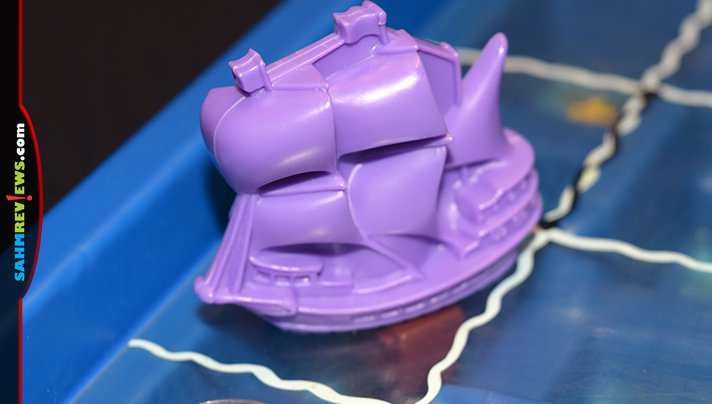 On a player’s turn, they will roll the custom movement die featuring the numbers 1-4 (2 and 3 are repeated twice each). They will move their ship orthagonally a number of spaces equal to (or less) than their roll amount. When a chest is moved over, it will jump up and attach itself to the bottom of the ship. From here on out movement must be planned carefully. Passing over another chest or one of the reef walls will cause the chest to fall from the ship to the bottom of the ocean.

If a result of “1” or “4” is rolled, a second custom die, called the “Doom Die”, is rolled by the active player. This will allow you to move the sea monster towards other ships, blow another ship away in a storm or become a true pirate and steal a collected chest from any other player! 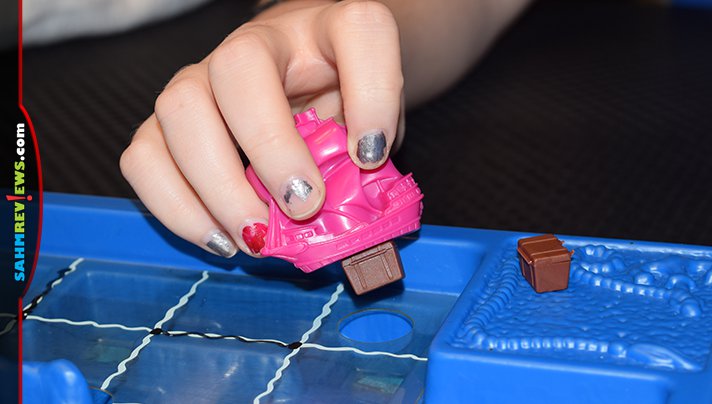 Once you get your ship and the chest it is carrying back to your home port, you can lift the chest from the sea to examine. Take mental note of the points awarded and close the chest to keep your booty secret from other players. As mentioned earlier, the first person to collect at least ten points total wins Pirates’ Gold! 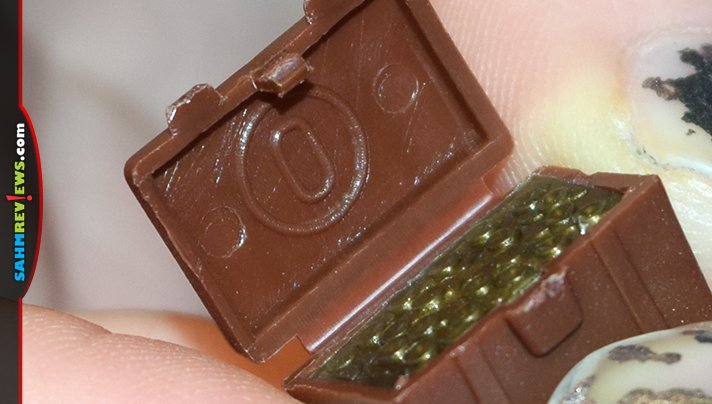 The one missing chest did hamper the pathways chosen by two of the players, but didn’t detract from the game that much. Nevertheless, we’ll be trying to find a game replacement part to make sure the game is complete. Pirates’ Gold deservedly gets a low rating on BGG as it is not much more than a roll-and-move game with a bit of pick-up-and-deliver. Rarely did any player venture beyond their quadrant of the map and the winning person only needed to collect three chests and luckily received high valued ones. 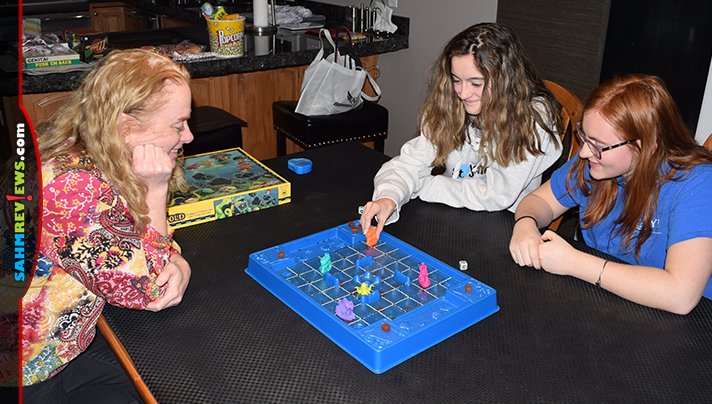 There are a number of games by the same name, all of which are available on eBay for a wide range of prices. The 3-D nature of Pirates’ Gold is worth a few bucks if you find it at thrift. However, I wouldn’t pay much more than that considering the game play.

Do you also enjoy games that have a 3-D feature?