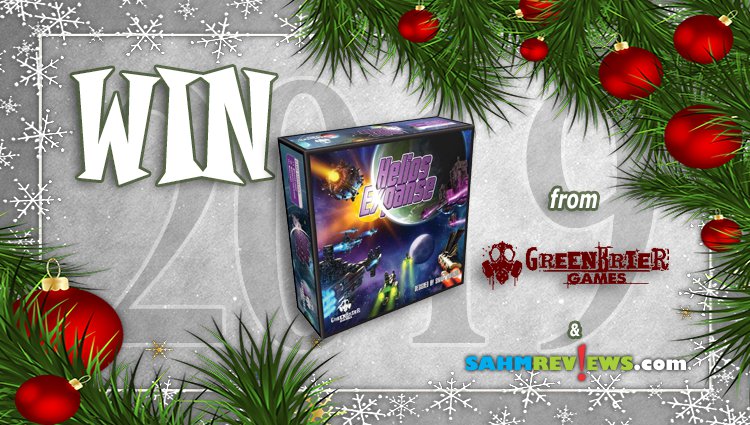 If you think all games of a particular theme are alike, then you haven’t played enough games! Honestly, there’s always room to play MORE games because it’s such an awesome activity to participate in. There are a multitude of zombie games on the market, and while some are similar, they aren’t all the same. Same holds true for other themes like space. Helios Expanse from Greenbrier Games is the perfect example. Yes, it’s a 4X game (Explore, Expand, Exploit, Exterminate), but this one utilizes basic programming skills to prepare your turn.

We could have easily included Helios Expanse in our S.T.E.A.M. gift guide to emphasize the programming nature of it, but opted to add it to our list of games for teens and adults because we think the 4X gameplay is more suited for older players. While most of this genre require hours of commitment, Helios Expanse can be played in under an hour! If you think this sounds like one you would like for your game shelf, enter to win the copy we’re giving away!