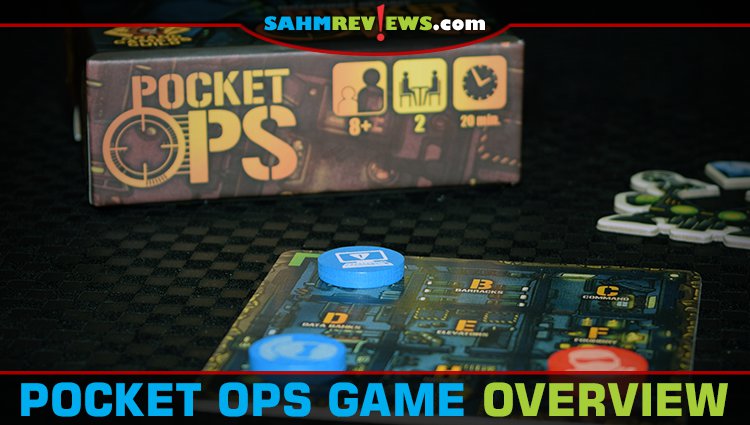 While we’re used to talking about all types of games around here, there’s one that needs little explanation: Tic Tac Toe. You would be hard-pressed to find someone who hasn’t played it. Whether on paper, a chalkboard, in the dirt, on the sidewalk or utilizing two different types of objects on whatever surface was available, we’ve all found creative ways and places to kill time with this game. I remember playing Merlin as a kid and learning unusual strategies that often paid off against opponents who didn’t own a Merlin. Chances are that you have what you consider the best strategy for winning – or at least not losing.

But the consistent patterns and resulting “draw” is what made the game lose its luster as we got older. I mean, really, when was the last time you played Tic Tac Toe with someone your own age? If you’re like me then it’s mostly because it became a game of predictability. But what if that same predictability was built into the game to your benefit? That’s exactly what we discovered with Pocket Ops from Grand Gamers Guild. It’s a version of Tic Tac Toe but with more than just Xs and Os. 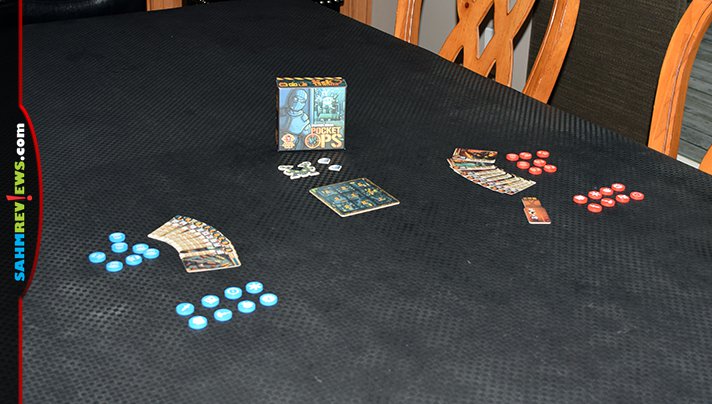 If you know how to play Tic Tac Toe then you already have the basis for Pocket Ops. You can win by getting three in a row. However, this game is more tactical. Xs and Os have been replaced by Spy Tokens. In addition, each player has 8 Specialists who have unique abilities. To set the game up, Place the board (Facility), Power Crystals and Doomsday Device within reach of both players. Each player selects a color and takes the 7 Spy Tokens, 8 Specialist tokens and 9 Blueprint Cards of their color. A first player is determined and given the Keycard. 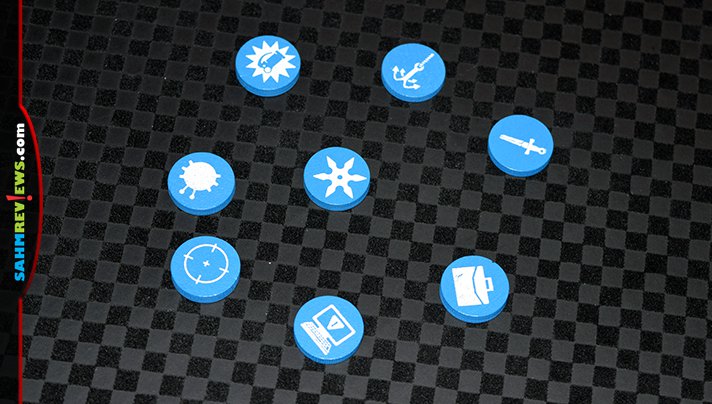 At the beginning of each round, players shuffle all their own Specialists (face down) then randomly peeks at two, selecting one of those to utilize for the round. Specialists include a Sniper, Courier, Mole, Hacker, Grappler, Ninja, Pusher and Assassin. These are part of what makes this more than a simple children’s game of back and forth. These characters may push other tokens around on the board, swap positions with another piece, remove tokens from play completely or sneak into an open spot.

But that only happens if you’re actually able to get them onto the board in the first place and this is what makes Pocket Ops really shine. Tic Tac Toe becomes a game of predictability. In Pocket Ops, both players are involved with each action. 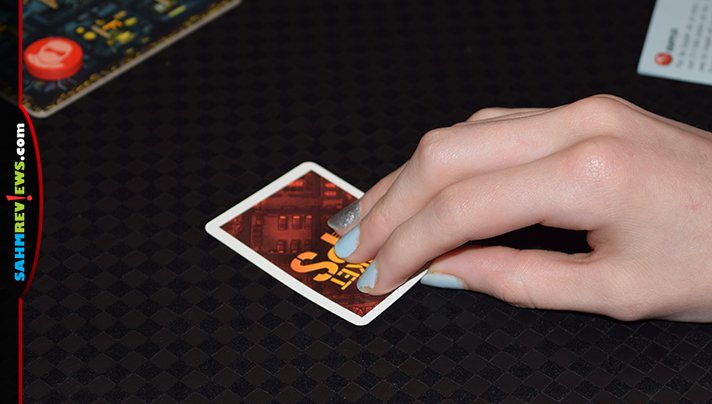 On your opponent’s turn, you’ll use your Blueprint Cards to make a prediction about where you think your opponent will place their token. If you’re correct, then you’ve successfully blocked their move. If they were playing a regular Spy token (the ones without powers) then it is returned to your opponent’s hand. If they were attempting to place a Specialist, it is completely removed from the game! If you were unsuccessful with your prediction then the token is placed. If it was a specialist, it’s special ability is then activated. 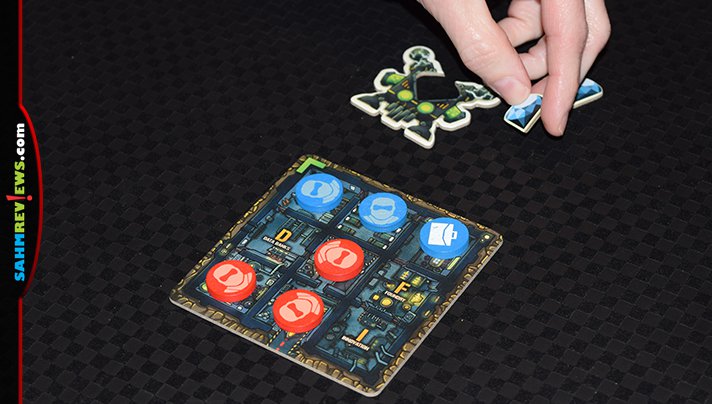 The theme is that you’re acting as spymasters trying to steal the doomsday device and power crystal from the villain’s facility to save the world. As in the traditional game, the goal is to be the first to get three in a row. At this point, the round ends and the winning player collects a Power Crystal. Play continues by beginning a new round, selecting a Specialist and the alternate person becoming first player. In the event there is a Draw (yes, that can still happen!), the player who went first (the one with Keycard) loses. After a second win, you’ll earn the Doomsday Device. Place the crystal into it to signify that you’ve won and saved the world! 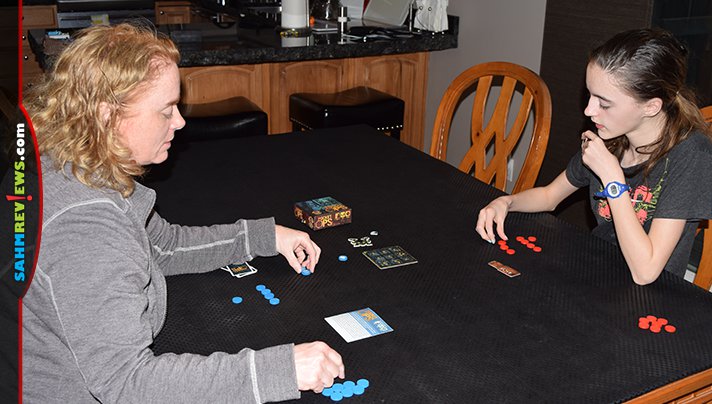 Anyone who has a basic grasp of Tic Tac Toe is able to play, but younger kids may struggle with the concept of the Specialists. Lasting only 20 minutes and coming in a compact box, this is the perfect size and time to have on hand for when you have some time to kill at a doctor’s office or restaurant. You can pick up a copy of Pocket Ops on Amazon for around $12 or for a couple bucks more direct from Grand Gamers Guild. You can try to guess what they have coming next then confirm your predictions by verifying on their Facebook and Twitter pages!

When was the last time you won a game of Tic Tac Toe?