Home / Giveaway / Munchkin Starfinder: I Want It All Game Giveaway 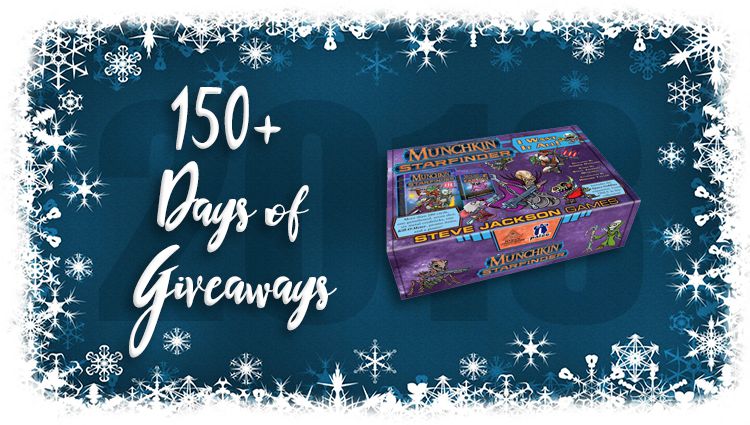 Munchkin Starfinder: I Want It All Game Giveaway

The day after Christmas seems like an unlikely day to say, “I want it all.”  It may seem ungrateful and greedy, but we’re doing it anyhow and you can too. Don’t feel bad about it because we’re telling you to do it! What’s the reason for this unusual request? Because it’s the name one of the items in our guide to party games and is today’s Mega Giveaway prize!

As the title of the article implies, we aren’t talking about JUST Munchkin Starfinder from Steve Jackson Games. We’re stepping it up and talking about Munchkin Starfinder: I Want It All! The difference is that the original is the core set (168 cards, a unique die, and a rulesheet) while the “I Want It All” version includes everything unlocked and released during the Kickstarter campaign (including items that will not be available anywhere else!) Now do you understand why we are giving you a pass on feeling like you’re being greedy? It’s just too cool of a package to NOT be excited! If you want it all, then enter to win a copy. Of course, if you don’t win it, you can still pick up Munchkin Starfinder: I Want It All on Amazon.

38 comments on «Munchkin Starfinder: I Want It All Game Giveaway»