Every year on Halloween it’s the same thing – kids go out and collect candy and then spend the rest of the evening gorging themselves. Us parents are left at home manning the front door for visitors, feeding into other families’ sugar habits. And we look forward to it!

Something we started doing a couple years ago was to break out a game to play with anyone that was still left at the house while the younger ones were trick-or-treating. And then continue playing once they returned, hopefully keeping them from overindulging on chocolate. But not just any game would do – it needed to be one that carried the Halloween theme with monsters, zombies, ghosts or more! Over the next week or so we’ll highlight some fantastic choices for your Halloween evening, at least one of which should be perfect for your family.

Our first suggestion is Ghosts Love Candy by Steve Jackson Games. Appropriately themed for the holiday, in Ghosts Love Candy you play as a (friendly?) ghost who is trying to haunt kids and gobble up as much candy as they can. But you don’t want to scare the kids, just frighten them a little! 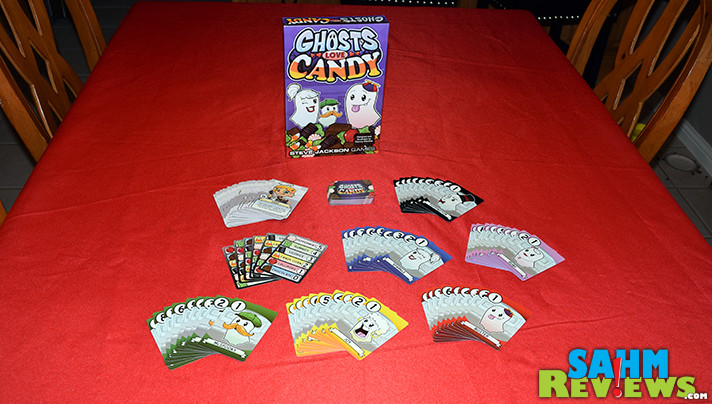 Each player (up to six can play Ghosts Love Candy) receives a set of nine Ghost Cards of one color, numbered one through nine, along with a randomly dealt Love Card that will determine how many points certain types of candy are worth for that person. A deck of 24 Kid Cards is shuffled and placed in the center of the play area as is the deck of 48 Candy Cards. Kids Cards are dealt in a row next to the deck, which creates the neighborhood, and will vary depending upon the number of players. 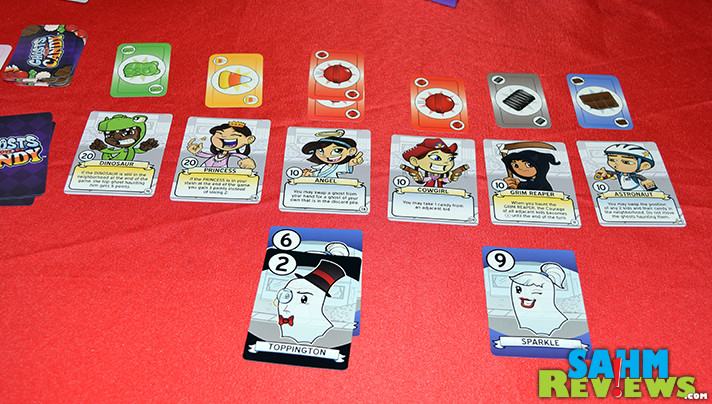 At the beginning of each round, a Candy Card is dealt and placed above each Kid Card in the neighborhood. Simultaneously, all players choose one ghost from their hand and lay it face-down in front of them. These are revealed at the same time and the player who played the highest numbered card will go first, with the next person having played the next highest and so-on. 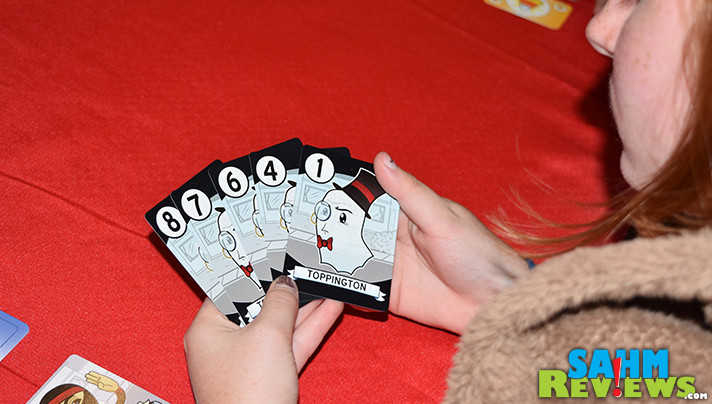 On your turn you will place your played Ghost Card face up below one of the kids in the neighborhood and take any candy they have to your personal stash. If there is another ghost already there (from this or a previous round), simply place yours on top of it, leaving all numbers showing. Check the Kid Card to see if their ability resolves immediately when haunted (blue background) and perform that action. 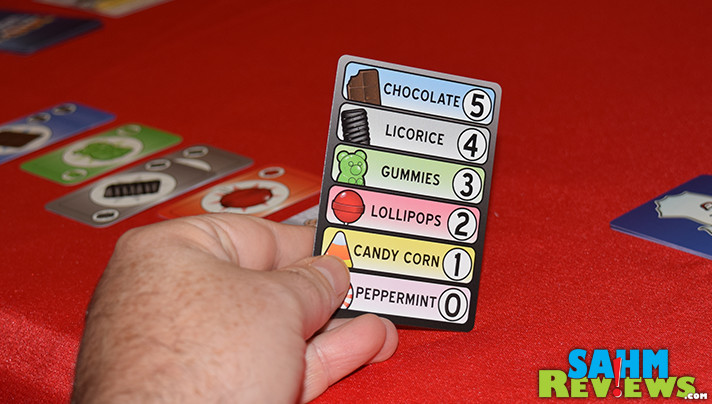 Then checking from left-to-right (from the deck), check the total value of all ghosts haunting a kid and see if it meets or exceeds their Courage, printed on the left side of the card. If so, that kid is scared and the person who last haunted that kid receives the Kid Card into their personal stash. Any ghosts on the scared kid are discarded from the game, as is any leftover candy they had. Immediately, a new Kid Card is drawn and takes their place in the neighborhood! At the same time you will check the Kid Cards in your personal stash as well as on the board to see if they have any actions that occur when someone becomes scared. 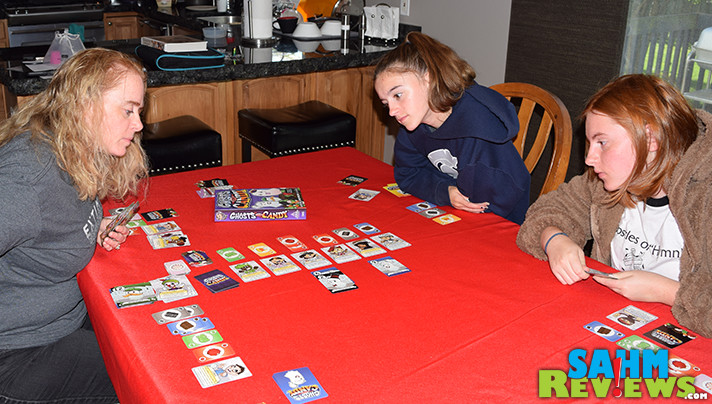 Once everyone has played their Ghost Card and chosen a kid (and resolved its effects), the round ends and a new one begins by again giving each kid present a Candy Card. When the last Candy Card is placed, that round is finished and the game ends immediately. All players reveal their Love Cards and determine their total score from the Candy Cards they’ve collected. Subtract two points for any kids you have scared unless their ability says otherwise. The ghost with the highest overall total wins Ghosts Love Candy!

For a game that retails for under $15, there’s quite a bit of fun in a box of Ghosts Love Candy. Pick up one for yourself and another for trick-or-treaters on Amazon or at your favorite local game store. There’s some exciting things coming soon from Steve Jackson Games, so if you’re not regularly checking out their website, be sure to follow them on Facebook or Twitter to get the latest scoop!