We swore that we would hold off on purchasing games that used speed or quick reflexes as its main feature. We already broke that promise this week by picking up a copy of Whac-A-Mole by Mattel at our local Goodwill. At only 88 cents, we could hardly pass on the deal since the box was still sealed and the theme reminded us of all the quarters spent at the arcade happily bashing the heads of moles that popped up through the machine. And it’s been a while since we’ve found a game advertised for younger ages (5+) that still appealed to us older kids. Into the cart it went. 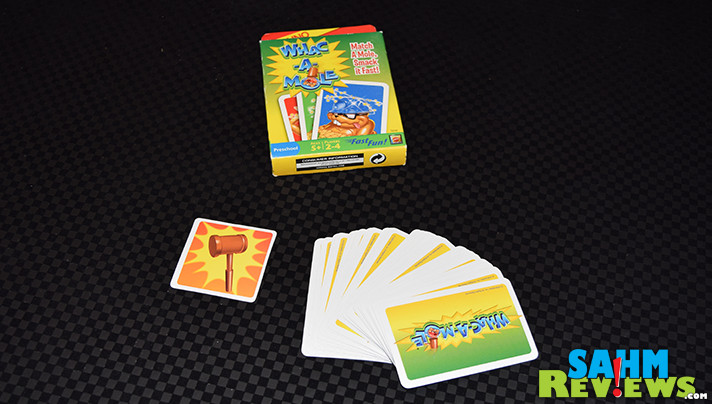 Up to four players can participate in Whac-A-Mole, sitting around a table within reach of the special hammer tile. The entire deck of 36 mole cards is shuffled and dealt out equally to all players. These are kept face-down in a pile in front of each person. As with most games of this type, the youngest player gets to go first. 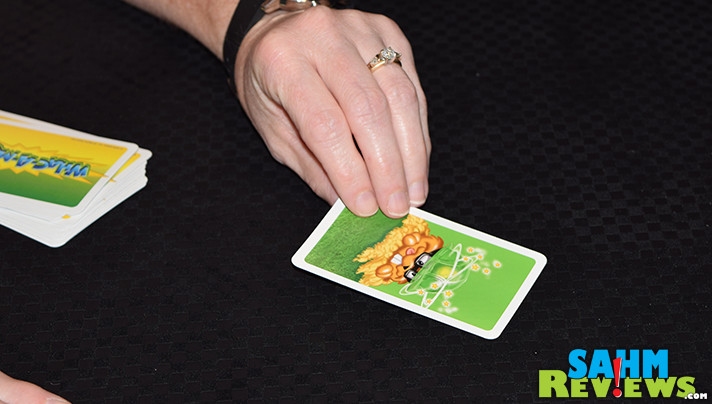 The first player flips over one card from their pile so that everyone can see the colored mole on its face. This new face-up pile is called the “mole pile” and all other players do the same, creating their own mole pile in front of them. But you must keep an eye out when one is flipped! If the colors of two DIFFERENT players’ moles match, those players race to see who can smack the Whac-A-Tile (hammer tile in the center) first! 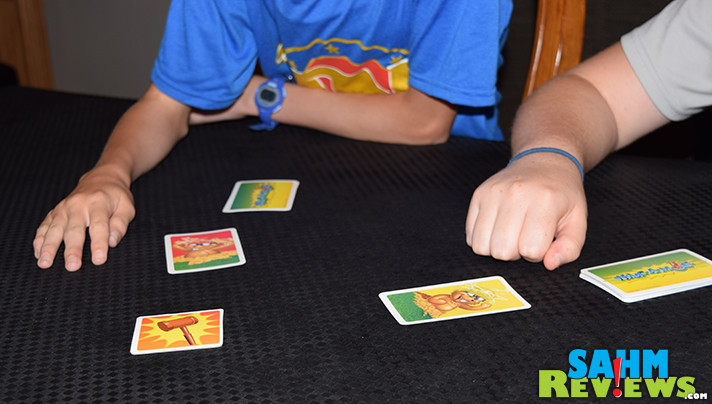 Whichever player is first to hit the tile gets to collect both of the mole piles and puts them on the bottom of their own stack of cards. There is also a Wild Mole card which allows ANY player to smack the Whac-A-Tile, not just the one playing it. That person will collect ALL the Mole Piles and add them to their stack! 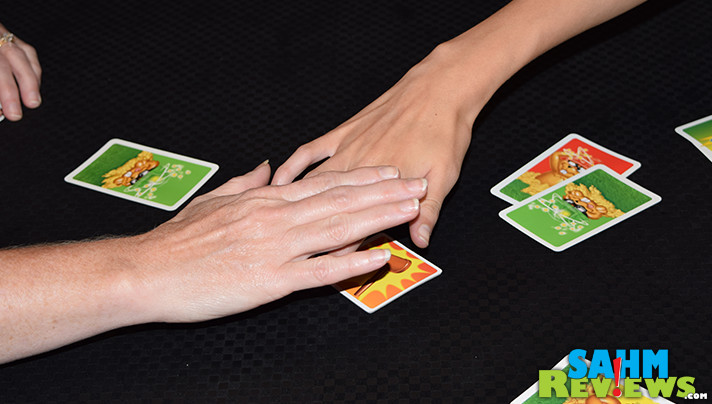 Of course there’s a penalty for slapping the hammer when there is no match. Two cards are removed from that player’s stack of cards and they are out of the game for good! If you run out of mole cards, you are eliminated from the game. Your goal is to collect all of the mole cards to your own stack and be crowned “King of the Molehill”! 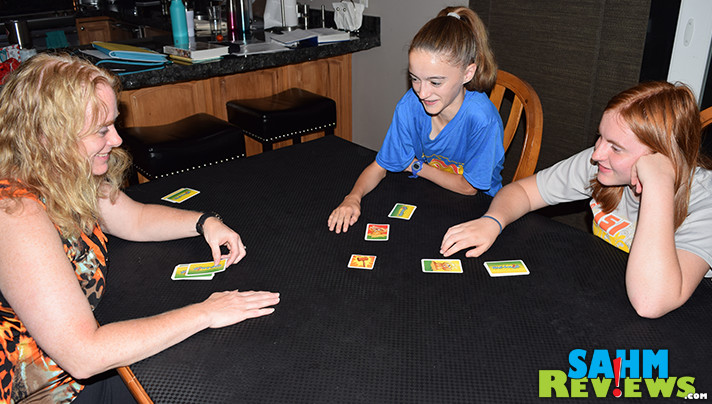 Whac-A-Mole plays quickly and because you must try to find a match on each flip, keeps everyone engaged for the entire game (or until they’re eliminated). Published by the same people behind UNO, you’ll find Whac-A-Mole at big box retailers for around $5 or on Amazon from various sellers for a couple bucks. At that price, worth it for a few sessions of speedy fun!

Did you ever play Whac-A-Mole in the arcade?