As I type this, Madison is on her first normal day after recovering from her trip to attend a Disney Instrumental Workshop while Kennedy is recovering from oral surgery. Not the typical way to spend a spring break, is it? Our social media feeds are filled with family and friends basking in the sun on a beach, relaxing on a cruise, attending a trade show, visiting a foreign country, enjoying an amusement park or simply doing the staycation thing. We’ve spent the time hitting the mall, having friends over and catching up on things around the house.

Oh… and collecting artwork at the museum. No, not at an ACTUAL museum. This one came in board game form and landed on our table! (That shouldn’t come as a surprise to you.) We’ve been hard at work deceiving the other players as we tried to be the one to claim the artwork in Museum Heist by Foxmind. 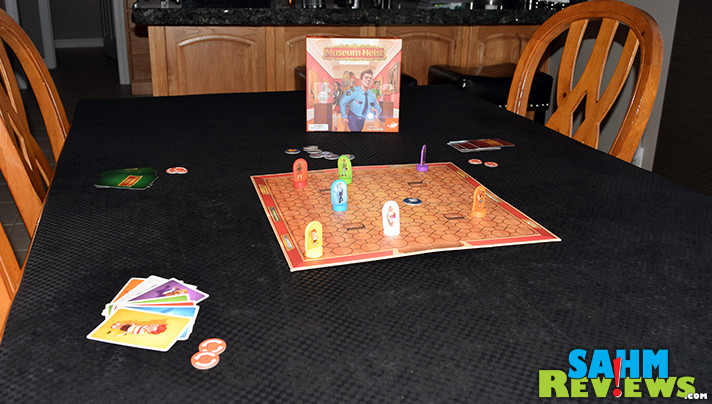 Museum Heist is set in a museum and players are attempting to be the first to claim a piece of Artwork. It takes place over several rounds and continues until one player claims 3 pieces of Artwork (or 4 in a 2-player game). 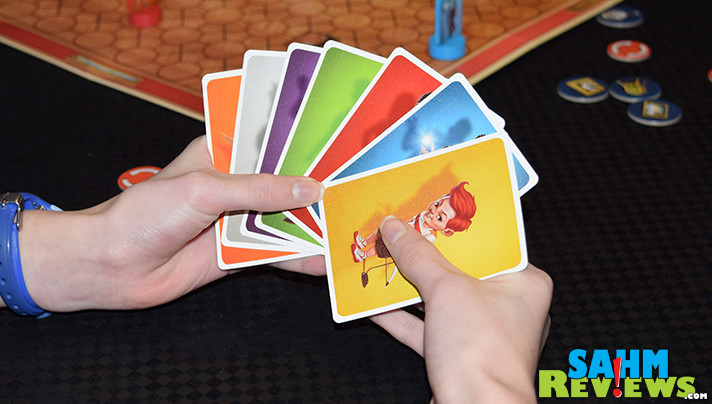 The game can play up to 4 people and setup is incredibly fast. As in: open the box, lay the game board out, hand everyone a set of cards along with two swap tokens, place all the people markers randomly on the board then select an Artwork token and place in a vacant space non-adjacent to a Character. 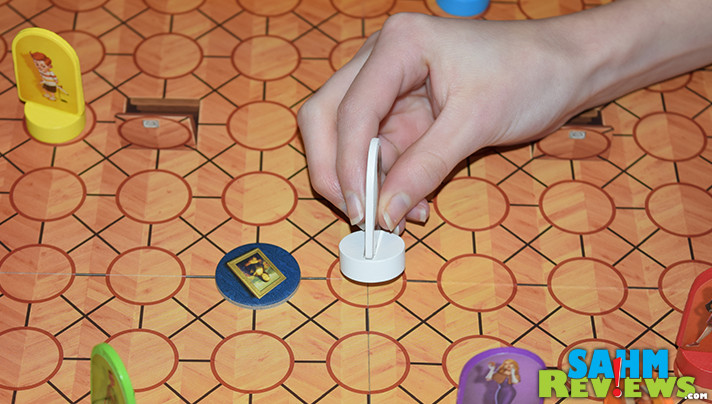 At the beginning of a round, each player secretly selects a color card from their deck and sets it aside. That’s the character they are acting as and hope to claim the Artwork. I’ll go over movement in a minute, but I want to emphasize that you aren’t acting solely as one color. The color you secretly select is the one you want to get TO the artwork first. You – and everyone else – will strategically be moving the different color pieces. When a character finally lands on the Artwork, a new round is started and everyone selects a color again and starts the process over. 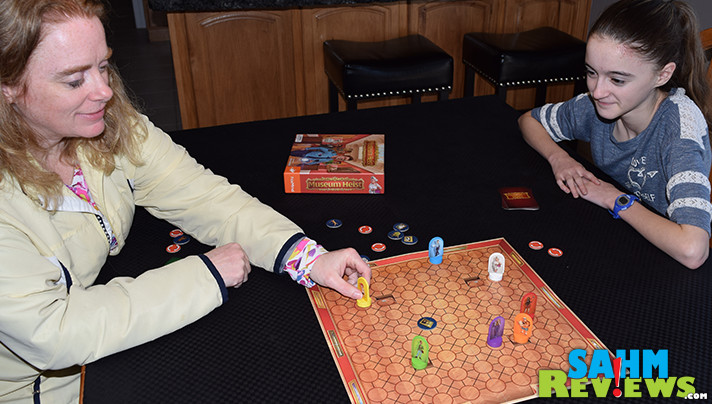 On your turn, you can take one of three actions: Move, Swap or Challenge. You can move any character piece as long as you are moving that piece closer to the artwork. You’re only allowed to take one movement, but there are a few ways that can happen. You can move in any direction one space. As an alternative, you can end your movement on a secret passageway then opt to go through the passage or stay where you are. You can also jump characters who are in sequence. You can continue jumping until you’ve run out of people to jump and that all counts as one movement.

Another action is to swap character locations. You only get two of these for then entire game so use these wisely. There’s no way to replenish your supply. Here’s the deal though, you have to be careful with how you handle this action because at any point a player can take their turn to challenge you. If a player challenges someone and correctly guesses their secret color, the round ends immediately and the challenger collects the artwork. If they guess incorrectly, the challenger is eliminated from the round and play continues as normal. 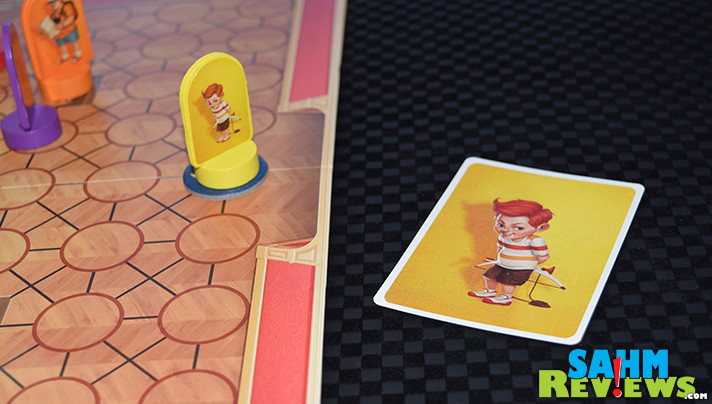 But it isn’t as simple as landing on the piece of artwork and claiming the Artwork. There’s more to it than that! When you land on the Artwork, you reveal your secret card matching the character. If one other player has also selected that color, then they get to claim it. If two or more have also selected that character then you’ll get to claim the Artwork! This means you need to be strategic in making sure people aren’t figuring out who you are while carefully navigating the characters and who takes the final move. When the Artwork is claimed, the player to the right of the round’s winner selects a new piece of artwork and places it on the board in a spot not adjacent to any character. The prior round’s winner takes the first movement and the process continues until someone hits the end game requirement.

Museum heist is a simple-looking abstract game but requires a lot calculated movement in order to win. It’s recommended for ages 8 and up and that’s spot on. Museum Heist is available on Amazon for under $25. Learn about other projects FoxMind has in the works by stalking them on Facebook, Instagram and Twitter.

Have you ever wished you owned a famous piece of artwork?