Last week’s Thrift Treasure, Leverage by Milton Bradley, had a board that tilted when pieces were moved across the play area. You wanted the board to either remain balanced or tilted towards your opponent. But other than moving your pieces, you really had no control over whether it tilted or not.

This week’s Thrift Treasure feature is also by Milton Bradley and from the same era, but gives you complete control over how the board moves. Exit is a 2-player game where you are trying to get your pieces to escape the board before your opponent. And you get to lift the board to slide your pieces in any direction! 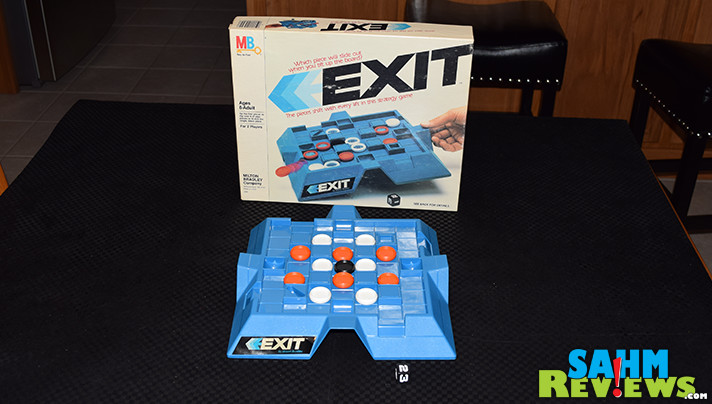 The basis of the game reminds me a lot of those sliding puzzle toys we had growing up. The box includes a custom plastic board, one die, six plastic discs of each player color and one black disc. Setting up the board for a game is very quick – simply populate it with the included discs in a pattern that is fair to both players. The box has one recommended setup, but any evenly-distributed pattern should work. 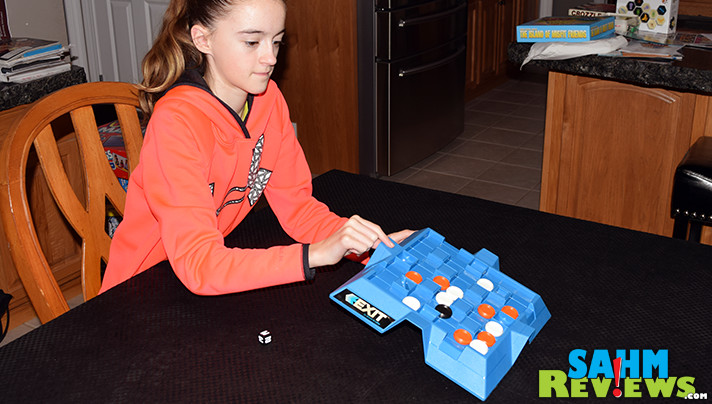 Each disc has a label on one side and they begin the game with the label side down. Your goal is to get your discs to exit the board by sliding them towards the four exits, one on each edge of the board. You can also win by getting the black disc to exit as it is owned by neither (or both) players!

On your turn you will roll the included die and use that number to determine how many times you can tilt the board. Putting one finger underneath the board in the designated handle and lift up until all the disc slide to a stopping point. A die will allow you to tilt 1-3 times on your turn and you are trying to get your discs to either exit the play area or move them into a strategic position so they can be exited on a future turn. 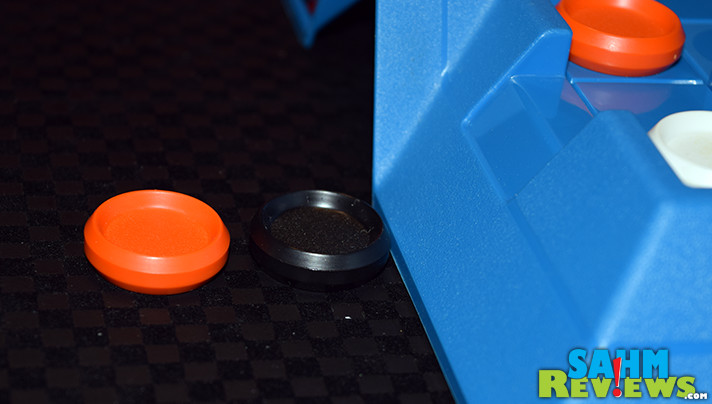 At the end of your turn, if you were able to exit any of your pieces, you get to put them back into play into any vacant space, this time label side up. If you accidentally removed your opponent’s discs, they get to replace them on the board before you get to place any of yours. 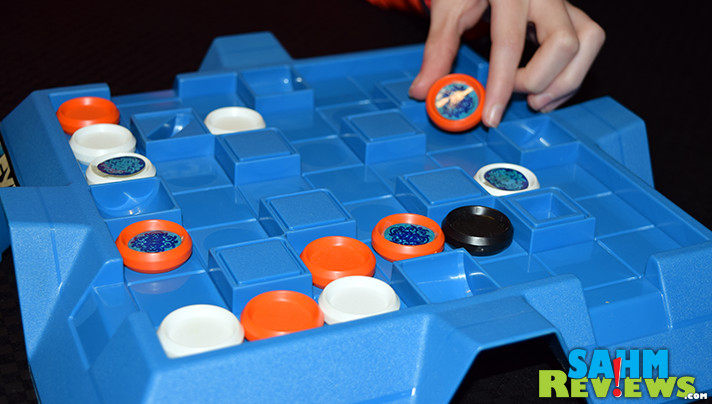 Be the first player to either exit all six of their label side up discs or the black disc to win Exit! In our plays we found that exiting the black disc was the most common method of winning – you only have to get one out, not all of your color!

Exit isn’t currently in production, but a number of copies are available on eBay for a little over $10. A good example of an 80’s abstract game, keep an eye out at your local thrift stores for a cheaper copy for yourself!