Sometimes you can tell the age of a game by just looking at the artwork. 90’s games have bright neon colors, while 80’s abstracts are full of primary shades. When we spotted this week’s Thrift Treasure at our local Goodwill, it was very apparent that this copy of 101 – The “Win It All” Card Game was right out of the 70’s. Brown, yellow and orange adorned the package – all that was missing was a wide polyester tie! 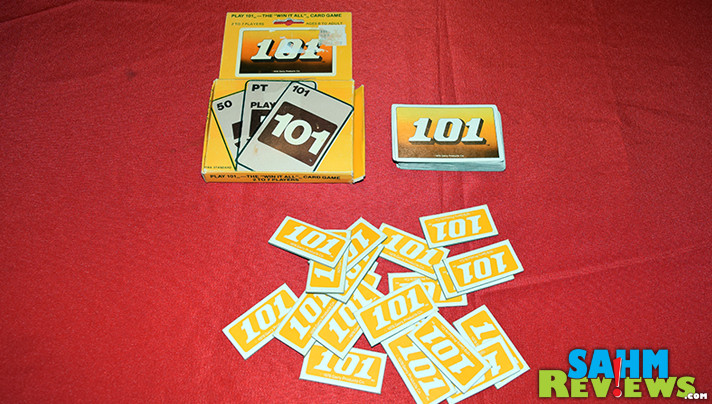 Included in the small box are 54 custom playing cards and 21 thick cardboard chits with the 101 logo printed on one side. Each player (up to 7) is randomly dealt three cards with the rest being put in the center of the table as a draw deck. They also each receive three of the cardboard chits. The goal for the round is to play numbered cards from your hand until the total reaches a sum of 101. 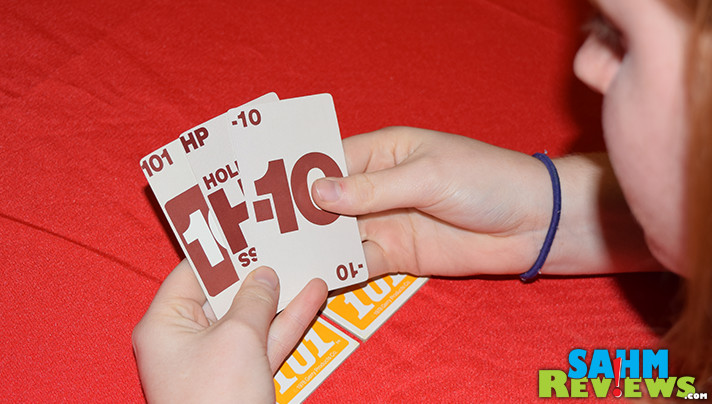 Beginning with the start player and proceeding clockwise, each person plays one card and draws back up to three cards. If a numbered card is played, the new sum total is called out. The exception is the card that has the number “101” on it – this immediately increases the running total to 101, no matter what the previous sum was. All numbered cards increase the pile’s total except the -10. Obviously, you subtract ten from the previous total. 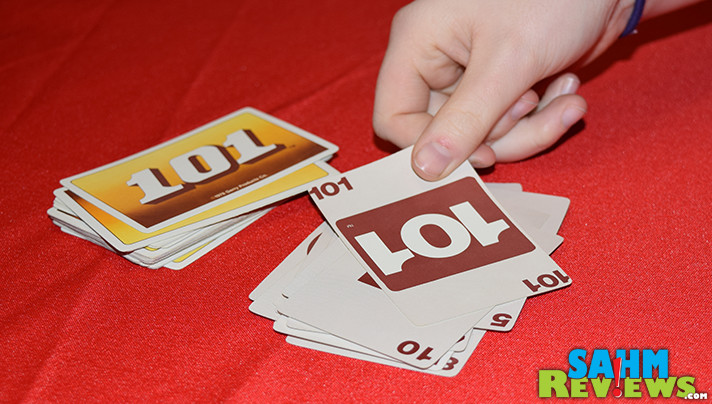 Other cards force the next player to play two cards (PLAY TWICE), change the direction of play (REVERSE) or hold the sum at the current total (PLAY/PASS) as if the card were worth zero. These take effect immediately when played and take place of playing a numbered card. 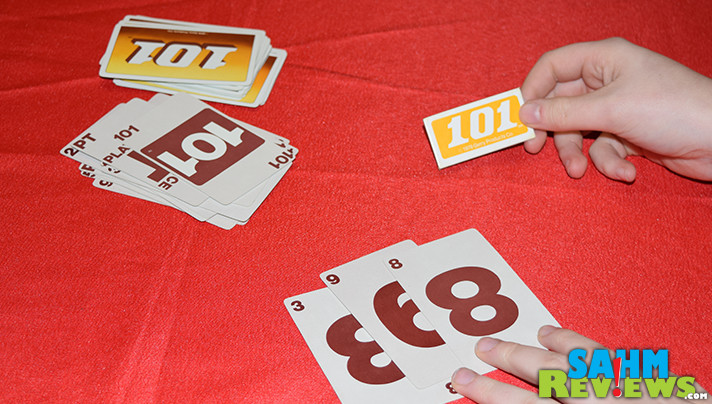 The overall total may never exceed 101, and when that sum is reached, play continues with players playing any of their other cards except ones that add to the total. When one player cannot play a valid card, the round ends immediately and that person loses one of their 101 chits. A new round is then played, with that round’s loser also losing a chit. Once you lose all three of your chits you are eliminated from the game, and after multiple rounds, the last player possessing chits is the overall winner of 101 – The “Win It All” Card Game. 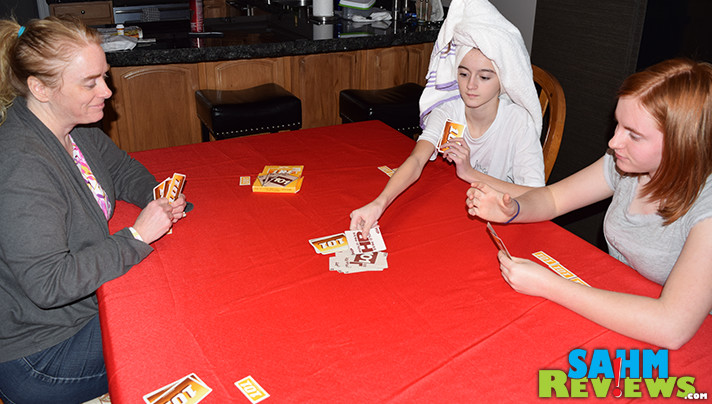 Originally offered by Gerry Products Co. of Hanover Park, IL, 101 – The “Win It All” Card Game was only issued in 1978. We could find no copies available on eBay and only one extremely overpriced example on Amazon. If you want a copy for yourself, keep watching the shelves of your local thrift store!