Being a teenager, I love playing games. Any type of game. From board games, to video games, to games like Truth or Dare, I love them all. It’s always a fun bonding experience for my friends or my family and I, to get to know each other a little more than we already do.

Loving these very popular games, I came across a game called Truth Bombs. Watching videos on how to play it, it sounded like a lot of fun! 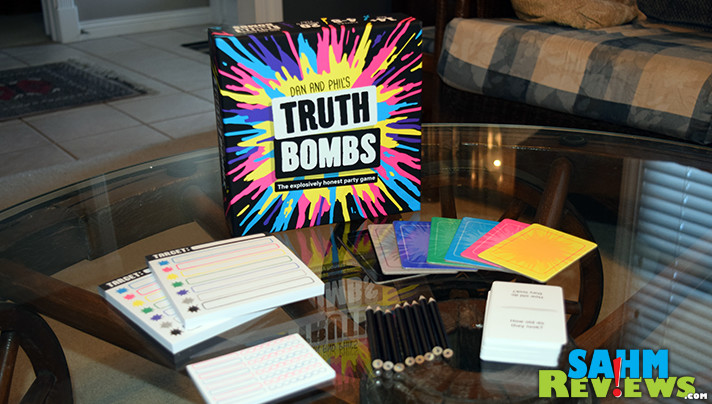 Truth Bombs was made by two famous British Youtubers, Daniel Howell and AmazingPhil. They combined the games of ‘Would You Rather’ and ‘Truth or Dare’ to create Truth Bombs. I watch these Youtubers on occasion, I heard about Truth Bombs and right away I contacted the company Big Potato! So here I am now!

In Truth Bombs, you will need 4-8 people to play. Hand everyone their own answer sheet and have them put their names on it. After that, everyone will pass their answer sheet to the left. Depending on who the person’s name is that you just received, you will choose one of the boards in the center of the table and answer the question on it for that person. For a four player game, there will be three mats with questions cards on it. For five players, four boards. For six players, five boards. And so on. 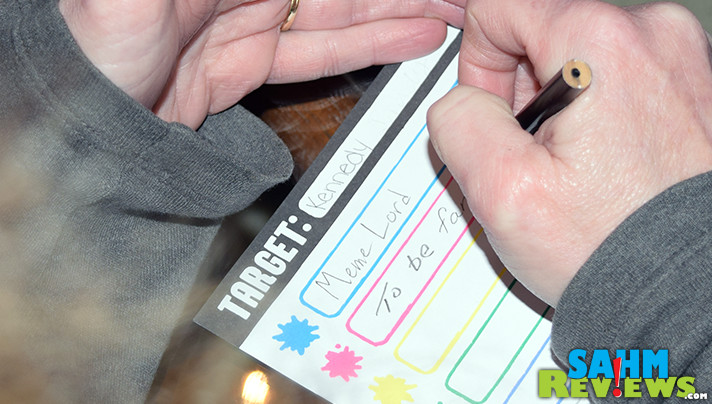 You will choose a question to answer for that person. For example, if you chose to to answer the card “If they could time travel, where would they go?”, and you’re answering for your Uncle Frank who loves anything war-related, you could answer ‘To World War 1 or 2’. Or whatever fits. After everybody has answered their question for their person, you all give your cards to the next person and answer for the person you have now. But you have to answer a different question than the one the previous person answered. 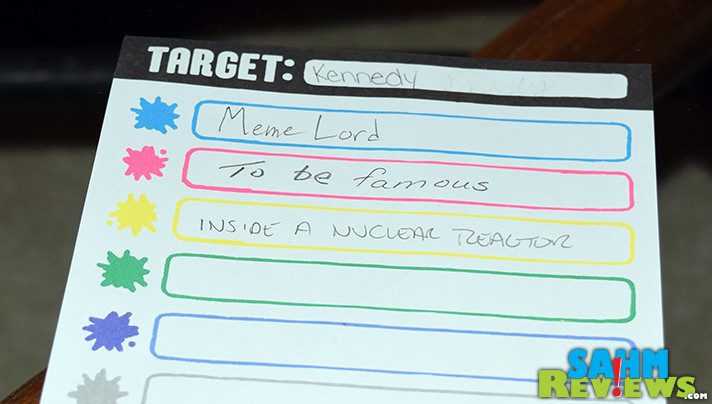 If the target guesses correctly, they get a point on the point sheet. The person whose answer was chosen as the favorite gets a point too. Keep going around the table until everyone has finished; the person with the most points wins!

If there’s a tie, one person who’s not in the tie draws a card and the tied people answer it. They answer for themselves! The rest of the people at the table agree on who dropped the best truth bomb on themselves, and whoever did wins the tiebreaker! If you want to watch a video tutorial on how to play, here is the link of the official video:

Truth Bombs is a very fun and addictive game which can be played by anyone. I highly recommend that you should buy the game for yourself. Copies of Truth Bombs game on Amazon are available for under $20 so it’s not very expensive. It’s quick and easy to learn, so bring it on the go with you to any family event or social gathering to have a great time! Learn more about games from Big Potato by visiting their website. Connect with Big Potato Games, Dan and Phil on Twitter to see what else is happening.

If one of your favorite stars created a game, would you try it?