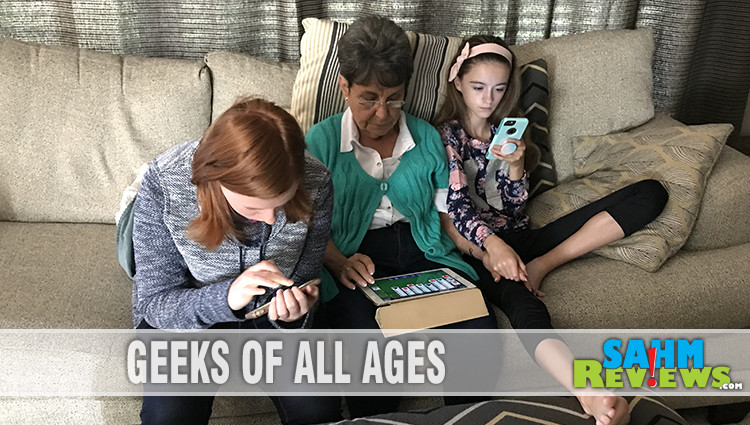 When the iPhones first came out, we encouraged my MIL to invest in one – as did we. We explained she would be able to FaceTime with the grandkids whenever she wanted to, thus making the distance feel not so awful. We also promised we would open birthday and Christmas gifts with her virtually in the room and that sold the idea. It didn’t take any time at all before she realized the value of the iPhone, well beyond being just a phone. Since that time, she has integrated it into her life in different ways using her phone to call, text, take photos, check mail, surf the internet, play games and more. She even uses Find Friends to track our location when we travel which is something she would have never imagined was ever a possibility. Between her iPhone and her iPad, she seldom needs to use her computer because her two iDevices pretty much do everything her computer can. My mom eventually got a smartphone and gradually began using her devices regularly as well. While they were ahead of the curve in becoming tech savvy seniors, they aren’t alone. A recent PEW Research Study found that seniors are living more digitally connected lives, a little over 40% of adults over the age of 65 – up from 18% four years ago.

But my dad. No. Nope. Not interested. He was among the approximately 60% who was perfectly happy with his “dumb” phone. Any time his old phone would give out, he declined migrating to a smartphone even though he struggled to find a new phone lacking the features he felt were clutter. It wasn’t that he didn’t want a smart phone. He simply didn’t feel that he would use one and wanted to stick with an antiquated, easier to use device. Then one day my dad called me. The next, a call and a text. For someone who would (1) never call me from his cell phone and (2) never text me, this was odd. Then I discovered he had just gotten a new iPhone. During my next visit to see him, he showed me 20-30 photos he took of construction of his new home as well as some work they were doing on the acreage for sale. He was positively giddy… and proud. 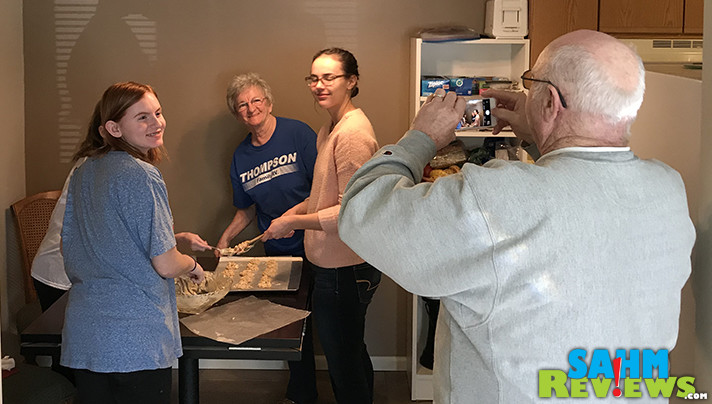 In two days, he had gone from only wanting to use a basic cellular phone to discovering why these devices are so addictive. This past Saturday confirmed this. The girls were at my parents apartment for their annual outing making holiday cookies with Grandma. It was cramped quarters but they were making it work. Then I heard my dad scurry out to the kitchen saying “I need to get a picture of everyone crammed in the kitchen!” Never before have I seen my dad take to technology with such excitement. It’s because they are incredibly useful and honestly, not that hard to use. The biggest difficulty for many seniors (and for that matter, anyone who relies on reading glasses) is being able to see the screen itself and click on the right places. 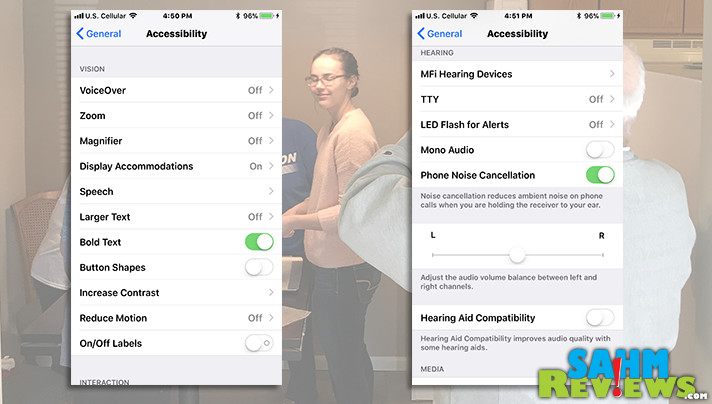 Thankfully, both the Samsung and iPhone include high-definition displays that make it easier to read. In addition, both offer accessibility options to make text larger, bolder and make navigation controls more prominent. iPhones are also hearing aid compatible which is a huge deal for many aging individuals. There is also a function that allows the user to highlight a section on a web page and allow Siri to read the text out loud.

To enable the Accessibility features on an iPhone 8, go to Settings and select General Settings. Tap Accessibility then select Speech to enable the Speak Selection feature. Enable Speak Screen and use two fingers to swipe from the top to hear the content on the entire screen. To fix the size of the text, activate Zoom in the Accessibility menu. Users double-tap three fingers on any text to get it to enlarge.

It has become second nature to see my mom and MIL using their iPhones, but when my dad took to it like a fish to water, I knew it was something special. Since that time, not only is he using it for normal phone stuff, but he’s also using it to check his stocks while on the go, something he hasn’t been able to do with any of his other phones. For some, that may not be a big deal, but since his retirement, the stock market has been my dad’s biggest passion. He reads stock market books, watches videos and watches stock patterns before making purchases but until now had only been able to check the current value when he was at home or had his laptop with him. Now… it’s a different world for him and he’s become a believer in the benefits of having a smartphone.

When your parents or grandparents are thinking about upgrading their phone, encourage them to check out the features of a Samsung Galaxy Note 8 or iPhone 8 Plus from U.S. Cellular. They may find themselves better understanding why the younger generation has become addicted.

Who is the oldest person you know with a smartphone?