I’m always surprised when we find a game at thrift we’ve never seen nor heard of. Even more surprising is when the game has been around for a long time, been published by more than one publisher and for the most part kept the same name. 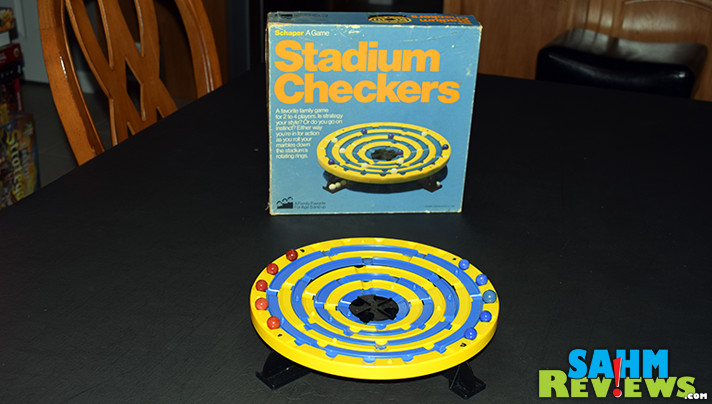 This week we found a 1976 copy of Stadium Checkers by Schaper at our local Goodwill. We also weren’t familiar with the publisher (Schaper), but discovered they were originally founded in 1949 and were best known for the super-popular game of Cootie. This is ultimately what helped them to be acquired by Tyco Toys in 1986, who themselves became a part of Mattel in 1997.

The game itself was originally issued in 1952 and has also been know as Intrigue, Chinbotsu and most recently as Roller Bowl. No matter the version, they all appear to play exactly the same. Here’s hoping those later versions did a better job of conveying the rules. 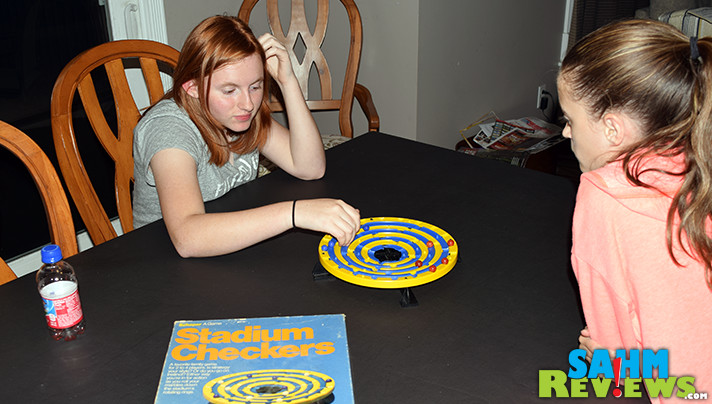 Our 70’s copy has rules printed on the back of the box, but left a number of questions unanswered. So for this play-through, we elected to follow the printed rules exactly and include our own house rules when the actual set didn’t cover it thoroughly. 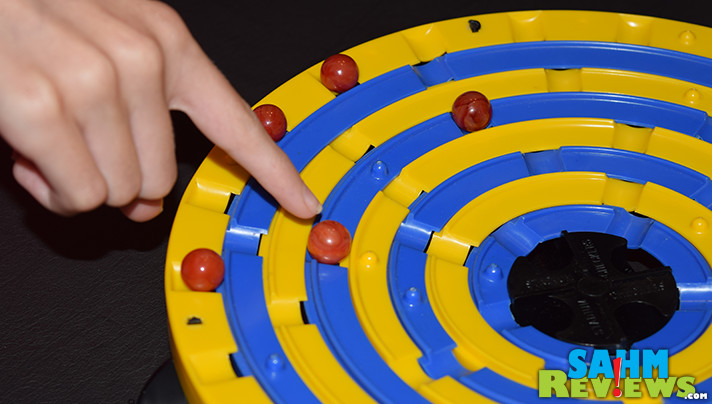 Stadium Checkers is designed for up to four players, each having the same goal of getting all five of their marbles off the board and into the center area. The three-dimensional board is composed of a number of movable rings with slots to carry the marbles. Overall the contraption is designed as a stadium with gravity pulling the marbles towards the center. It reminds us of the difficulty of exiting a major league stadium of any sport once the game is complete. 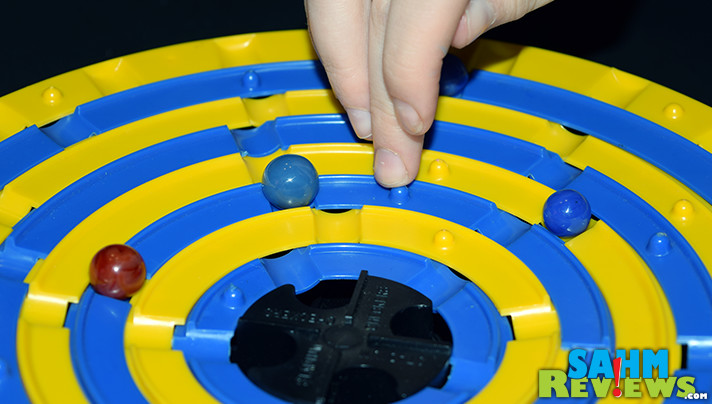 The outer ring does not move, and that’s where you’ll stage your marbles to begin the game. On your turn you will simply call out which marble you’re going to move and then turn the ring holding that marble, or the ring directly beneath it, until the marble drops into the next ring. Our house rule was that you could turn the ring either clockwise or counter-clockwise, since the printed rules didn’t specify. 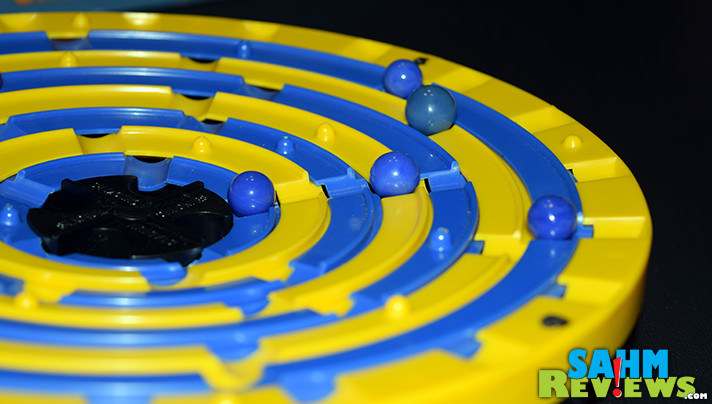 You can probably guess what will happen when you turn the rings. Other players’ marbles will also fall into lower rings, so you must carefully plan your turns so it doesn’t benefit someone else more than it does you. It does seem that going first puts you at a bit of a disadvantage, but that might just have been our dumb luck. 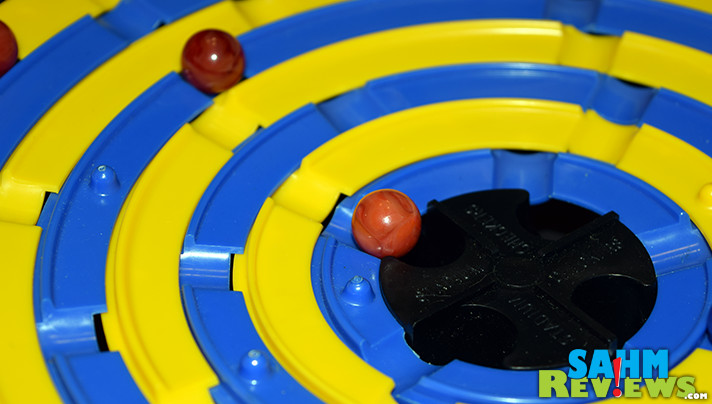 You have to careful to make sure your marbles drop into your own center pocket. If your marble happens to drop into one of the other three, you must return it to the top of the stadium and begin the trek downwards again. 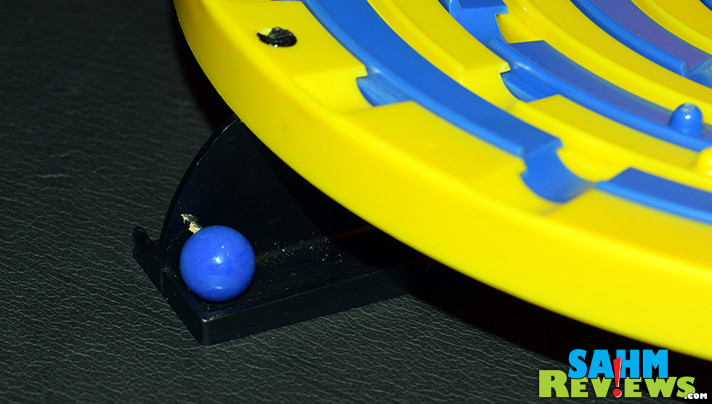 Players take turns in order until one player gets all five of their marbles into their own center hole. That person immediately wins this round of Stadium Checkers!

Because of the number of versions and issues over the years, copies are regularly available on eBay for as little as $10 plus shipping. You can also keep your eyes open for used copies at your local thrift store for much less. Don’t hesitate if you discover pieces missing – although the game does use slightly-smaller-than-normal marbles, they shouldn’t be hard to replace. Even if you use larger ones, while they won’t fall through the final holes, they will perform just fine. You’ll simply need to manually remove them from the board.

Have you ever seen Stadium Checkers before?