I have to admit, I have a bit of an affinity for oddly-shaped playing cards. I’ve been know to pick up decks at thrift just because of their shape or size, and even grabbed one recently because the cards were made from clear plastic! It’s been a while since I’ve actually played a game using a standard 52-card deck, but nevertheless, I still buy them. 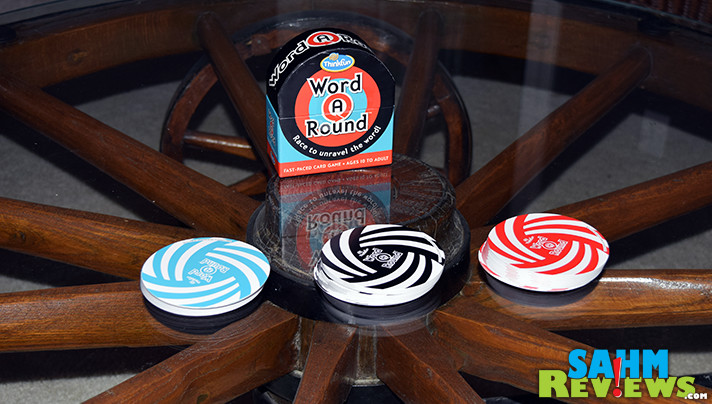 This week’s Thrift Treasure caught my eye for the same reason – round cards. Packaged in a small box, WordARound by ThinkFun was originally issued in 2012 and is still for sale on their website today! Considering the 100 included cards weren’t even shuffled, it doesn’t appear the previous owners even tried it out. Their loss is my gain! 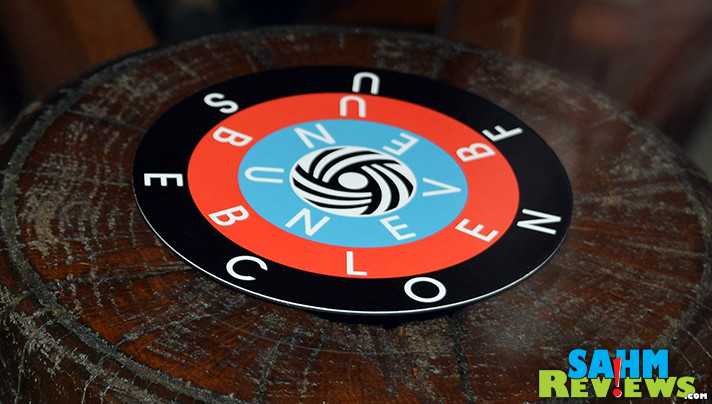 In WordARound you are simply trying to read the word on the turned-over card. Well, maybe not quite that simple. The words are arranged in a circle which could be read forwards or backwards, and you do not know where the word begins or ends.

After the first card is flipped over, the first person to correctly call out the word on the black outermost ring wins that card. It is then turned over and put in their personal scoring pile. The back of the card has one of three colors, and this color dictates which ring the following word must be read from. 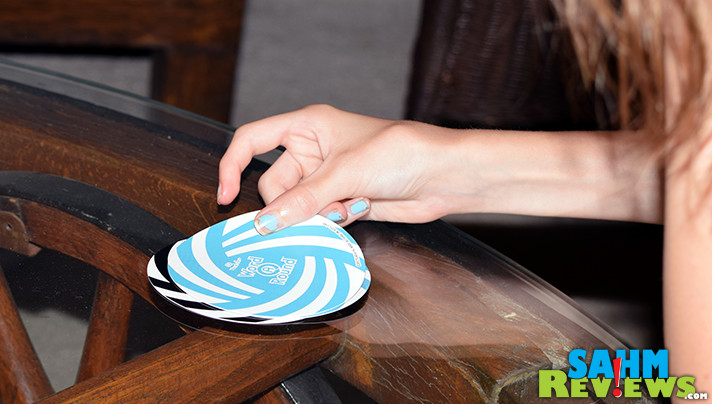 If two people tie and call out the word at the same time, the card is set aside and a tie-breaking round is performed, with the winner getting both cards. Play continues with additional rounds until the entire stack of 100 cards have been played. The person who collected the most cards during the game wins WordARound! 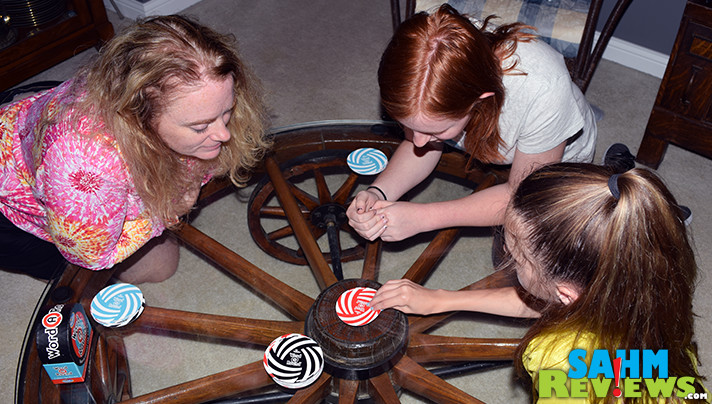 WordARound can be played by almost any number of players and is correctly advertised for participants age ten and up. Some of the words are longer and unfamiliar to younger players (“calories” is an example), so this prevents us from recommending it for younger wordsmiths.

At under $13 on Amazon, WordARound is a fun, travel-friendly game that is different from anything else we’ve played. As always, be sure to check out ThinkFun’s other new issues over on their website!

Do you think you could be the first to find a word printed in a circle?