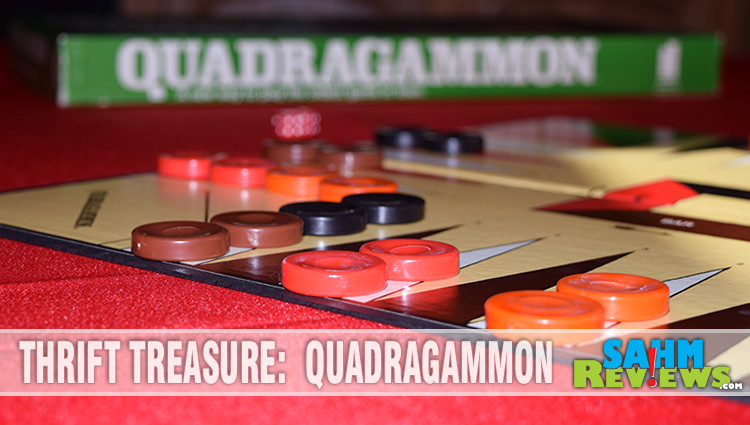 I’ve talked many times about games my family played while I was a child. What I haven’t mentioned is the first game I remember playing with my wife (besides head games, she’s too good at those). Shortly after we met, she showed me a Backgammon set she had received as a gift from her parents some time ago. Our family never had a set, so she began teaching me the game. We still have that same set today more than 25 years later. 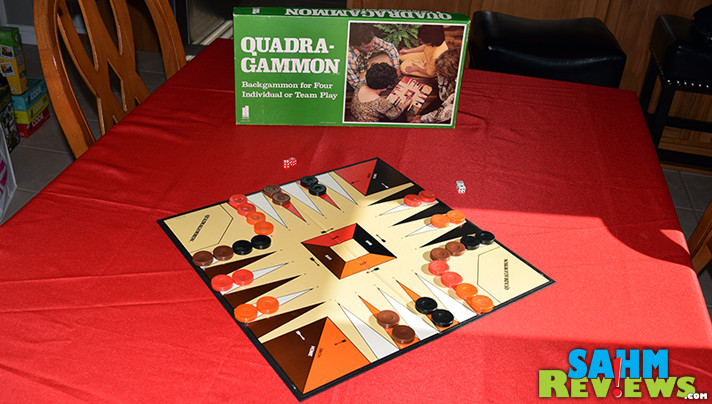 Why do I mention that old memory? Because this week we came across a game at Goodwill that reminded us both of those days. Quadragammon was one we had never seen previously and in fact didn’t even realize existed. A quick check of the contents verified that it was complete, and $1.88 later it was in our car on the way home with us. 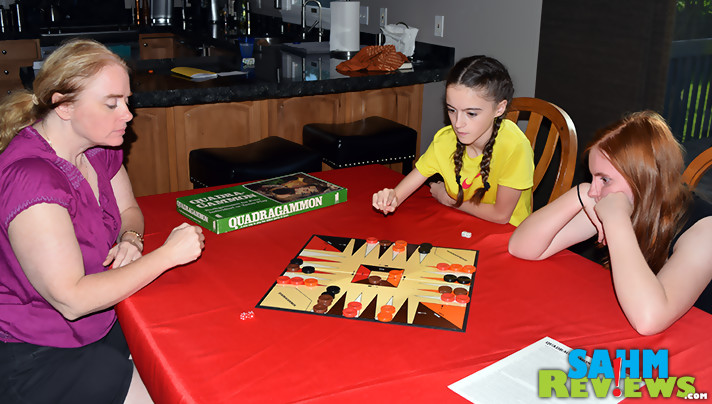 Simply explained, Quadragammon is Backgammon for four players. It’s cheating a little to call it a 4-player game, since it is actually played in two teams of two, sitting across from each other. The object of the game is for each player to move their eight pieces onto his own table and then into their home base. The first team to do so wins the game. 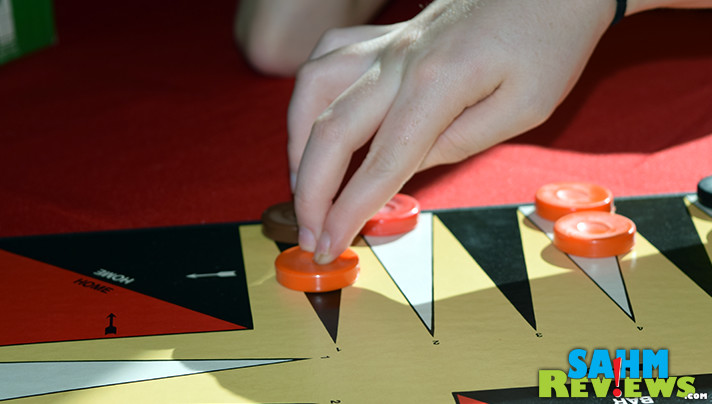 Quadragammon is played nearly exactly the same as Backgammon, rolling two dice and either moving one of your pieces the total of both dice, or moving two pieces the amount shown on each die. Landing on an opposing team’s color (one piece) allows you to send them to the section of the bar that corresponds to their color. They must re-enter the game on the opponent’s table that is furthest from that player’s home base, by moving the number on one die. 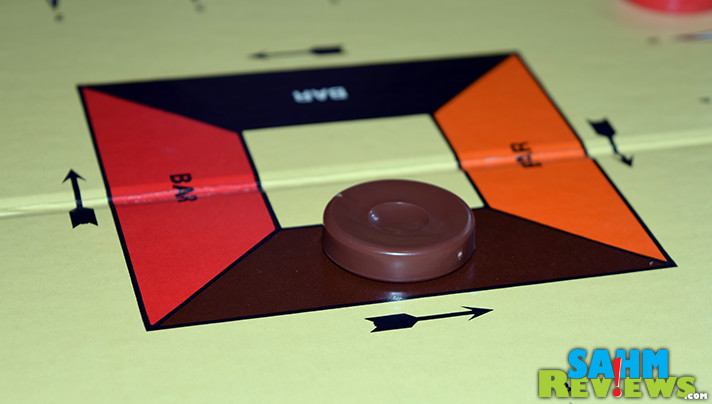 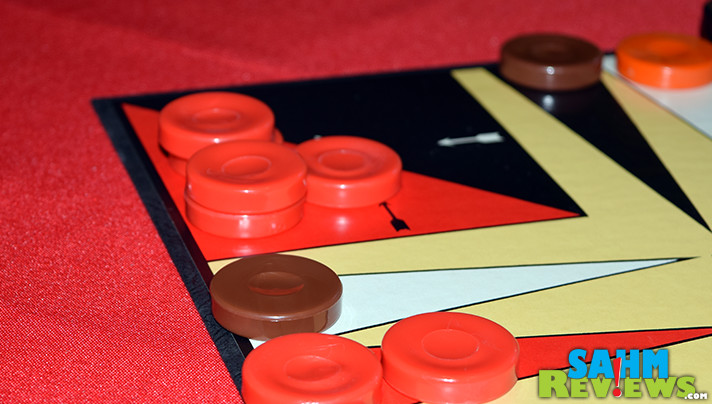 It turns out Quadragammon is really just a team version of the regular game, with the board split to separate the team members. An interesting take on the classic, and good if you regularly need to support more than two player Backgammon. There are rules for individual play, but it is poorly designed. It requires each person to only use 3/4 of the board – a double-sided board with an alternate layout would have performed much better.

If you insist on finding a copy for yourself, check out eBay where there’s a couple copies for around $20. I wouldn’t hold out trying to find one at thrift – it appears to have only been published one time, and since it’s by a rather unknown company (John N Hansen Co), we were probably lucky to have stumbled across this complete copy.

Have you ever played Backgammon?