This was a rather good week for finding games at our local Goodwill. We were very excited to have found a copy of Parker Brothers’ Lionheart, and a quick post to Facebook made others quite jealous. It is missing one piece, so it will have to wait until I replace it before we feature it in our weekly Thrift Treasure series. 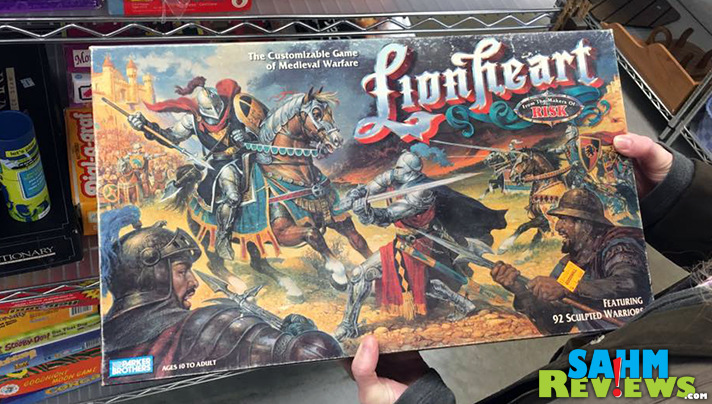 One we did find and have already begun wearing out is Ruckus by FunStreet Games. It’s a simple card game made of of 72 custom cards that supports 2-4 players. 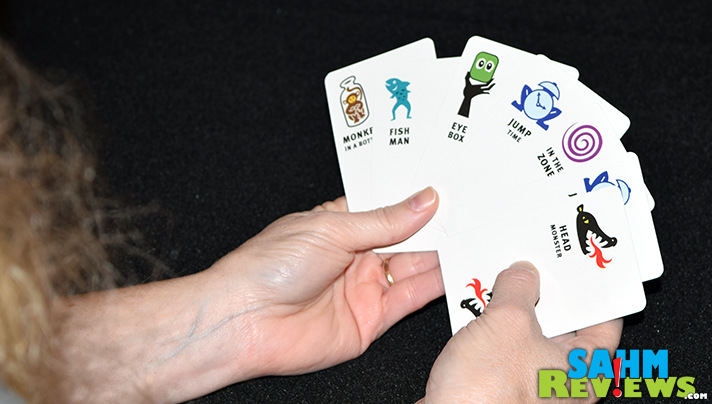 Ruckus is very similar to other matching games where you are trying to make pairs of cards before playing them down in front of you. But in Ruckus, everyone is a thief. Let me explain. 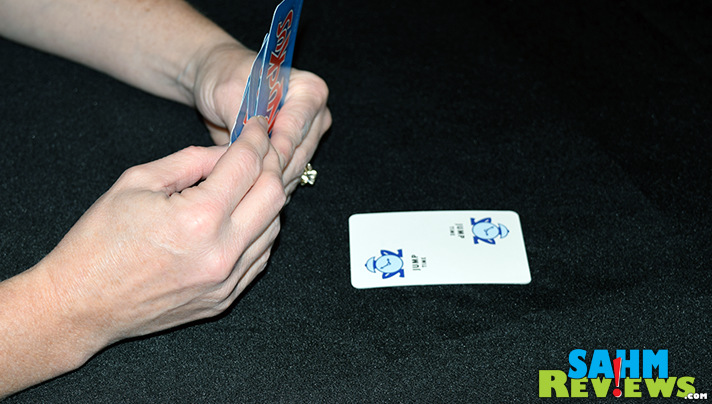 After shuffling the deck, each player is dealt a hand of seven cards. Your goal each round is to be the first player to get rid of all of their cards. To do so, you immediately play any pairs in your hand in front of you. Everyone is playing at the same time, so speed is very important. 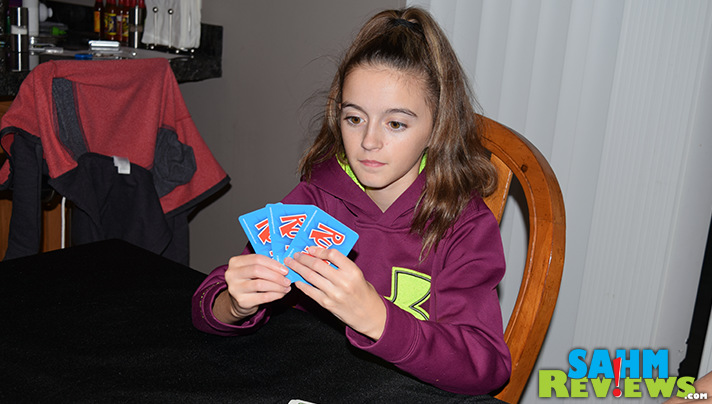 Then check your hand of single cards and see if anyone has any sets in front of them that match. If so, lay down your single card and “steal” the stack from your opponent. These cards will now score for you at the end of the round, assuming no one steals them back. 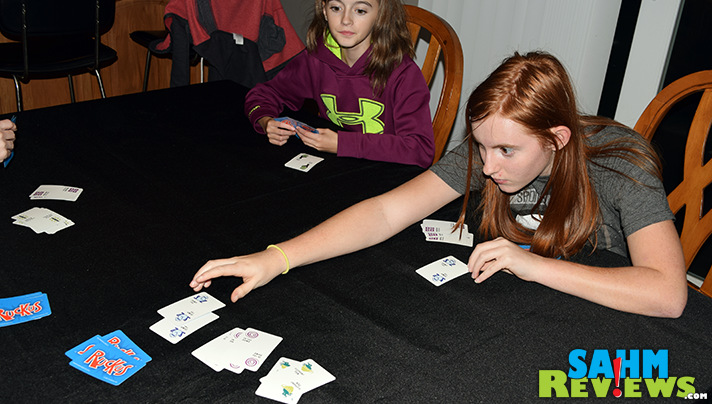 At the point where no one can play a card, each person is quickly dealt a new card and play resumes, setting down any matching pairs and stealing other stacks with matching singles from your hand. The first player to get down to one card may lay it down face-down and proclaim “Ruckus” to end the round (they may also choose to legally play it to steal, as long as they still yell “Ruckus” to signal they’re out of cards). 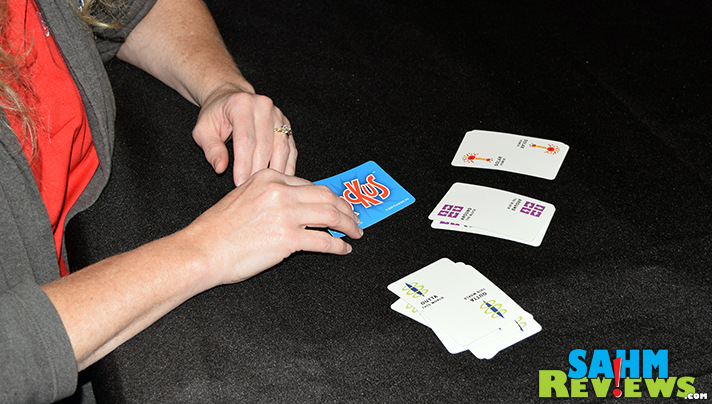 Each player receives one point for each card in front of them and subtracts a point for each card left in their hands. The player who yelled “Ruckus” also gets a five point bonus for ending the round. Setup and play additional rounds until one person reaches a total score of 75 – that player is the overall winner! 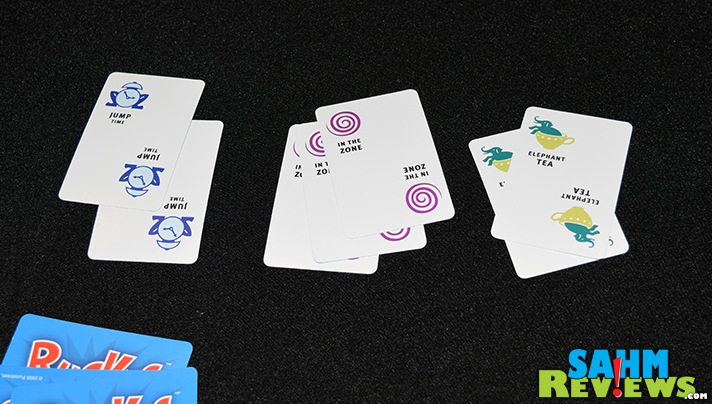 Ruckus surprised us with how quickly the rounds went (and how loud they got). Originally published in 2005 by FunStreet Games, it was picked up and reissued in 2012 by Imagination Games. You can still find new copies from either company on Amazon for around $14 and would make a great stocking stuffer (and travel game). And if you find it at a thrift store like we did for a couple bucks, definitely pick it up!