There is always lively discussion about whether or not one should purchase their games at conventions like Gen Con or Origins. Online retailers almost certainly will have it cheaper at a later date, but you can’t beat the experience of being one of the first people in the world to own the latest games. It’s also a treat to be able to meet the faces of those that help bring them to market. Sometimes you even have a chance to meet the games’ creators and get an autograph or two!

The events of this year only fortify our suggestion of “if you see and and want it, just buy it”. The ongoing bankruptcy of Hanjin Shipping has stranded many games (among other non-important products) in international waters. Rumors of extra fees, additional delays and more only exacerbate the crisis. We’ve heard of small game publishers whose inventory of their recently-completed Kickstarter campaigns is completely tied up. Even Samsung claims to have over $38 million worth of smart phones sitting on one of the ships. 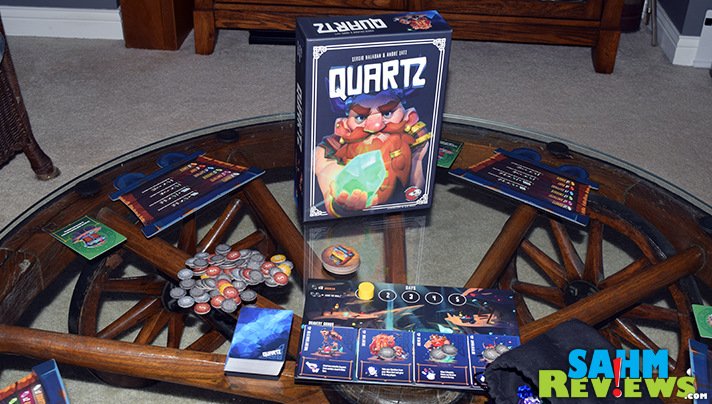 This is exactly why we’re happy to be able to show you the latest release from Passport Game Studios, Quartz. We were able to pick up a copy at Gen Con thanks to Passport flying in a limited number of games direct from China. As it now turns out, those are the only copies available for at least the next month as the balance of their factory order suffers the same fate as Samsung’s cell phones. But it does make for a good story and allows me to tease you a little bit about this game that you’ll certainly want in your family’s library.

You’re a dwarf. A dwarf that mines for gems. But so are your opponents, who are also your friends. To make the rigorous workday more interesting, you decide to make a wager with the other dwarves. Whomever can make the most profit mining and selling crystals after five days (rounds) will become the new owner of the mine! Since you’re all dwarves, nothing is as simple as it appears. Expect theft, backstabbing and more as you try to get your ore to the surface!

The game includes coin tokens, mining cards, 68 beautiful plastic crystals, a cloth mining bag, a main board and five individual player boards in the shape of a mining cart! Quartz is a combination press-your-luck game with a healthy amount of “take-that” in the form of the mining cards. 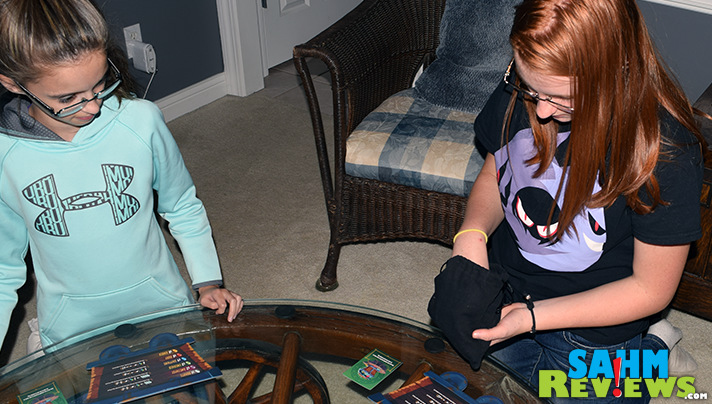 Starting with the person with the longest beard, each player takes turns doing one of three actions. Your first option is to draw a crystal from the mining bag. Each color gem exists in a different quantity, making some much rarer (and more valuable) than others. There is also a healthy amount of obsidian, considered to be junk by the dwarven market. 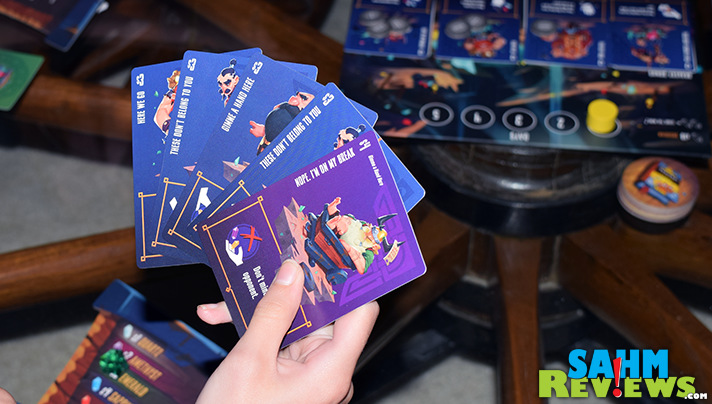 Instead of drawing you might choose to play one of the five cards in your hand. These allow you to perform various additional actions like slipping a piece of obsidian from your cart into another player’s, steal two valuable crystals from someone else or mine extra crystals from the bag and choosing the best to keep. Other cards also protect you from the other dwarves, stopping their thieving attempts or sticking someone else with the obsidian.

Lastly you can choose to leave the mine with your collected goods. Heading up to the surface will protect your goods and allow you to sell them at market at the end of the day. You’ll want to time this strategically as there are a couple things to consider. Drawing a second obsidian (or being given one by another player) causes a mine accident. No worries, you are rushed to the hospital for repair, but drop all of your crystals in the process. This nets you a score of zero – not a very productive day. Fortunately you do get an experience token as a consolation prize that allows you to rid yourself of one obsidian at any time on a future day.

On the main board there are also a number of cards and coin bonuses that are awarded in order of dwarves leaving the mine successfully. First to leave gets the lowest bonus, while the last to exit gets the best. Interestingly, the second-to-last gets nothing at all, so wait too long to leave and you might put yourself in a position where you have to leave (to prevent an accident) but have to forego any bravery bonuses! 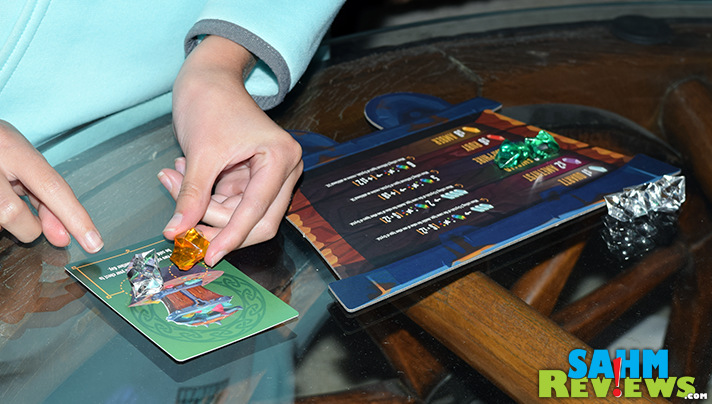 Once everyone has left the mine for the day, selling commences. You may store up to two crystals in your chest to sell at a later time, but the balance must be marketed right away. It’s an interesting scoring mechanism where the order of your sales matters. Sell a set of three like gems and the next gem color you offer retails for double. A set of four will allow you to double the next two colors! Don’t have similar gems? Five or six different colors also award bonuses. You can only receive one bonus type per day.

All sold crystals are returned to the bag and each player receives one additional mining card from the draw deck. New cards and coins are added to the main board for this day’s Bravery Bonus. The last player to leave the mine in the previous day begins this round. 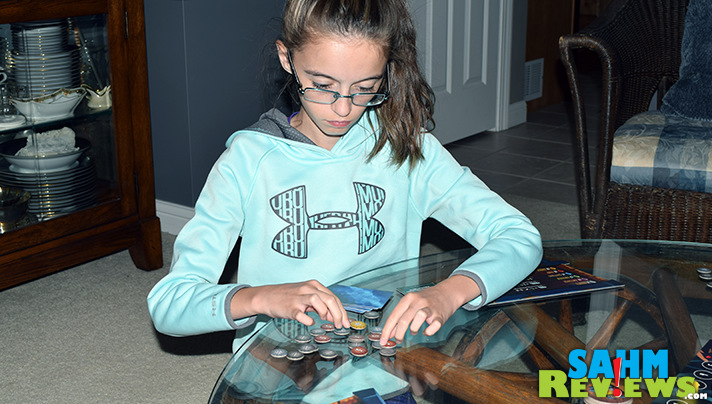 Once five days (rounds) are completed, you’ll receive a bonus for any cards you didn’t utilize. The amount for each is printed in the upper left corner of the card. If you have a leftover experience token, you’ll also receive $3 for it. Everyone sums up their coins and the dwarf with the highest amount is the new mine owner!

Quartz is an extremely fun and engaging family-friendly game that supports up to five players and plays in under 60 minutes. I’d love to be able to give you a link to go out and buy yourself a copy right now…but…you’ll have to wait on the ship to come to port like the rest of the world! Full disclosure – most people are expecting to have their shipments by the end of October, and once Quartz is available at retail we’ll be sure to update this post to reflect where you can buy one! (Update: Quartz is now available on Amazon!)

In the meantime, check out all the other great titles offered by Passport Game Studios and follow them on Facebook and Twitter to find out exactly when their dwarves will arrive!