As difficult as winter can be here in Iowa, there are some things that make it worthwhile. After the ground thaws and we get some spring showers, the combination of moisture and sunshine creates something magical: The morel mushroom. Several years ago, I shared about it on SahmRamblings. Today is a flashback to that memory and a reminder of things to look forward to when the weather is frigid and miserable.

This article originally appeared May 18, 2008 on SahmRamblings.com. 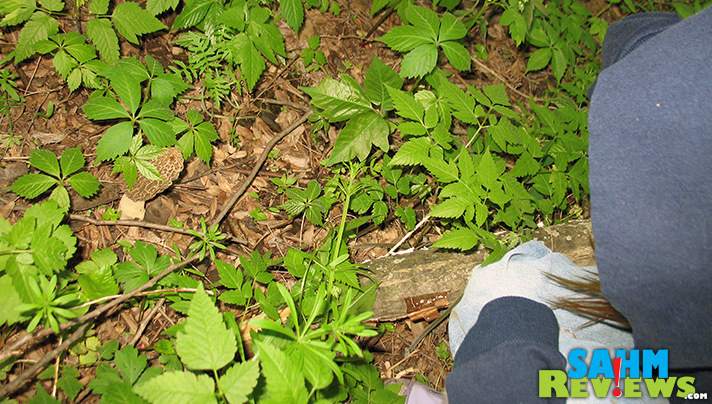 Can you see it?! No?  Look really close. It’s hiding, but it’s there. There are a lot of things that I couldn’t do in Los Angeles and morel hunting is one of them. Oh, how I missed it.

If you don’t know what a morel is then check out a few of these morel sites. Although the taste is fabulous, the actual hunt…and find… is what makes this mushroom such a treasure for me. 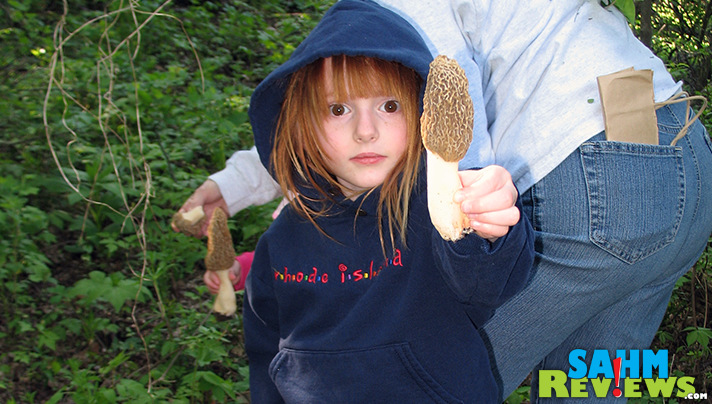 Since we moved back, I’ve been trying to schedule a morel hunting trip with my parents. The window of opportunity is very small and is extremely dependent on the weather. Last year, that little window was open while we were out of town. But this year was perfect and the girls are old enough to be able to do the trek with us. 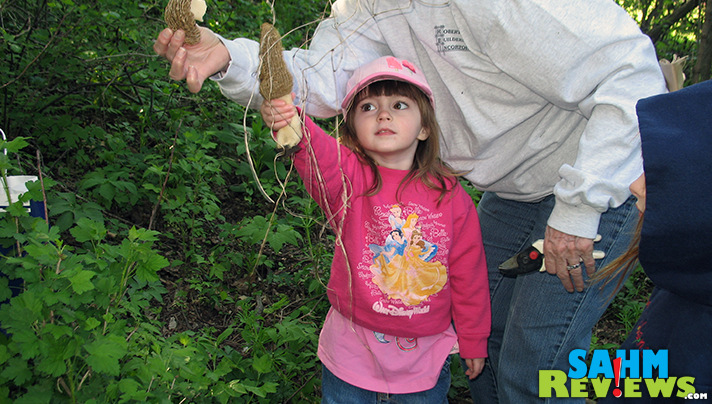 We headed out to a wooded area in Muscatine County praying that nobody else beat us to it. At first, the girls were skeptical. After that 30 seconds passed, we were good to go and Miss M could frequently be heard telling the rest of us to hurry up. She’s a natural-born hiker.

Once we found our first patch, we were all filled with excitement. My mom called the girls over to start looking and picking. Then I arrived on scene and found even more. DH trailed behind me and found ones that I had missed. Those sneaky little things hide when they see you coming. 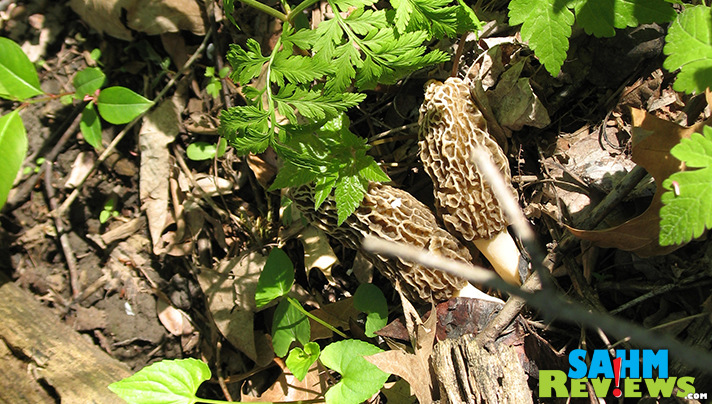 Miss K did a great job because she was lowest to the ground. She was actually finding them on her own without us hinting at an area to look. Miss M was doing just as well. 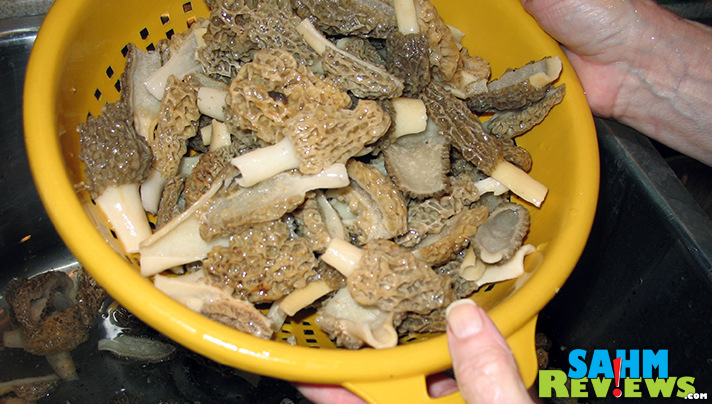 We ended up with about two and a half pounds of morels for this outing. We enjoyed several for dinner then froze the rest. I’m sure the girls will be just as excited for next year’s hunt as I usually am!

Have you ever hunted for morel mushrooms or had them in a recipe?