The other day I was mentioning that some games are even more fun when you get to assemble them. Both Connect 4 and Colt Express gave us additional value by having us construct the game before actually getting to play it. But this week’s Thrift Treasure proves that this isn’t always the case. While WizKid‘s Pirates of Davy Jones’ Curse is still fun to play, the assembly process was a nightmare. 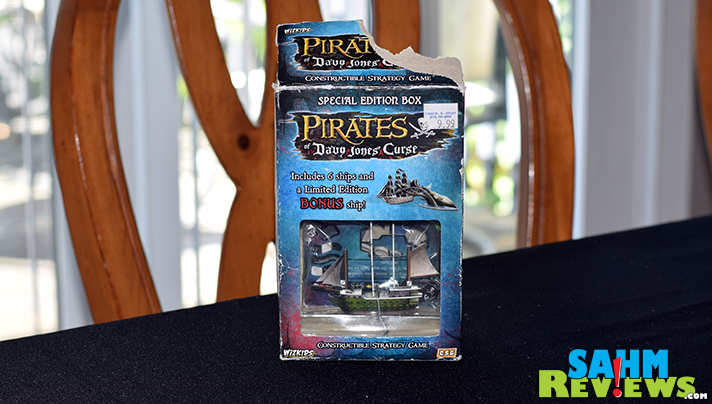 At an original MSRP of $9.99, Pirates does pack a lot in its tiny box. What keeps the cost affordable is the fact that you’ll spend an hour or two punching out and assembling the seven ships included in this set. Each ship is printed on credit-card-like plastic cards that have been scored so you can build your own ships. A vessel takes up one or more cards depending on its size and included decks, masts and flags. The end result is quite impressive. 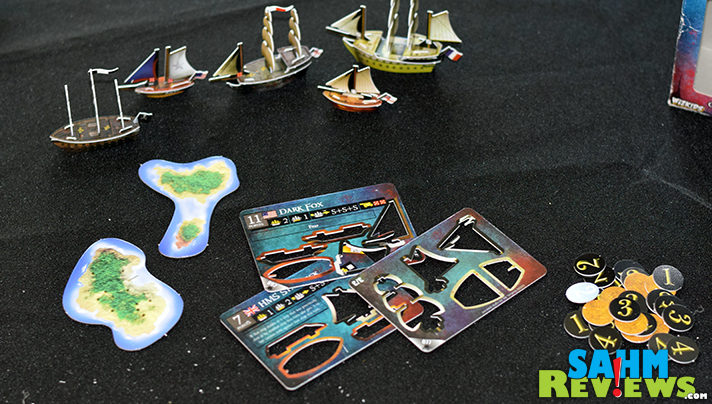 But the actual assembly is mind-numbing. The slots are just small enough to make insertion very difficult, probably too difficult for children. On the bright side, once assembled, it does not appear that they will come apart easily! 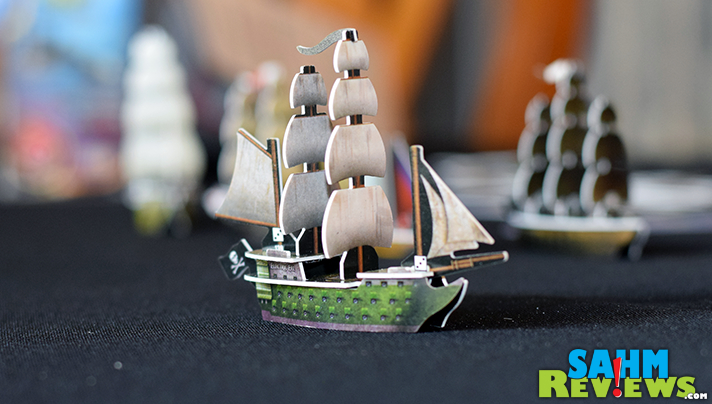 Pirates of Davy Jones’ Curse is billed as a constructible strategy game. Played on any tabletop, your goal is to move your Navy to islands containing treasure. On your turn you can move or attack, but not both. Movement is measured with the included card skeletons and each ship has its own movement capabilities. “L” signifies you to use the long side of the card, “S” for short. 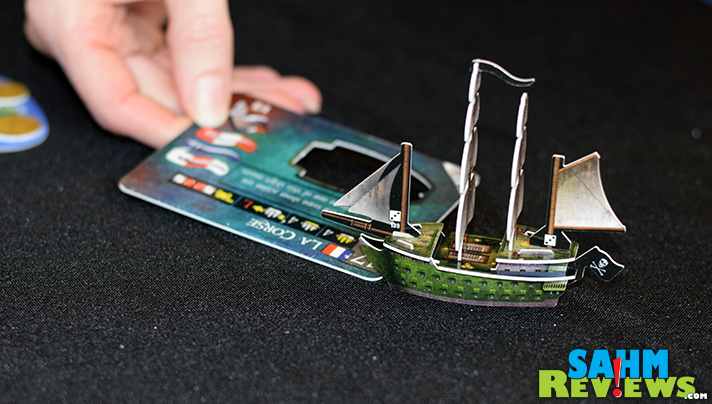 Once you dock with an island, you can load up your ship with the maximum amount of coins it can carry and head back to your home island. If your ship is within range of an opponent, you can elect to open fire. Each mast on your ship has a die printed on it, and that’s the number you must roll greater than to successfully hit another ship. A hit removes one of their masts – destroy them all and then one more hit sinks their ship. 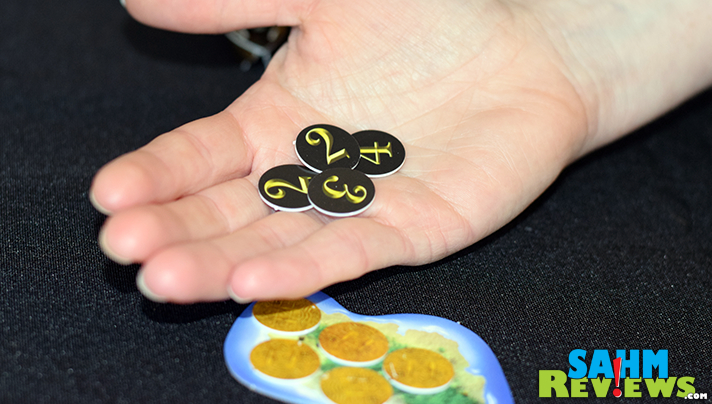 By collecting additional sets or packs, you can add to your fleet and embark on a more serious game (instructions included) that allows you to board other vessels, assign captains with unique abilities or even take down sea monsters or the dreaded Kracken!

If you can get someone else to assemble this, you will get a lot of enjoyment out of Pirates for only $10. The ships are very detailed considering the medium and can probably be used in other games to replace or upgrade other boats. You can still find copies on Amazon and eBay for right around the original MSRP, but I’d watch the toy aisle at your local thrift store to find a preassembled copy to try out!